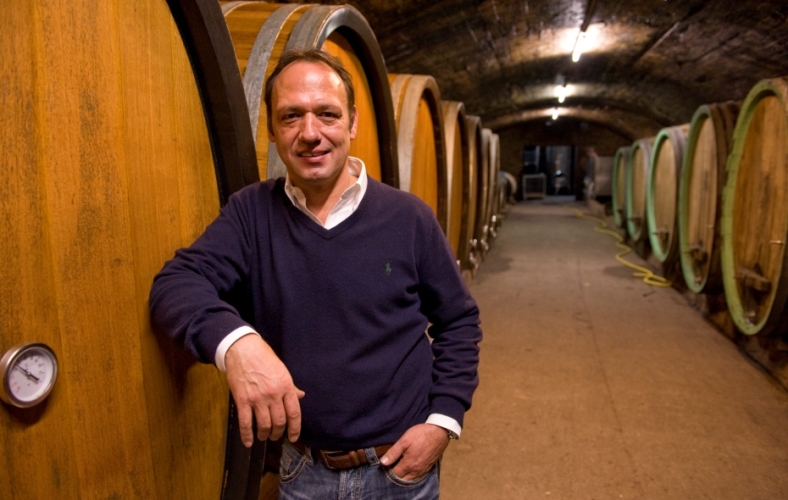 With Germany 2015 being touted as possibly one of the all-time greats and Jancis Robinson calling Mosel's quality "especially promising", Markus Molitor is definitely one to watch... 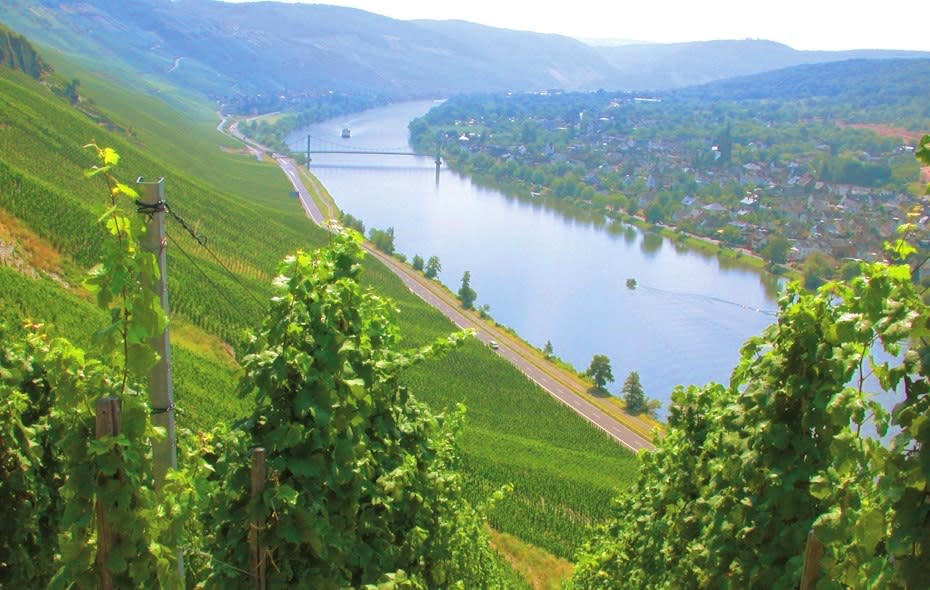 Markus Molitor, a winemaker described as being "in the wine world's highest league" by Wine Searcher, has just released his 2015s: browse them here. Although, at time of writing, these are yet to be scored by the critics (except for a big 18 points for his Wehlener Sonnenuhr Spätlese and 17 points for his Bernkasteler Badstube Kabinett from Michael Schmidt on www.jancisrobinson.com), there is a compelling argument for not waiting until the scores come out...

Starting from practically nothing in the early 1980s, Markus Molitor has rapidly grown into one of the world's most respected winemakers, with a list of accolades including Rising Star of the Year 1999 from Gault & Millau, Winemaker of the Year 2014 from Falstaff and raft of huge critic scores. He is also the proud owner of over sixty hectares of prime real estate that Mosel Fine Wines - an independent review of Mosel Riesling - describe as a *"who's who of Grand Cru between Erden to Bernkastel and the Southern Saar."

Wine Searcher have said that Markus Molitor: "...makes, with stunning regularity, wines that are unparalleled. The result is – year in and year out – an incredible variety and number of magnificent wines...". The respected wine search engine also dubbed him "Herr 300 Points" after he became the first German winemaker to be awarded three perfect 100 point scores from Wine Advocate (who called it a "tour de force") in a single vintage. He achieved this incredible feat in 2013, a mild vintage awarded a lowly 80 points by Wine Advocate with "wet weather in September and October which proved many producers' undoing" according to Jancis Robinson. So one can only imagine what Markus Molitor will achieve in the superior quality 2015 vintage, one that Michael Schmidt has suggested could be the "vintage of the century", Jancis Robinson has described as "wonderful" and German experts are calling "epic".

The three wines that scored 100 points for the 2013 vintage sold out almost immediately on release. Therefore, if the 2015 vintage is as good as critics are suggesting, it might be worth snapping these three up before the scores are released, especially as many producers are reporting lower than average yields.

Wine Advocate's Stephan Reinhardt described the 100 point-scoring 2013 as "one of the finest and purest Ausleses I have ever tasted" and "a breathtaking Wunderwerk of precision." Buy the 2015 here.

Reinhardt said of this 100 point-scoring 2013: "This is an amazing wine." David Schildknecht awarded the 2011 (before the introduction of the capsule colour coding) a perfect 100 points too, saying "I imagine it casting a spell for at least the next three decades and probably well beyond." Buy the 2015 here.

Zeltinger Sonnenuhr (pictured above) is a personal favourite of Markus Molitor, who says: "the sheer size of my holdings in the Zeltinger Sonnenuhr allows me to make extra selections there. This explains probably why I am associated with this vineyard more than with any other. But also in my heart, I have a passion for this terroir." Reinhardt praised the "complexity" of the 100 point-scoring 2013 as "another laser sword in the armada of starred Ausleses. Pure and precise..." Buy the 2015 here.

Molitor's wines are spontaneously fermented using native yeasts deep in his cellars, he employs organic vineyard practices and almost brutally limits the yields from his already low-yielding old vines. But it is his perfectionist quality control that sets him apart. According to Stephan Reinhardt: *"his pickers examine every nobly rotten berry three to five times to decide it if is right for TBA, BA or Auslese **. That's completely crazy, but the results taste crazy good." Wine Searcher describes this cult winemaker's wines as going "full throttle for power, spice and mineral". So although the wines have finesse and class, they are by no means shrinking violets.

The innovative Molitor has introduced different capsule colours to denote the sweetness of his wines:

A green capsule (abbreviated to GRK on our website) denotes off-dry of feinherb wines. View the off-dry 2015s here.

It is not just the critics who love Markus Molitor's wines. The perennially popular and well respected Van Volxem have teamed up with him for a joint project on the blue slate slopes of Geisberg, just outside Scharzhofberg. The pair have bought minute plots from more than 50 different owners to amass 14 hectares in Ockfen. We await the results of this collaboration with bated breath, as Jancis Robinson reports to have seen "copies of old documents showing that Geisberg wines had at one time sold at auction at prices greater than Scharzhofberg and Chateau Latour."

Controversial news broke recently that Markus Molitor and Lubentiushof's application for membership of the Mosel VDP (also know as the Grosser Ring) had been rejected. As Michael Schmidt put it on Jancis Robinson's blog: “the possibility that they were rejected on the grounds of wine quality can be completely dismissed. Both estates have proven over more than a decade that they belong to the absolute elite of Mosel producers.” He went on to say that these two estates “would have added nothing but prestige to the reputation of the Mosel VDP.” Such was the backlash against this decision that the President, Egon Müller of the legendary eponymous Scharzhofberg estate, who had backed the proposal to bring Markus Molitor on board, was so disappointed with the decision that he announced his resignation. The matter hangs in the balance until the Grosser Ring reconvenes later this month. However, what is clear is that Molitor's growing cult status, combined with backing from the likes of Egon Müller and Van Volxem, mean that this decision only damages the VDP and not the winemaker himself.

And anybody still in any doubt about Markus Molitor's credentials may enjoy this video, hosted on Jancis Robinson's website, showing one of his wines selling for five times the estimated price at the Bernkasteler Ring Auction 2011.

To get your hands on Markus Molitor's 2015 click here. 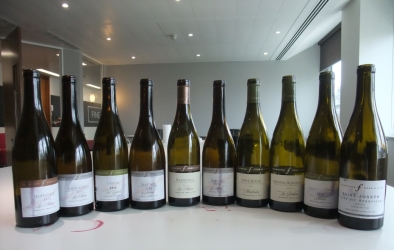