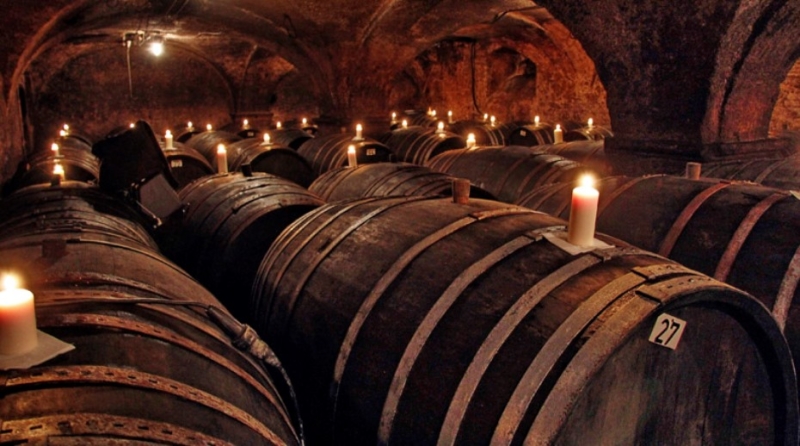 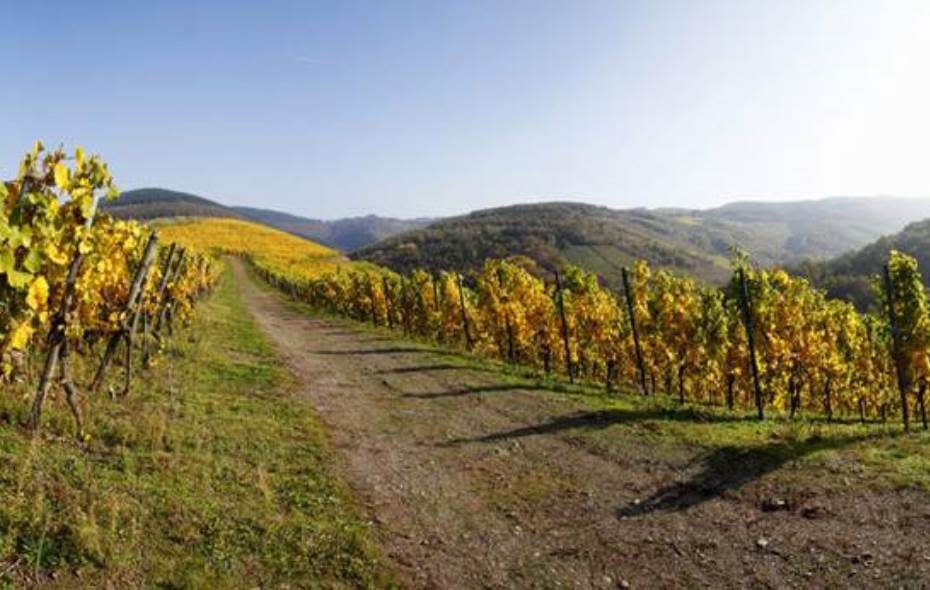 German wine expert Martin Zwick, organiser of the Berlin Riesling Cup and contributor to Wine Pages and Wine Berserker forums, flagged Max Ferd. Richter's Wehlener Sonnenuhr Riesling Kabinett 2015 as a "strong contender for 'Kabinett of the Year'" and "one of the discoveries of the year." Proving to be immensely popular with FINE+RARE customers, the full UK allocation of sixty five cases sold out via our website in a week, a remarkable feat in the midst of the biggest En Primeur campaign for many years. Those lucky enough to have secured some of this wine will be pleased to know that it has just won the Berlin Kabinett Cup - further proof of its superb quality.

On Sunday 12 June, a jury of German wine aficionados, including Martin Zwick, David Schildknecht (formerly of Wine Advocate), Mosel expert Lars Carlberg (read his report here) and many others, gathered in Berlin to taste the 2015 Kabinetts. With critics tentatively calling this the "vintage of the century" and Jancis Robinson exclaiming: "What wonderful 2015s Germany has produced!", the wines on offer represented an intriguing prospect (although we understand that Dönnhoff and Keller's wines arrived too late to be tasted on this occasion).

Martin Zwick's prediction was proven correct with Max Ferd. Richter Wehlener Sonnenuhr Riesling Kabinett 2015 winning the overall competition. Unfortunately, this wine is now sold out, although we will continue to try and find more on the secondary market. However, as FINE+RARE aren't tied to specific wineries or producers, we have been able to source the second, third and fourth wines, all presenting remarkable value for money. And as Martin Zwick notes: "Bottom line, buy Mosel 2015, as these are wonderful wines whether ranked 1st or 42nd."

On Friday 17 June we were lucky enough to meet Max von Kunow, owner and winemaker at Von Hövel, at the FINE+RARE office in London. According to Martin Zwick: "Von Hövel have been on the up for the last few years." and Von Hövel have been one of the most successful wineries in the Berlin Kabinett Cup since winning the inaugural competition in 2012. 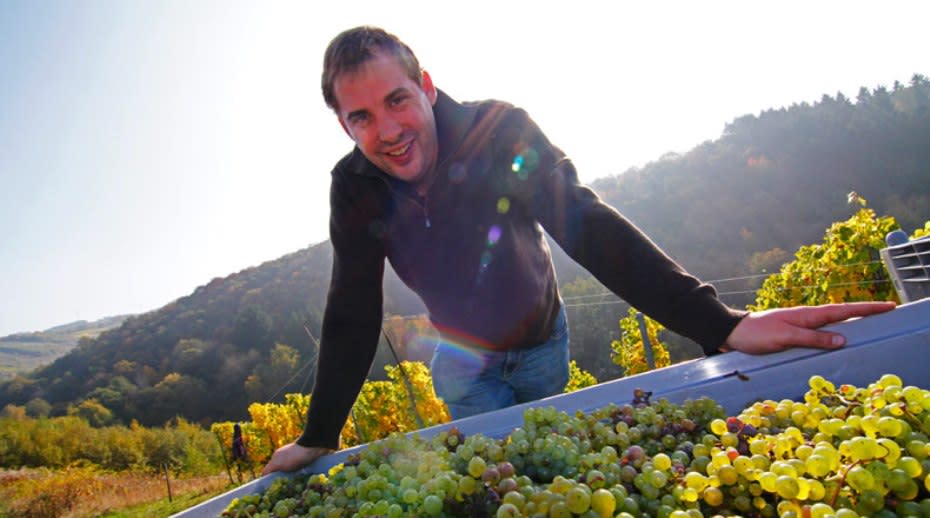 So it wasn't a surprise to Martin Zwick or the assembled judges that the Von Hövel Saar Riesling Kabinett 2015 should come second in this year's competition. However, what might come as a surprise to some is that this relatively meagre-priced wine, which predominantly sells in US and Asia, finished above such heavyweights as Egon Müller, Dr Loosen and Willi Schaefer.

Good fortune seems to favour Max von Kunow, who took the decision to double the size of the Von Hövel estate in 2014, therefore reaping the benefits of 2015, a vintage he describes as "a great vintage for Germany, especially Mosel and especially for Kabinett and Spätlese." According to von Kunow 2015 is "better than 2001" - a vintage described by Jancis Robinson as "A very great, long-term vintage" - and it reminds him more of the legendary 1971, which received the highest score ever for Mosel on Wine Advocate's Vintage Chart. What makes 2015 so special is "the balance of acidity, fruit, salinity and minerality",  says von Kunow, and that the wines are unusually excellent for both "keeping and drinking."

The Saar Riesling Kabinett comes from four Grand Cru vineyards (Obermenniger Euchariusberg, Krettnacher Altenberg, Oberemmeler Karlsberg and Niedermenniger Sonnenberg), all are south or south west facing, and consist of slate and quartz soils with an average vine age of 35 years. The wine is made with natural yeast and von Kunow says that when you taste the 2015, "you understand a perfect Kabinett from Germany." Scoring it at only one point behind the winner, one attendee of the Berlin Kabinett Cup has posted tasting notes on Verkostungsnotizen, an Austria-based online wine database, highlighting the "beautiful nose" and describing it as *"slightly creamy, very long, with a fiery finish."**

This wine offers incredible value for money and judging by the speed at which the slightly higher priced Max Ferd. Richter Wehlener Sonnenuhr Riesling Kabinett 2015 sold out, we do not expect this to hang around for long...

We understand that Egon Müller's Scharzhoberger Kabinett 2015, which finished fifth in the competition, has now sold out from the estate (we are actively looking to source this is the secondary market). However, Von Hövel Scharzhofberger Kabinett 2015, which finished well within the Top 20 and comes from the same prestigious vineyard in Wiltingen on the Saar, is still available and at a substantially lower price. Rieslings from Scharzhofberg are legendary and from a vintage like 2015 that is being compared to the greatest ever vintages, they will be out of this world. And as only a few producers make wine from this tiny plot, this is a truly rare opportunity...

As previously advised, the precipitous and craggy Wehlener Sonnenuhr vineyard is a veritable who’s who of German wine; home to Joh Jos Prum, Dr Loosen, Markus Molitor and of course the Berlin Kabinett Cup winner Max Ferd. Richter to name just a few among the 200 that own portions of it. This blue slate vineyard that takes its name from the sundial at its centre, built by Jodocus Prüm in 1845 so workers could tell the time, produces some of the Mosel’s finest and rarest wines due to its tiny size, old and largely ungrafted vines and the hotchpotch of different ownership. The fact that two of the top three wines hail from this vineyard is testament to its quality. Stephan Reinhardt of Wine Advocate describes wine grower Thomas Haag, the man behind Schloss Lieser, as "a star" and the producer of "some of the most delicate and gracefully chiselled Rieslings." The jury member posting on Verkostungsnotizen notes this wine's spice, delicacy and "strong acidity", comparing it to a light Spätlese in style and scoring it just three points behind the winner.

This wine is coming soon. Watch this space and we will update you as soon as it becomes available.

According to Stephan Reinhardt of Wine Advocate: "Haart is widely accepted as one of the very best Riesling producers in Germany. But his wines have a personality that is much wilder and more expressive than his own nature." He picks out Haart's Kabinetts as "spicy-mineral, yeasty, and very complex."

Hailing from the Piesport Grand Cru, Haart Goldtröpfchen Riesling Kabinett 2015 is another outstanding wine and one of the rare finds from the competition winners to have been scored by Jancis Robinson so far:

"Heady, rich, a real cocktail of flavours including flowers and dry spices. Mouthfilling and so confident! Seems so much more satisfying than the trocken Haarts. Lovely juice!" - 17 points

And the Berlin Kabinett Cup judge posting on Verkostungsnotizen picks out "smoke, yeast, ripe fruit" and "high concentration", scoring it just 3 points behind the competition winner.

This wine is coming soon. Watch this space and we will update you as soon as it becomes available.

Germany 2015 looks set to be a must-have vintage. So FINE+RARE will continue to seek out the best wines from it. More offers to follow. View all currently available wines from Germany 2015. 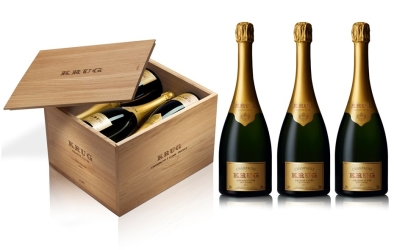