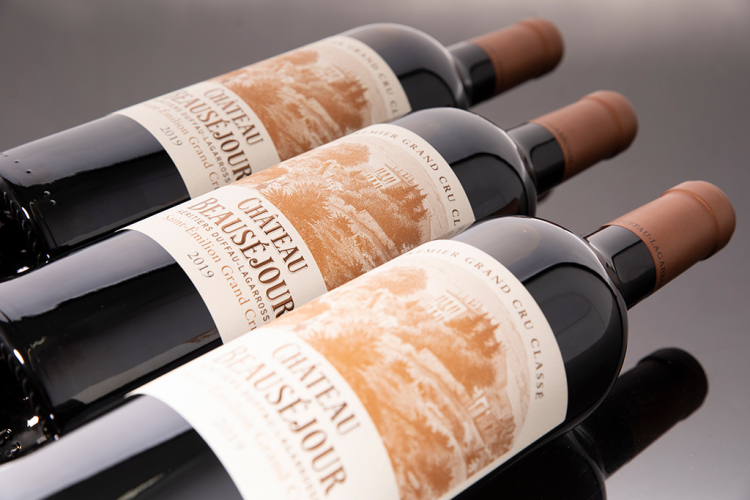 The 2021 vintage was a challenging year in Bordeaux – but at Saint-Emilion estate Ch. Beauséjour Duffau-Lagarrosse, it was also the first with Joséphine Duffau-Lagarrosse at the helm. We visited the young vigneronne to find out what it means to take on such a legacy

Ch. Beauséjour Duffau-Lagarrosse clearly has some fantastic terroir. One of only a handful of top-rated Premier Grand Cru Classé B estates, it is beautifully positioned on the southwest-facing slopes of Saint-Emilion’s famous limestone plateau.

The property gained notoriety with the release of its 1990 – a wine Robert Parker professed as being “the wine of the vintage” en primeur – in his view beating other legendary wines from the year, such as Margaux, Pétrus and Latour. After maturation in bottle, he went further and declared that it may be “one of the greatest wines made this century”. A legend was born.

This historic estate has been in the Duffau-Lagarrosse family since 1847, but Joséphine’s recent take-over was far from straightforward. Prior to the sale, it was owned by 30 members of her family. With the majority wanting to sell the property. Determined for it to remain part of the Duffau-Lagarrosse legacy, the only option was to attempt to buy it herself – no small feat for the then 30-year-old.

But this prime-positioned Saint-Emilion estate had plenty of bidders queuing to snap it up, undeterred by the €75 million price tag – a price far beyond Duffau-Lagarrosse’s means. Initially, it was a bidding war between neighbouring Ch. Angélus’s Stéphanie de Boüard and Clos Fourtet’s Matthieu Cuvelier. Then, however, the Courtin-Clarins family stepped in – and offered to partner with Joséphine Duffau-Lagarrosse. 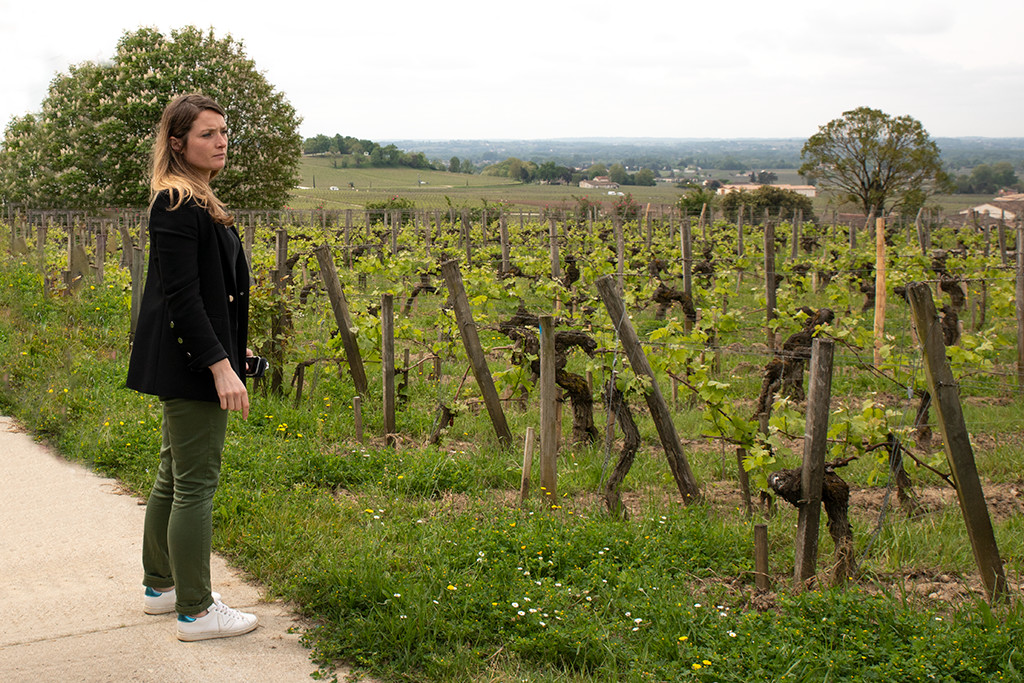 Joséphine Duffau-Lagarrosse in the vineyard

Joséphine met with Prisca Courtin-Clarins, Clarins CEO and the third generation to run her family’s cosmetic empire (which remains 100% family-owned). According to Duffau-Lagarrosse, they instantly hit it off and the synergy between them was obvious: two young, talented, ambitious French women. Duffau-Lagarrosse had all the technical know-how to make great wine, as well as a life-long experience of the estate. Courtin-Clarins, meanwhile, had all the commercial experience and financial backing to help manage and develop the business side of the property. Joséphine invited Prisca to see the château and she loved it. Within a month of meeting, they had put in their own bid. With the family connection, their bid was favoured and the two of them became co-directors on 12th April 2021.

Walking around the amazing labyrinth of limestone caves under the property (covering 650 square-metres), where Duffau-Lagarrosse now ages the wine, you can see how proud she is of her family estate and how excited she is for the future – now under her control.

She admits that it all happened a bit quickly. After deciding to follow in her family’s oenological footsteps, she had deliberately stayed away from Bordeaux for as long as she could, knowing that her family ties would eventually pull her back. Born and raised in Pomerol after graduating, it wasn’t long before she was travelling around the world, learning to make wine in regions other than Bordeaux.

Duffau-Lagarrosse has an impressive resumé, working under some of the world’s best winemakers. She worked with Ch. Margaux’s Phillipe Bascaules when he was at Inglenook in Napa Valley, before heading to Hawkes Bay in New Zealand to work on Bordeaux blends in a contrasting climate. Following her stint there, she went to Mexico to work on a project with famous Bordelais consultant Stéphane Derenoncourt, before returning to France and working in Burgundy with Maxime Cheurlin at Domaine Georges Noëllat – someone who had inherited an historic family estate at a similarly young age.

Of all the vintages to take on such a legacy, however, 2021 was far from the easiest – a year that asked everything of its makers. “It was not easy,” she admits, a smile sneaking onto her face, “but I really enjoyed it.” As we tasted the 2021, we asked whether she’d had to chaptalise – a common practice in the year’s cool conditions. For a millennial born in the era of climate change, it was totally new to her, but she felt it was needed to round out the mid-palate. “So I called Burgundy,” she jests, a twinkle in her eye. Despite its challenges, Duffau-Lagarrosse is very pleased with her 2021 – the first full vintage under her lead – and as she should be. 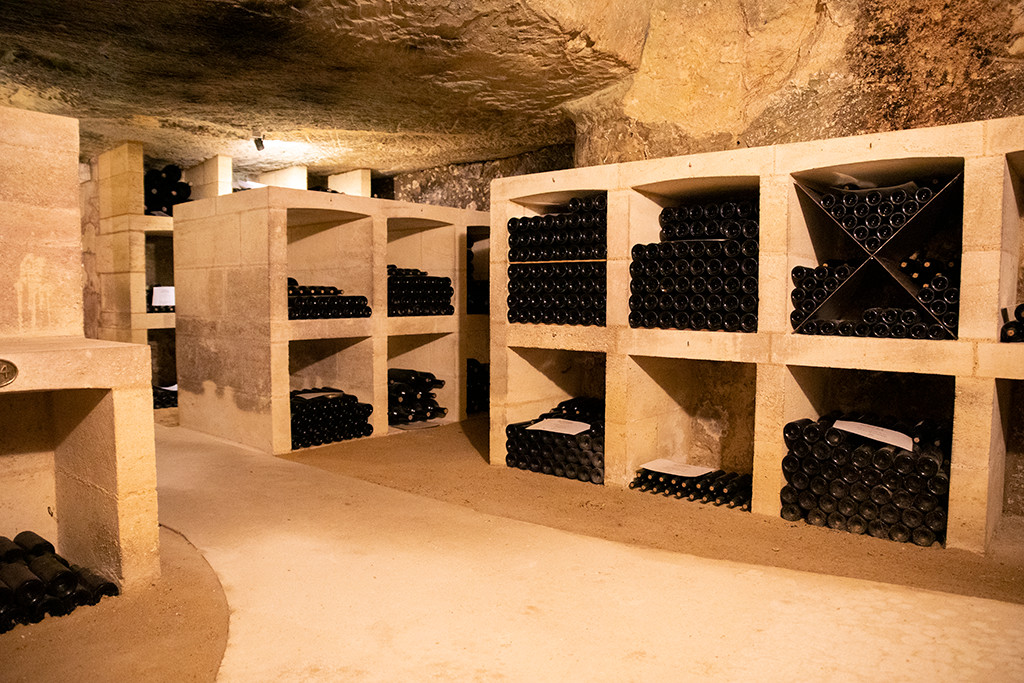 The beautiful cellars carved out of limestone, beneath the vineyards

She certainly respects what previous winemaker, Nicolas Thienpont, had done with the estate over the last 12 years – consistently producing one of the top wines of the vintage. Without swerving away from his style, Duffau-Lagarrosse is still keen to put her own bent on the wine. Reducing the amount of new oak is perhaps the most obvious first step – although that is also understandable considering the vintage conditions in 2021. She is also keen to make sure extraction levels are very carefully monitored and this was particularly important in 2021. “We had to question everything,” says Duffau-Lagarrosse, but the challenges proved to be a fast-track for understanding the terroir she had inherited.

And she wasn’t alone – hiring two of Bordeaux’s leading consultants, Axel Marchand (professor of oenology at Bordeaux University) and Julien Viaud (the co-owner of Michel Rolland’s consultancy, which according to Duffau-Lagarrosse, has a contrasting and complementary approach to Rolland’s philosophy of high extraction and high proportions of new oak). The new team is certainly one of the most exciting and positive developments in Saint-Emilion – especially given the recent tumult in the appellation.

There is certainly a lovely balance to the Ch. Beauséjour Duffau-Lagarrosse in 2021, and the wine has captured the beautiful, scented perfume of vintage’s top examples. It’s a wine that shows the promise of this vigneronne and address – one that is set to compete with the very best in the appellation. The legend safe in the hands of its rightful owner.