EditorialwinesGaja: The Legendary Estate at the Heart of Barbaresco

Gaja: The Legendary Estate at the Heart of Barbaresco 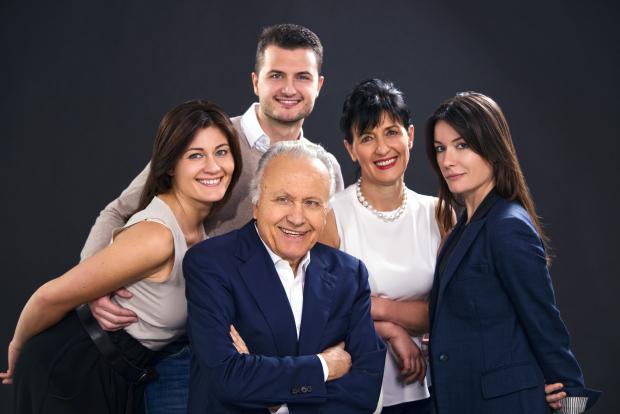 The wines of Angelo Gaja have been at the forefront of Piedmont for many years. An ancient family domaine established in the 1850s, the business was revolutionised by Angelo when he joined in 1961, bringing methods and a philosophy that were decades ahead of their time. He introduced higher density planting and green harvesting to the region – reducing yield to increase concentration and ripeness. He also began to produce single vineyard wines from sites in Barbaresco, accentuating particular flavour profiles due to the distinct expositions and soils, something not widely practised in the region at the time. Single vineyard production was started with cuvees Sorí San Lorenzo in 1967, Sorí Tildin in 1970, and Costa Russi in 1978.

From the 1996 vintage onwards, Gaja intentionally declassified his DOCG Barbaresco and Barolo wines to Langhe DOC (apart from two cuvees – one Barolo “Dragomis” and one Barbaresco). This was necessary as his top cuvees were no longer 100% Nebbiolo (necessary for the DOCG Barolo and Barbaresco qualification). He started to add a small percentage of Barbera to the wine (5-6%) to improve the balance and acidity of the wines.

Following Angelo Gaja’s travels around Europe, as well as his Enological studies at the University of Montpelier in France, he began to experiment with international varietals on his return to Piedmont, planting Cabernet Sauvignon, Sauvignon Blanc and Chardonnay. It was a move that did not best please his father – so much so that Angelo went on to name his Cabernet Sauvignon cuvee “Damagi”, a Piedmont expression translated as “what a shame” – something his father would mutter every time he walked past the vineyard.

Whilst identified as a "modernist" of Piedmont - often described as "the man who dragged Piedmont into the modern world" - his winemaking processes are more accurately defined as “fusionist”, employing a combination of modern and traditional methods. Whilst the wines are predominantly aged in large, old Slovenian oak barrels (Botti), a traditional method for maturation, many of the wines spend the first 12 months in barriques (1/3 new French oak) prior to finishing off in the Slovenian oak barrels. This “modernist” approach is employed to soften tannins and add flavour intensity to the wine. Similar practices have been adopted by other modernists such as Luciano Sandrone and Aldo Conterno in Barolo.

The winery has received a record number of 53 Tre Bicchieri in 29 years from Gambero Rosso – the leading Italian wine review publication – more than anyone else in Italy.

In 1998 Angelo Gaja expanded his vineyard holdings outside of Barberesco by buying vineyards in Barolo (28 hectares in total) with his first vintage of Barolo “Sperss” being the 1992 vintage. He expanded outside of Piedmont buying vineyards in Tuscany (Montalcino in 1994 and Bolgheri in 1996). The winery is now run by Angelo's daughters Gaia and Rosanna. Gaja produces 18 different wines from Piedmont (totalling 100 hectares under vine), as well as 110 hectares in Bolgheri and 27 hectares in Brunello di Montalcino.

GAJA: THE NEXT GENERATION 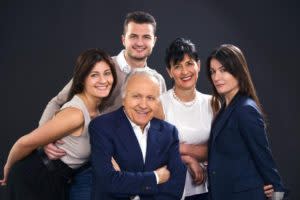 Sisters Gaia and Rosanna are now at the helm of this legendary estate in Barbaresco. Their father Angelo revolutionised the region through viticulture and vinification techniques, but now it is his daughters who must tackle the current issue at the forefront of today’s winemaking – global warming. Gaia and Rosanna have introduced some new elements to the estate after convincing their father to invest in a collaboration with botanists, entomologists as well as academic research to help in protecting the region from the rise in temperatures and the decline in rain. To protect the humidity of the soil they only use sulphur and copper in the vineyards - no pesticides or herbicides - as well as incorporating the use of plant extracts (propolis, cinnamon, mint, seaweed, rosemary) on the vineyards as natural defences against pests and disease.

“If Cabernet were a man, he would do his duty every night in the bedroom, but always in the same way. Nebbiolo, on the other hand, would be the brooding, quiet man in the corner, harder to understand but infinitely more complex.” - Angelo Gaja