EditorialwinesGaja Exclusive Interview: Greatness through a culture of doubt

Gaja Exclusive Interview: Greatness through a culture of doubt 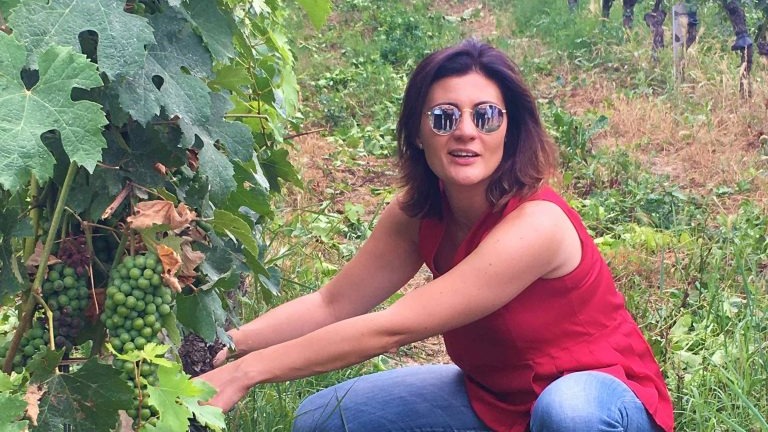 This week we were very lucky to spend four days in Italy with one of the world’s great wine producers - the Gaja family of Barbaresco. Angelo Gaja has become one of the fine wine world’s legends, and spending time with the whole family, who all work full time on the estate, it quickly became apparent how important collaboration and consultation are to the family's legacy.

Despite the international fame of the estate, information on the winery, their portfolio and recent developments are not easy to come by. Angelo insists on not having a website and they have only recently opened the winery to visitors, providing they donate €300 to charity for the access. So it was a great privilege to spend time with them to really understand their ethos, recent developments in their expanding portfolio and their thoughts and concerns about the current fine wine industry. Special thanks go out to Patrick McGrath and his team at Hatch Mansfield (Gaja’s new UK agents) for organising the trip for us.

Angelo Gaja now aged 79 has been making wine at the estate for over fifty years. Angelo's philosophy is to think differently, leading by example when he experimented with international grape varieties and became the first to plant Cabernet Sauvignon in Barbaresco, much to his own family's dismay ("Damargi!"). However, his philosophy to think differently is one that he inherited from his father and grandparents before him, and so the family has always espoused a freedom for the next generation to carve their own way - accepting that they are the future of the winery and will be the ones to carry the responsibility of their decisions on their shoulders. The philosophy to think differently and to question everything has been at the heart of the estate since its inception.

Extraordinarily a quality-led approach has been at the heart of the family's production right back to the 1850s which, considering how little known the region was at that time, shows remarkable fortitude. This drive, through retaining what Angelo describes as a “culture of doubt”, has been central to the estate's success from the start and has been maintained over five generations, thus cementing its reputation as one of the world’s most consistent fine wine producers. 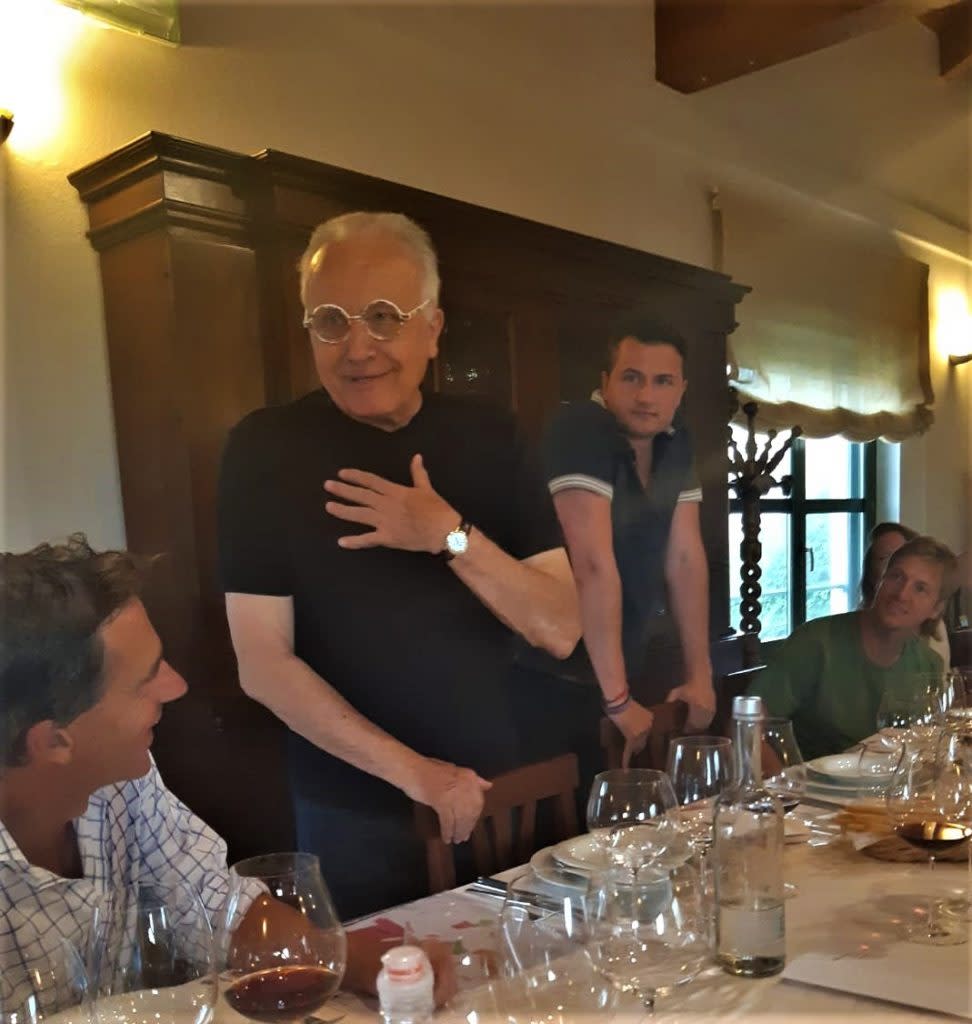 At 79 years of age, Angelo's energy and enthusiasm for his property and his wines is captivating. For a man of his stature in the wine world to welcome us with a speech about uncertainty, the need for flexibility and the importance of never assuming any knowledge regarding winemaking and viticultural principles is remarkable. Of all the people in the world, Angelo Gaja would be one of the most qualified to say “I know what I’m doing...I know what makes a wine great”. Yet he isn’t the least bit interested in resting on his laurels. Instead, he sees a period of great change ahead and for him this requires constant questioning and testing of principles that might have worked in the past.

Angelo explains the wines of the next 50 years will not be the same as the wines of the last 50 years. Global warming is a real threat to the existence of fine wine production and the estate must be flexible and attuned to experimentation in such uncertain times. Methods that worked in the past are not necessarily going to work in the future. Things have already changed under the influence of the new generation of Angelo’s children - Gaia, Rossana and Giovanni. One response to the threat of climate change is the family's experimentation with plantings at higher altitude in the Alta Langhe, planting Pinot Bianco at 650 metres above sea level. 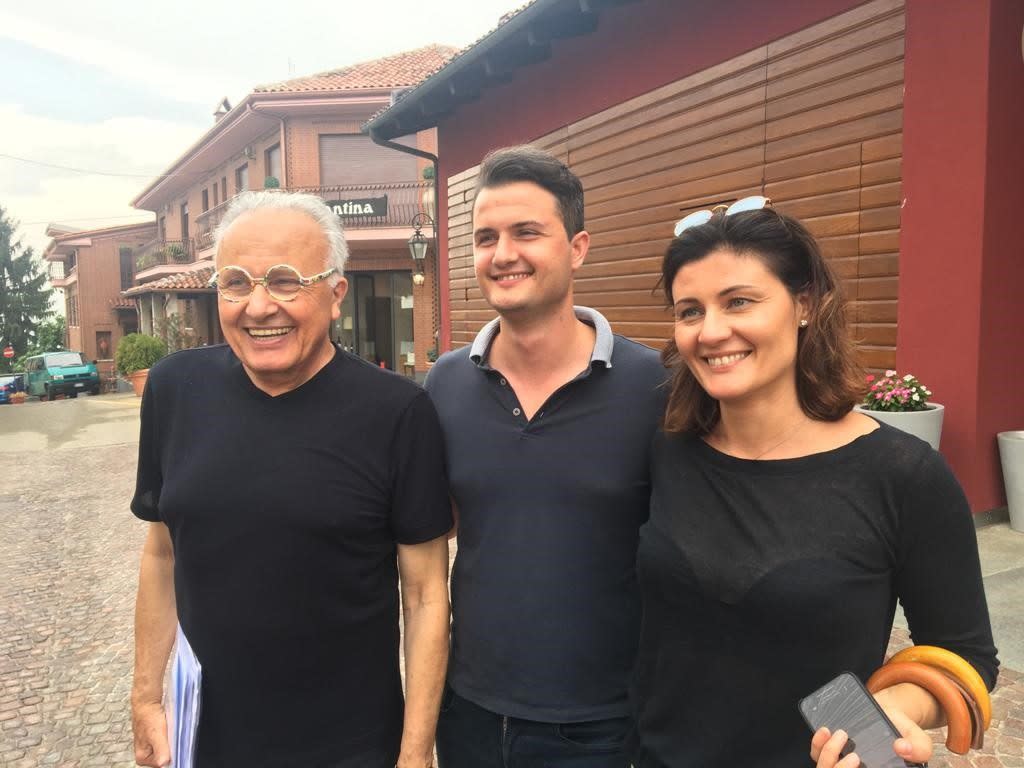 In 1996, Angelo made another controversial decision to blend a portion of Barbera into his single vineyard Barbarescos, thus breaking with appellation conventions and foregoing the Barbaresco DOCG label. His motivation was to balance Nebbiolo's more austere personality with Barbera's more approachable one. This practice was traditional pre-1966 appellation rules were introduced, so whilst Angelo was thinking differently, it was actually with a more historical tradition in mind. However, since the 2013 vintage, the children have taken the decision to once again make their top single vineyard wines of Sori Tildin, Sori San Lorenzo and Costa Russi as 100% Nebbiolos, which now bear the Barbaresco DOP label. Whilst previously Nebbiolo had always been a struggle to ripen, as the world warms up Giovanni states there are no longer bad vintages, not since 2002. Angelo accepts this decision full-heartedly.

This “culture of doubt” and a propensity to question everything predates Angelo and his children and has been central to the success of Gaja right back to the early days. Giovanni Gaja was the first producer in the region to bottle his own wines in Barbaresco in 1859. Giovanni only bottled the best batches of wines which at that point was a blend of vintages, and this consistency of quality saw the wine gain a following way beyond its local market. Through the generations the consistency of quality remains and eventually led to the wine out-pricing the best wines of the more established neighbouring Barolo.

Whilst Angelo assures us he has no desire to retire, he has taken a step back to allow his children to take up the running of the estate - encouraging them to "think different, think different, think different!" Gaia's response to this imperative in the face of everything that her father and previous generations have achieved already is measured. "We don't feel like we have to make changes just to make something new. Our job is to be part of a chain, and to constantly seek iterative improvements by focusing on the many details that there are to take care of. This way we will seek improvements little by little". It’s clear that decisions come about through consultation in the family including their 40 strong full time staff of agronomists, entomologists, viticulturists and winemakers.

Whilst Giovanni tells us that Angelo is suspicious of winemaking consultants ("smart-asses") who spread the same methods and secrets wherever they go, the Gaja family have surrounded themselves with experts outside of the wine world - climate change professors, botanists, geneticists and entomologists which allows them to apply these sciences to their work without any prejudice to what is conventional viticultural or winemaking wisdom. For Gaia this is about opening themselves up to scrutiny and asking people with different theories to constantly prove them wrong. She likens this way of learning about their land to travelling - you can either travel the world learning superficially about all the different cultures, or you can study your own back yard in its minutest detail and "discover a universe".

Vine resilience dominates the family's debates at the estate and discussions revolve a lot around protecting the vines from climate change as well as the environmental impact of monocultures. Gaia tells us about the studies they have carried out with botanists to explore the specific qualities of different grass species, and how grass based treatments are applied in the vineyards as a nature protection against pests and diseases. Biodiversity as well is a huge topic for the family, with vast in depth research into how different insect species exist in a biosphere that ultimately protects the vines from each other. "Biodiversity has been a huge revolution", says Gaia (pictured above).

These principles are being applied across the family's four estates in Montalcino, Bolgheri and Piedmont. With a naturally more diverse ecosystem in Tuscany, with its wheat and other agricultural production, extensive woodland and strict limitations on plantable vineyard areas in the vast Tuscan landscape, the family has been able to borrow lessons from nature there and apply them to the more monocultural landscape of Piedmont. Cypress trees, a recognisable feature of the Tuscan landscape, are being planted near all their vineyards in Barbaresco as a home for smaller birds as a refuge from the crows. In the spring the vineyards, depending on the nature of the soil are covered with flowering cover crops or legumes like fava beans. The family and their vineyard manager Giorgio Culasso (pictured below) share a glee in showing us the composting worms that further purify the "totally unstinky" cacca di mucca (cow dung) from their dairy cows, producing a staggering 70 tonnes of organic compost every year. 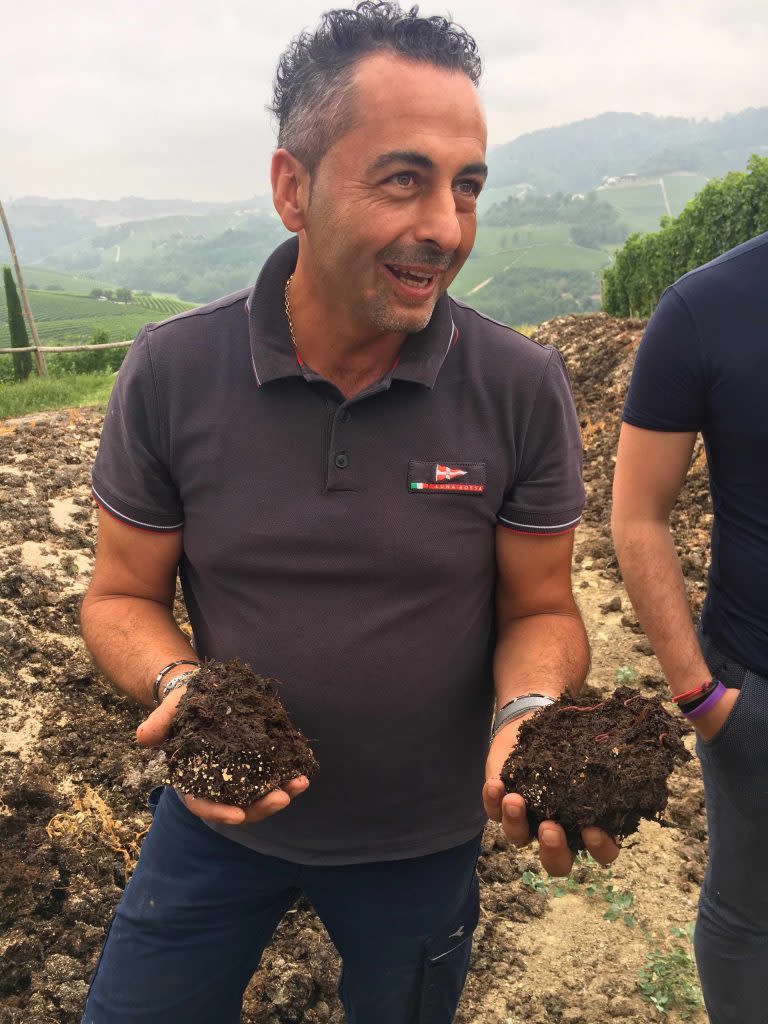 Spending time with the Gaja family is a lesson in the importance of constantly challenging everything you know in order to remain at the top of your game. These young people bear immense responsibility with great grace, humility, energy, hospitality and an amazing work ethic that goes right back to their great grandmother's mantra: "fair, savoir fair, savoir fair fair et fair savoir".