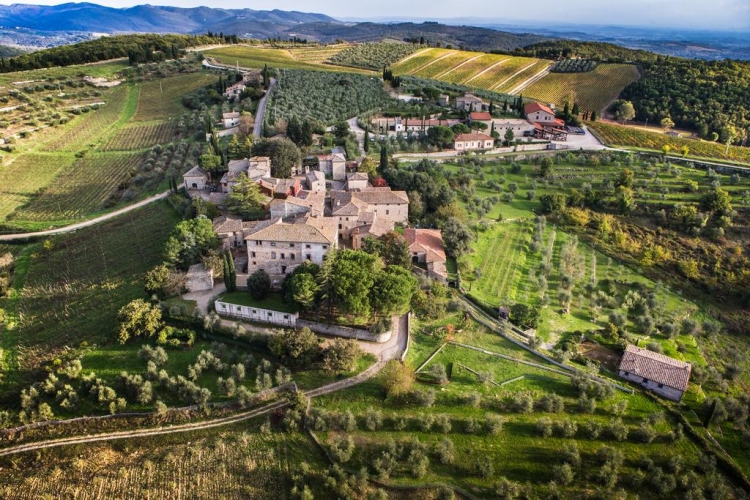 With the releases of the new Chianti Classico 2016s upon us, there is no greater time than to travel around the region, tasting what this magical vintage has to offer. Where better to start than the beautiful hamlet of Ama in the southern tip and highest point of the Chianti Classico designation. Here you will find the exceptional Castello Di Ama winery with its four separate valleys that drop down from the hilltop hamlet, providing stunning 360 degree vistas of Tuscany's mountainous terrain. Each of these four valleys is home to some of Chianti Classico’s most celebrated single vineyard sites: the 100% Merlot vineyard of L’Apparita and the predominantly Sangiovese vineyards of Bellavista, La Casuccia and San Lorenzo.

To give you an indication of how great the 2016 vintage is, Castello Di Ama only release their single vineyard Gran Selezione Bellavista and La Casuccia wines in the highest quality vintages. 2016 and the much lauded 2015 are the first back to back vintages since 2006/07 in which all four cuvees, including l’Apparita, have been released. None of the crus were made in 2017. Castello di Ama are obsessed with quality and not afraid to declassify their top single vineyards if not at the high standards they expect, wanting every release with their label on it to be at the same exceptional standards. In 2012 for instance, the winery did not produce a single bottle believing the quality not good enough. The entire production was sold off as bulk.

The History Of Castello Di Ama

It’s hard to believe these days that the idyllic villages dotted around Tuscany were largely left abandoned in the 1950s and 1960s as the industrial boom of Italy’s major cities saw huge swathes of the population leave their rural homes for a new life in the city.

The entire hilltop hamlet of Ama was deserted and then rediscovered and restored in the late 1970s by four families who together saw the potential of this 70 hectare property of which 40 hectares were dedicated to olive groves. Their passion however was wine and on discovering the site and that a huge proportion of the land was dominated by galestro rock, they straight away saw the potential for producing great wine here. The group had ambitious plans and spurred by their love of Bordeaux they set out to produce an Italian fine wine of equal measure to the right bank wines of Pomerol and Saint Emilion.

By 1979 they had constructed the winery and had already invested in state of the art temperature controlled stainless steel tanks of various sizes and dimensions to allow for intra-plot vinification. This was way ahead of its time even in the more wealthy and established wineries of Bordeaux.

Their inspiration from Bordeaux went further, deciding from the outset that elegance was key to their philosophy and they would only age the wine in oak barriques rather than the large Slavonian oak botti more traditional in Tuscan wine production. For Castello Di Ama this method made the wines too rustic and in their view, élevage in older larger barrels would not ensure absolute cleanliness. Their Bordeaux connections didn’t stop there, they also employed Patrick Leon, the winemaker at Chateau Mouton Rothschild as their wine consultant who continued to guide them throughout the eighties.

Marco Pallenti, the current winemaker and instrumental figure in Castello Di Ama’s rise to prominence, joined the group very early on in 1982. Key decisions in the vineyard from the outset were early signs of the serious ambitions and intent of the winery to produce fine wine. At great cost they insisted on guyot pruning of all their wines as it means the vines can age much longer and further increase the quality of grapes over the long term. This showed great foresight and was a huge investment that would take many years to come to fruition.

The Distinct Terroir of Chianti Classico

The terroir that defines the Chianti Classico region is the high level of galestro stone that reaches deep into the ground, compared to the more marl and clay soils of Montalcino. There is a soil pit wall feature carved into the estate, which shows how deep into the ground the hard galestro rock reaches. This terroir makes growing vines very difficult and the winery believes up to three to four times less productive and therefore more expensive to manage. The quality however is exceptional and today the winery couldn’t be in better shape, producing some truly beguiling wines in 2016.

Castello di Ama’s philosophy is largely defined by its single vineyard approach and one of their vineyards in particular rose to fame in 1991 when their 100% Merlot l’Apparita beat Petrus in a professional blind tasting, which included Michel Rolland as one of the judges. Ever since then the winery has garnered a global following.

The Bellavista is a step up on the San Lorenzo with a broader depth on the palate and a heightened fruit flavour intensity – a distinct cherry stone flavour, a lovely combination of fruit and fresh earth, a dried wood smokiness, fresh tobacco and dried aromatic herbs. Layers and layers of fruit on the palate with a riper character of black plum and rich black cherry compote with lovely complimentary toffee and saline mineral tones, really complex and a long length. (80% Sangiovese, 10% Malvasia Nera)

This is super exuberant brimming with violets, dried fig, wood smoke, fresh tobacco, Asian spice box and copious amounts of blackberry, plum and morello cherry fruit – layers and layers of it. Despite the opulence and density of fruit that vibrant Tuscan acidity leaves the palate salivating. This is a stunning vintage for L’Apparita. 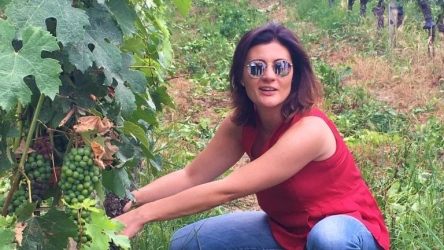 Gaja Exclusive Interview: Greatness through a culture of doubt