EditorialwinesFive Champagnes to Buy in September 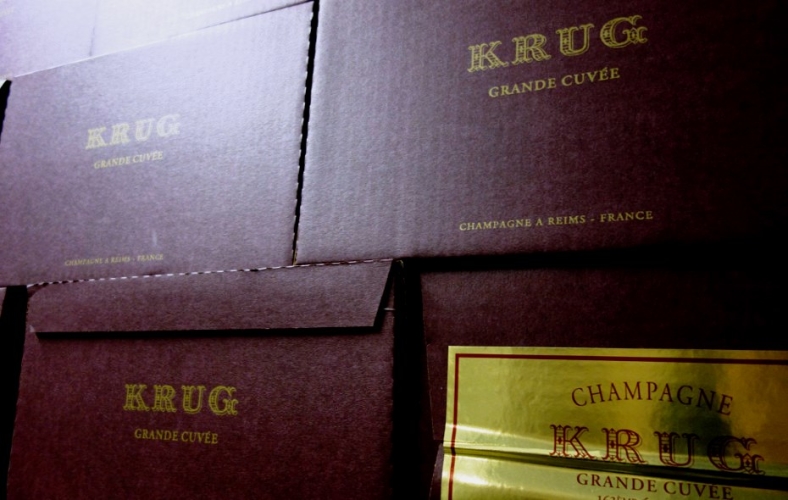 F Scott Fitzgerald once wrote, “Life starts all over again when it gets crisp in the fall" and if one thing is certain, it’s that The Great Gatsby has no shortage of Champagne. With that in mind, we take a look at five Champagnes to watch this September…

September is a time for new beginnings and the wine industry is no exception. In the summer the many cogs of the industry grind to a halt: wineries close, shipments cease and the release calendar empties out. Then September arrives and with it comes a flurry of tasting invites and wine launches, as the trade gears up for the festive season.

In September 2017, there are a number of huge upcoming Champagne releases. Whether you are looking for a Back-to-School boost or planning ahead for your Christmas table, these five sparklers are worth celebrating…

The release of the new Krug vintage is always one of the most highly-anticipated dates in the fine wine calendar. Last year’s release of 2002 generated enormous excitement and this year’s 2004 looks set to do the same. At a previous tasting of the vintage’s wines, Richard Juhlin remarked on the “several sensational wines from 2004” that he has tried, while Decanter magazine has called 2004 a vintage of “outstanding quality”.  This quality, coupled with Krug’s excellent reputation – Juhlin has called it “more than a Champagne. It is a word that stands for artistry, tradition, craftsmanship and moments of pure pleasure” – means that the release is sure to sell out at speed.

Dom Pérignon is a byword for luxury the world over and an undisputable benchmark for premium Champagne. Two years have passed since the last vintage was released (the 2006) and anticipation for another release has now reached fever pitch. The 2009 Dom Pérignon is unlikely to disappoint: it was awarded 96 points by Decanter magazine, who commented on its “freshness, vitality and length”. Antonio Galloni was similarly impressed, calling ’09 “a gorgeous, totally seductive Champagne that will drink well right out of the gate” and “one of the most accessible young Dom Perignons I can remember tasting.” These comments, coupled with Dom Perignon’s rightful place at the very top of the Champagne pecking order, make us think this release will have all the makings of a superstar.

Need to Know: There is no official release date yet, but our inside sources recommend you keep your eyes peeled towards the end of September…

Pol Roger’s revered Winston Churchill cuvée is always the connoisseur’s choice. Produced in tiny quantities, it is an homage to the famed Prime Minister, who once referred to Pol Roger as “one of the most drinkable addresses in the world”, and named his horse after the house. The 2006 will be the 16th edition of the range to be produced and it will be in great company; previous vintages have received scores up to 97 points from Richard Juhlin, who has commented on the wine’s “eminently amiable drinkable quality”.

Need to Know: Release date still to be confirmed.

Decanter call Philipponnat a Champagne house for “those in the know”. With a history spanning five centuries, Philipponnat – once described by Antonio Galloni as “one of the true icons” of the region – is most famous for its steep and south-facing 5.5 hectare walled vineyard, Clos des Goisses. This tiny plot has been described by Richard Julin as “the jewel in the company’s crown” and one that produces “consistently one of the world’s foremost wines.” That the Clos du Goisses is a known favourite of Burghound founder Allen Meadows – who once called it “one of my favourite Champagne sources” – is no coincidence: known for its great depth, complexity and structure, it is the Burgundy lover’s Champagne. What’s more, 2008 is a vintage to watch; it was rated as “Outstanding” by the Wine Advocate and given a full five stars by Richard Juhlin and Decanter, the latter of which called it “something special”. Whether you’re a long-time follower of the 5.5 hectare walled vineyard of Clos du Goisses or yet to discover its charms, this vintage is sure to impress.

Need to Know: The 2008 Clos du Goisses will be released on the 20th September. Register your interest here.

Always superb, Taittinger’s 2006 Comtes de Champagne  is well worth another look this September. It has just received a gold medal and four trophy awards at the International Wine Challenge, including the grand title of IWC Champion Sparkling Wine 2017. In addition to these accolades, the critics have been lining up since its release to heap praise on the Champagne; Galloni gave it 97+ points and called it "the single best value… in tête de cuvée Champagne", while the Wine Advocate named it “a top wine of the vintage”. 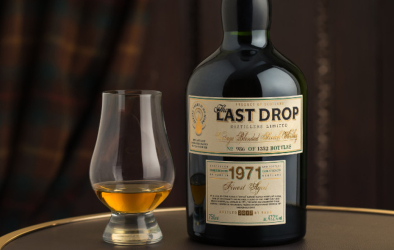