Following a challenging few vintages, the wine world held a collective breath for Bordeaux 2014. We report the positive news for winemakers and collectors alike

After three very difficult vintages on the spin, Bordeaux has come up with what is indisputably a good vintage and, in some cases, a very good vintage. 2014 is easily the best vintage since 2010, and probably better than anything between 2005 and 2009. The wines lack the magic of a truly great vintage like a 2005 or 2009, though the most repeated word in my tasting notes is “complete”. If the Bordelais can resist the temptation to raise their prices, there will be some wines that are very much worth buying.

What makes or breaks a vintage is, of course, the weather. The key points of 2014 are simple: a good flowering and fruit set, a cool August and a brilliant “Indian summer" throughout September and October. The cool August is why 2014 falls short of being one of the greats, but the fruit set and the September/ October sunshine has made the wines “complete”. Although the wines lack the sweet, energetic ripeness that the August sunshine imparts, there is a perfect phenolic ripeness that the late sunshine gave, along with a longer than average “hang time”. At the time of harvest, the grapes had achieved full “physiological” ripeness, especially the Cabernets.

In terms of comparison, many winemakers described 2014 as a riper version of 2008 or, on the Left Bank, a year similar to 2001. There is a touch of 1996 in the completeness of the wines, though without that vintage’s sweet fruit. It is almost certainly a Cabernet vintage, a Left Bank vintage, though there are some very impressive Pomerols and Saint-Emilions. Ch. Cheval Blanc has made its best wine in years, for example.

In short: 2014 is good – very good in parts, though falls short of greatness. This notwithstanding, there are many wines that will make quite delicious and rewarding drinking in the mid-to-long term. It's a vintage for drinking, not for scoring.

It’s also a vintage with no make-up. Not only do winemaking styles appear to have been toned down, but terroir also shines through in 2014. For fans of Bordeaux, consumers who want to drink these wines, this will be a vintage worth following if prices are correct.

At the northern tip of the Médoc lies Saint-Estèphe, an appellation that shines in the hotter years though the wines can be a little lean and a little austere in cooler years. The “big three” of Saint-Estèphe all performed well: Calon Ségur is deep, brooding and intense. Cos d’Estournel has returned to a style that is all about terroir and no longer about winemaking – very impressive stuff. Ch. Montrose, again, is a candidate for the wine of the vintage and certainly of the appellation. There is so much fruit – it's very special Montrose. 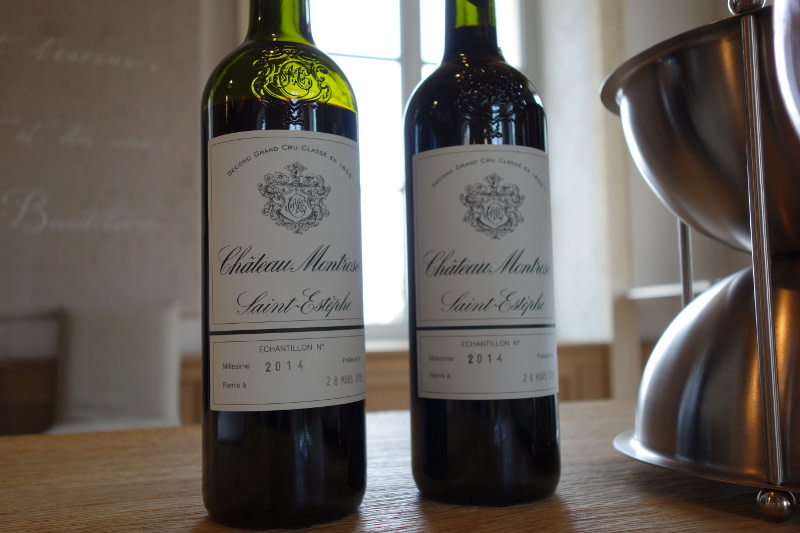 All of the F+R team felt that Pauillac was the strongest appellation of the vintage, producing some exceptional wines, and wines that really sang of their terroir. If Saint-Julien is the Gevrey-Chambertin of the Médoc then Pauillac is indubitably Vosne-Romanée, and there are some very, very classy wines to be had in 2014. Nicolas Glumineau at Ch. Pichon Comtesse continues to work his magic and has produced, again, a candidate for the wine of the vintage. Over the road at Ch. Pichon-Baron, a more boisterous translation of Pauillac has been crafted, and both Ch. Lynch-Bages and Ch. Pontet-Canet have produced their most impressive wines in years. Fans of terroir-driven, rather than fruit-driven Pauillac should take a close look at these when released. Ch. Grand-Puy-Lacoste, as ever, has produced an outstanding wine and one that should be well-priced. This may well be the cellar-filler of the vintage.

This is almost always the most consistent appellation of the region, and for the past few years has been the strongest. In 2014, it comes second only to Pauillac, though with some very strong wines indeed.

The Léovilles have all performed as one would expect them to. A visit to the Bartons is almost not needed, such is the consistent quality here. Langoa Barton is excellent, showing better than its big brother as it often does at this stage. Ch. Léoville-Barton is very much of the vintage in that it is very typically Saint-Julien, and very “Léoville-Barton” in style. A touch further north and Ch. Léoville Poyferré has produced a typically polished and glossy wine, which is already seductive. Over the road at Ch. Léoville Las Cases, Pierre Graffeuille and his team have made one of the best wines of the vintage: a dense, powerful Saint-Julien that is very much one for the cellar. This, and Ch. Ducru-Beaucaillou, will compete for the best wine of Saint-Julien this year, though Bruno Borie’s Ducru wears a suit with a more modern cut. 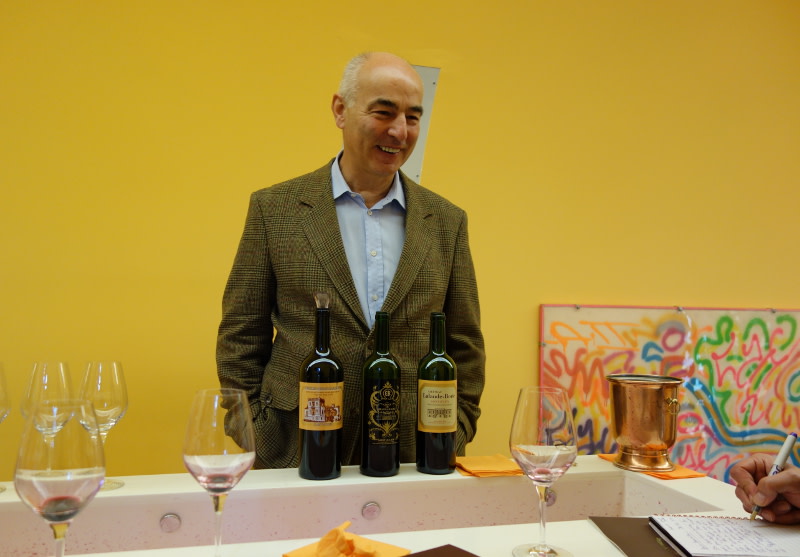 Ch. Palmer is now 100% biodynamic. 2014 is the first “bio” vintage for the property and they have produced – as one would expect – an elegant wine that is one of the vintage’s successes. That said, our top pick for Margaux has to be Ch. Rauzan-Ségla. The team here has made one of the appellation’s very best wines. It is a wine with the sweet purity of the appellation, though with a depth and structure that is particularly impressive. Moreover, the pricing of Ch. Rauzan-Ségla has been spot on over the past few years and I expect this to be one of the vintage’s buys.

In an appellation with a reputation for variation, there are some other winners: Ch. Brane-Cantenac and d’Issan stood out in particular for us.

Both the reds and whites of Graves have done well in 2014. The reds are consistently good rather than spellbinding. Our picks for the reds, rather predictably, are Ch. Smith Haut Lafitte, Ch. Haut-Bailly and Domaine de Chevalier. Each of these properties has made a wine very much of their own style: Smith is juicy, polished and drinkable; Haut-Bailly, lifted and pure; Domaine de Chevalier, broad, deep and technically flawless. Both Smith Haut Lafitte and Domaine de Chevalier Blanc are excellent; the former is a wine with the inimitable “Smith” style; the latter, is truly “Grand Vin”.

The wines of Saint-Emilion can be a struggle en-primeur. All too many wines taste of extraction and oak rather than of grapes and terroir. This trend seems to be on the wane, and in 2014 there are some successes, notably Clos Fourtet, Ch. Quintus and the brilliant Denis Durantou’s Saintayme. Ch. Figeac appears to be on form, though comparisons with the 2005 vintage are a little ambitious. Our pick here is Ch. Canon. On form for a few years now, 2014 Canon is cool and pure, with a core of sweet Saint-Emilion fruit. In an appellation where many wines have lost their identity, Canon is a winner and will almost certainly offer value.

We finished our trip on a high note in Pomerol. Whilst the vintage may well have favoured Cabernet, there are some absolute crackers in Pomerol. The usual suspects (Vieux Ch. Certan, Ch L'Eglise-Clinet, Ch. La Conseillante and Ch. Clinet) have made wines that are testament to their terroir. The winner here, Ch. Lafleur and Ch. Le Pin aside, has to be Jeremy Chasseuil’s brilliant Ch. Feytit-Clinet. This is undoubtedly a wine to follow and will almost certainly be a buy this year. 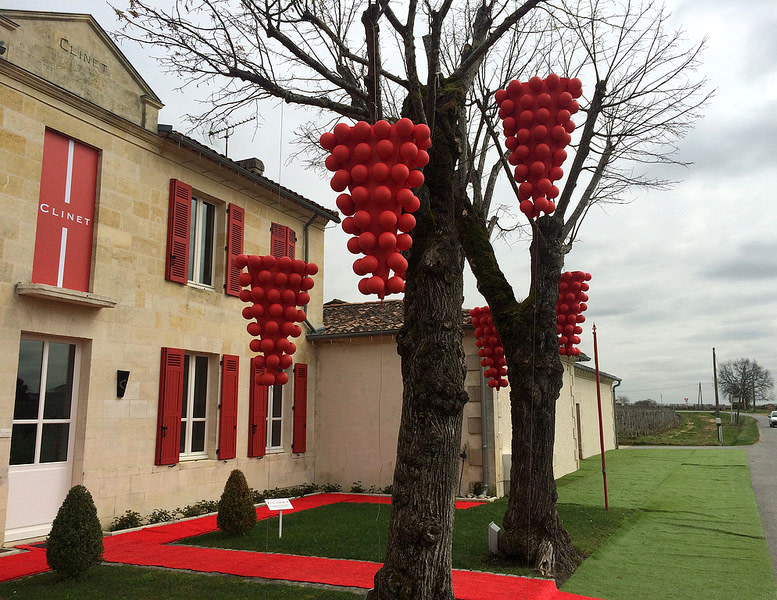 The First Growths and their peers

The Pauillac First Growths were rather tricky to taste this year. Ch. Latour edged it for me, though we won’t be seeing any 2014 Latour on the market for some years. Ch. Lafite was as it almost always is: dense, with the tell-tale pencil shavings on the nose, and unyielding.  Experience suggests that Lafite is always difficult from barrel and I will wager that the wine will show much better in a few months’ time. Ch. Mouton Rothschild was almost the opposite to Lafite: rich and creamy and open. Both of these will benefit from more time.

Margaux is, once again, our pick on the Left Bank. Soft, elegant and complete, it sums up the vintage in its restrained elegance. This is a wine that is not showing off, is not flamboyant or decadent, though has all that a First Growth should: depth, breeding and class.

In Pessac, it is always a challenge to pick between Ch. Haut-Brion and Ch. la Mission Haut-Brion. This year it is closer than ever, with La Mission possibly showing more depth, and Haut-Brion showing more breeding. Both should emerge as very typical, very drinkable, “proper” Claret.

On the Right Bank, Ch. Cheval Blanc has made a wine that was the talk of Bordeaux. The cashmere texture is typical of the property in strong vintages, with a cool purity and a core of perfectly weighted fruit. At the Ch. Ausone stable, the wines all showed the buzz and energy that is the Vauthier style, though Cheval just edges it. Ch. Angélus has made a typically chunky, big wine, again very much in the house style. Its peer, Ch. Pavie, will divide opinions as it always does. No matter what you might make of the style, it is an awfully impressive wine.

In Pomerol, we had what is always an intriguing tasting at Ch. Lafleur. These are people that live and breathe their wines and the results reflect this. Both Lafleur and Pensées de Lafleur are delicious, seductive and velvet-soft. Jacques Thienpont’s Le Pin also showed true to form with flamboyant richness and decadence. It is a showboater of a Pomerol.

2014 is clearly a good vintage for whites. Followers of the inimitable Ch. Smith Haut Lafitte are blessed with another excellent wine, and Domaine de Chevalier Blanc is also excellent. From the Haut-Brion stable, both La Mission and Haut-Brion Blanc were stunning, as they should be given the price. Further north, Pavillon Blanc is fresh and energetic. 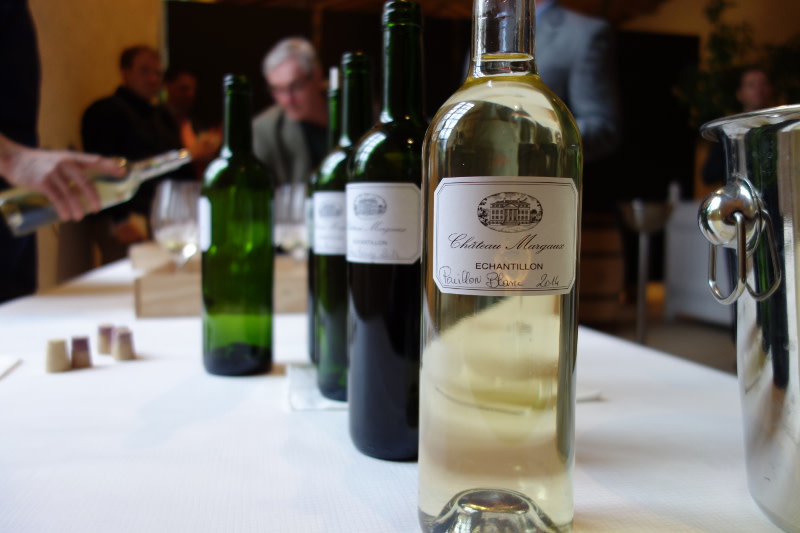 A word on prices: the cracked record

The 2009 and 2010 Bordeaux vintages were eye-wateringly expensive. At the same time, many of the wines were breathtakingly good. This quality notwithstanding, prices for most of the 2010s and many of the 2009s have fallen since their release. The 2011, 2012 and 2013 vintages were nowhere near the quality of 2009 and 2010 yet prices, for the most part, did not reflect this, and again prices have fallen and wine remains unsold.

2014 is a strong vintage – one that will reward ownership, but one that will only be worth buying en-primeur if prices are correct, by which we mean at 2013 levels or lower. The exchange rate should help here, but only if the Bordelais resist the temptation to try and exploit this.

There are a few properties that might get away with it. There are properties that have made their best wine in years. Others where production is so small that an early purchase makes sense. A handful of properties priced their wines correctly in 2012 and 2013 and sold through. We sincerely hope that the château owners and their accountants make the decision to engage with their customers this year and that Bordeaux can make a comeback. Whilst some might dismiss or denigrate wine as an investment, buying wine en-primeur is an investment and should be priced accordingly. Buyers should be rewarded for their faith, and for putting their money down early. We hope that this will happen. 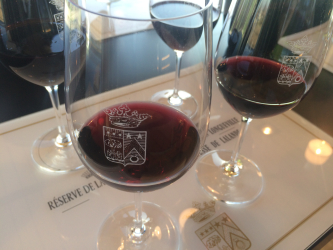