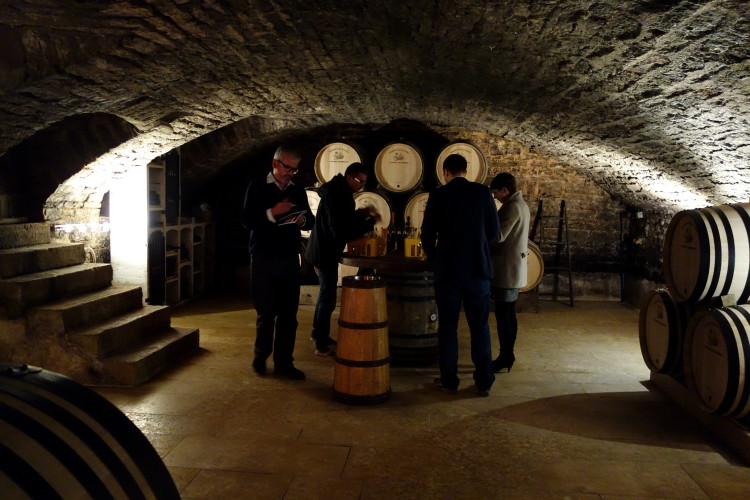 We visited Burgundy early in November and spent a week extensively tasting the 2013 Burgundy vintage. These wines are just starting to appear on to the market and we will see most of the wines released over the next couple of months.

Burgundy is changing. 2013 is the fourth short crop in a row for the Burgundians, and some growers, notably those in the Cote de Beaune, are feeling the pressure.

Land prices are going through the roof: this may sound like good news for holders of the vineyards though the reverse is true. Burgundy is a place of patrimony and high land prices mean high, almost insurmountable, inheritance taxes. Many a Burgundian is wondering if and how a way of life can be passed down to future generations.  One grower in Vosne estimated that the price of land in Richebourg was roughly two million euros per “ouvree” – this translates to just under 48 million euros per hectare, or just over 19.4 million euros per acre.  These are numbers that make one stop and think, especially if one is going to have to pay tax on them.  Another grower blessed with holdings in Richebourg told us that it would take more than fifty harvests, and good harvests at that, to cover the current cost of his holdings.

Times are challenging for the negociant too. 350 kilos of Meursault grapes – enough to make a barrel of wine – would have set you back around 2,500 euros a couple of years ago; the same now comes in at around 3,800 euros, with talk of further increases in the pipe.

Economics aside, the quality of the wines being made in Burgundy has never been higher, and this stretches across the Cote in its entirety from Chassagne to Marsannay.  The wines at the top have become expensive, and will most likely continue to rise in price if only on account of their genuine rarity, though it should be noted that one can still buy grand cru Burgundy, from a good vintage, for less than a thousand pounds a case. This still looks like value, especially when one takes into account the production levels and the prices of wines from other regions.

Moreover, the prices that are being fetched for the top wines are almost certainly having an effect on quality further down the tree.  Taste Olivier Lamy’s quite outstanding St Aubins, or Hugues Pavelot’s brilliant Savignys, and it is soon clear that one can still buy very, very good Burgundy at affordable prices. 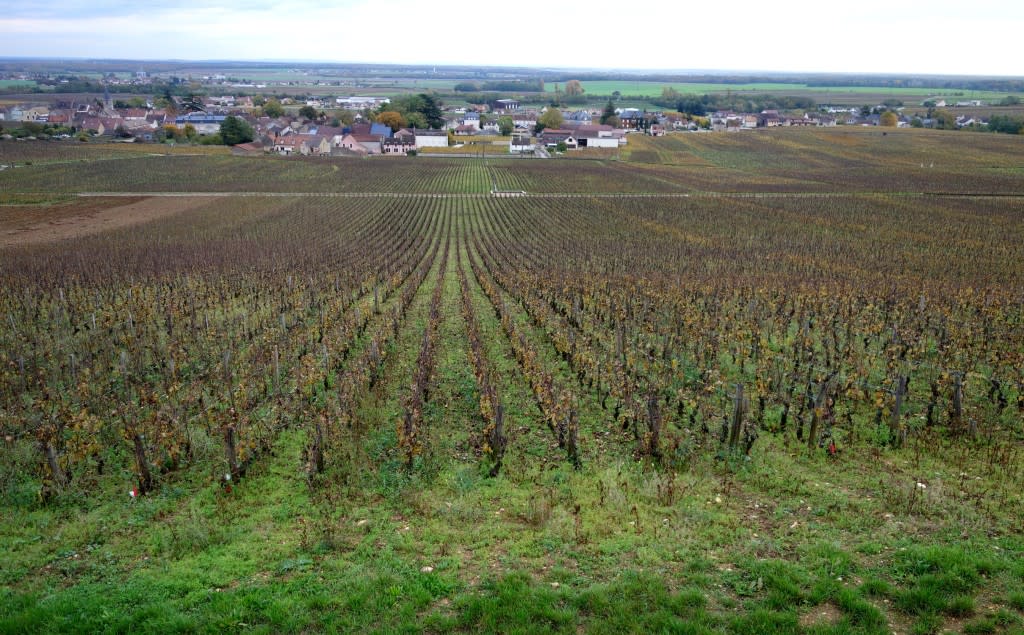 A few years ago it was easy, and popular in some places, to dismiss the negociant houses as second best to the growers, but the increase in quality is just as evident, if not more so, at the big houses.  Jadot are producing excellent wines as they have been for many years.  Faiveley have been developing their style and quality since 2005 or so and are now right at the top: their 2013s are amongst the best wines of the vintage. And there are some sleeping giants awakening.  We first tasted at Bichot last year, and the quality here is very, very good: a name to watch.  Ditto at Remoissenet: we have been fans of Bernard Repolt and his wines for some time and, not only are the wines at a very high level from a qualitative point of view, they have found a distinct house style.

The standard question to ask a winemaker when tasting his youngest proposition is: “so, what vintage would you compare this to?”

I share this view though would suggest that 2013 is a cross of 2008 and 2012: the savoury crunchiness of the former yet with some of the flesh of the latter.  What is clear is that, for the best growers, and those in the Cote de Beaune that escaped the hail, there are some exceptionally good wines with a distinct style and character.

The growing season of 2013 was a challenging one.  That there are no more bad vintages these days is a line that is mostly spun by the Bordelais though the same goes for Burgundy, albeit probably for different reasons.  Indeed maybe just one: a bit more care is taken these days.  Sure, there are still a number of vignerons who did what their father, and his father before him did, and who disappear down South for a month in August leaving the vines to do what they will.  But for the most part, quality is as high as it has ever been in Burgundy and this is as much down to viticulture (as opposed to vinification and elevage) as anything else.

Just one vigneron told me that 2013 would have been a write-off 20 years ago.  And I don’t think that this was a vintage rescued in the winery.  This is a vintage that was made by viticulture – looking after the vines - and a bit of working on the sorting table.

What 2013 lacked was sunshine.  2013s are not “ripe” in the sunshine sense of the word.  If you want to know what “ripe” in the sunshine sense of the word is then drink a bottle of 2009 Burgundy (a delicious vintage, occasionally derided for its ripeness).  But what 2013s most definitely aren’t, is unripe.  Because whilst the grapes may have lacked a bit of “sugar” ripeness, what they didn’t lack is phenolic, or physiological ripeness.  These are not “green” wines – a few Bourgogne Rouges aside I didn’t taste a hint of unripeness in a week.  What I did taste was a completeness: a completeness of character.

The word that repeats most often in my notes is “savoury”.  And I like savoury.  Sure: I love the sweetness of 2009s – a vintage that is just delicious on the table.  Bistro Bourgogne.  But what 2013 has is just a touch more complexity and a touch more of an intellectual edge.  2009s are playful wines – and there is nothing wrong with playful.  2013s – I think – are a bit more grown up.

The first comment on the whites is that there isn’t much wine.  With a crop already down on account of poor flowering, much of the Cote de Beaune, from Pernand-Vergelesses down to Meursault was hit by a severe hailstorm at the end of June.  That some growers lost up to 90% of their crop made the news at the time.

The best of the growers have done well with what was left.  Dominique Lafon told us that 2013 at its best reminded him of 2010.  This is high praise and justified; Mr Lafon’s 2013s are spectacular.  Other growers were similarly happy with the quality of their wines, if often frustrated at the lack of quantity.

An undeniable fact about Burgundy is that there is not much of it.  The Clos de Vougeot, in its entirety, would fit inside many a Bordeaux estate.  The production of individual wines is tiny: grand crus and premier crus are often made in quantities of three or four barrels (75 or 100 cases), sometimes less.  Moreover, much as the region is on a run in terms of vintage quality, 2013 is the fourth consecutive short crop.

And, whilst demand for Bordeaux remains relatively flat after declining for three years, demand for the best in Burgundy continues to grow.

Much can be made of the high prices fetched by the top wines yet, one or two domaines aside, prices for Burgundy remain reasonable, even at the top of the hierarchy of quality, despite their genuine rarity.  And at the top level, Burgundy is as an enchanting wine as one could hope to find.

For those disenchanted with pricing at the top, the good news is that the quality of wine up and down the hierarchy is excellent, and the canny buyer can find genuine quality, character and individuality without spending thousands.

If you’d like to speak to us about this article, or any of the wines or producers mentioned, please get in touch, we’d love to hear from you.

The Great Wines of Italy Tasting