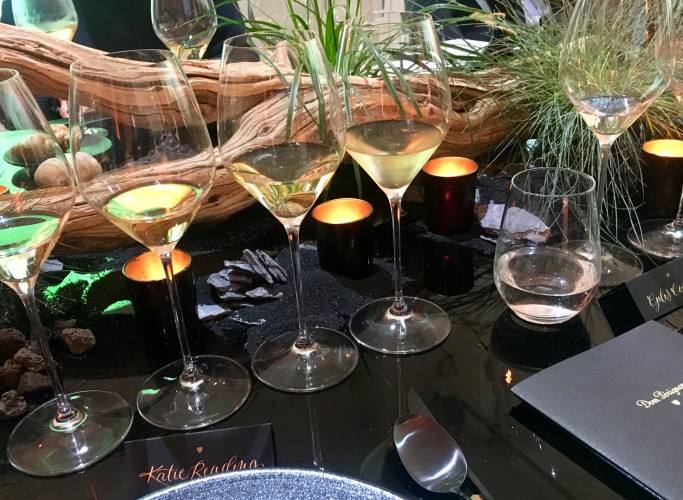 It’s a good thing Dom Perignon’s Vincent Chaperon is an energetic, fit and talkative person. He needed it for a day of back-to-back tastings with trade and press to launch the latest incarnation of the house’s sensational 2002 vintage: Dom Perignon P2 2002.

The theme of the launch was "energy and intensity". There was plenty of it in the room at the aptly named IceTank on Grape Street in Soho. Dry ice abounded, videos of smouldering volcanos and sparkling star formations filled the walls and the set was a veritable rainforest of rocks and wild looking flora (luckily no fauna).

The star theme made a reappearance – Vincent Chaperon explained that he had worked closely with astronomers to gain a deeper understanding of star formations and their trajectories. The way Dom Perignon thinks about the vectors of their Champagnes poetically mirrors this idea. What started as former Chef de Cave Richard Geoffroy’s vision 30 years ago is now giving us access to the constellation of Dom Perignon’s history over the course of each wine’s miraculous life cycle.

Effective as all the drama was in setting the scene, with the liquid in our glasses, it really wouldn’t have been necessary. What a line up. Last year’s sell-out release of Dom Perignon 2008 was poured with our canapés (deliciously fresh ceviche-style razor clams) – and it was open for business. Very clean and pure on the nose with citrus and stone fruit but also hints of grilled nuts. Really ripe on the palate but linear and focused, feeling so young but with the structure, length and unmistakable power to bloom into something worthy of this vintage.

With the starter (a flavourful and creamy burrata with tomato tartare) we were treated to the original 2002 vintage, a remarkably handsome champagne. All focus - precise, detailed, yet rich and opulent - with notes of crème brulée, salted caramel, honey, ripe flesh of yellow apples and pink grapefruit, buttery hazelnuts and the finish - saline, long, precise, mineral and so concentrated and structured. These are signs of distinguished ageing, drawing into itself and revealing an internal poise. Vincent described it aptly as a "patina", revealing the beautiful, proud marks of time.

Next came the brightest star of the event: the 2002 P2, now with 15 years on the lees (it was disgorged in 2017), in its second Plénitude. This was served with the second course of wild seabass ceviche. We were so enthralled by the champagne that the English wasabi snow on our plates started to melt. P2 marks the time in every Dom Perignon Champagne’s evolution when it reaches the peak of its arc. At this stage its energy is at its most surging, its intensity most pronounced. All the natural richness of the vintage is elevated and all the virtues of the original champagne are amplified. In the case of the 2002, which has such inherent harmony, this means it is as intense as it is light and as fresh as it is mature. The original’s sweet salinity is translated as a more direct peaty, iodine character. All the fruit is full throttle, fresh, vibrant citrus. On the finish, everything is just MORE – more energy, more vibrancy, more volume, more texture, more presence.

To round things off we were treated to the Second Plénitude of the 1998 vintage. The 1998 P2 was amazingly fresh. This truly appeared to be time turning back on itself. So linear and taut with the fruit still front and centre, very open and fresh, complemented by the start of tertiary dried fruits, marzipan, vanilla custard, brioche and a touch of crème fraiche, honey and toffee. This is all about texture, complexity and swagger. A stunner. The delicious lamb and miso aubergine were delightfully demure, enjoyed thoroughly, but did little to draw the table’s attention away from what was in their glass.

The tasting more than served it purpose in demonstrating the magical results of Dom Perignon’s tireless efforts to reveal the best of all its Champagnes at the various stages of their life cycles. In the case of the 2002 P2 the energy and intensity are undeniable, now and surely for a long time to come. 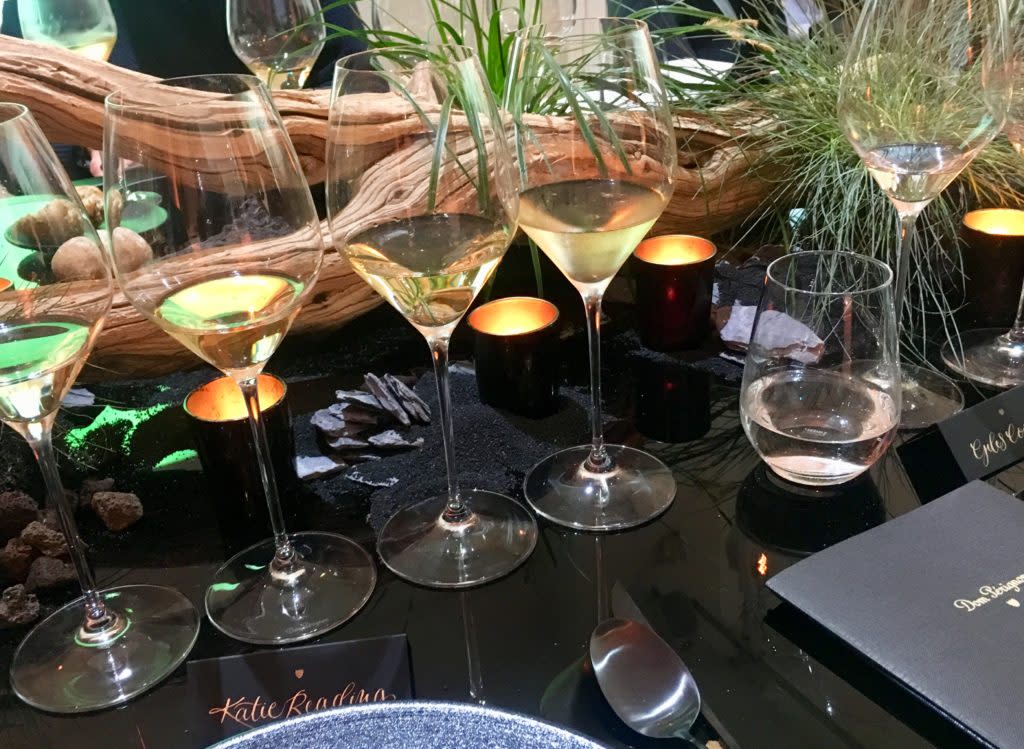