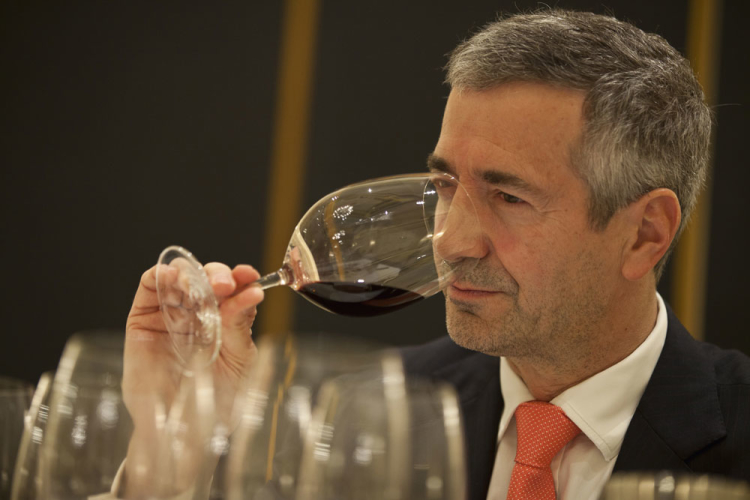 We were fortunate enough to welcome the man, the legend, Eduardo Chadwick into our London offices this week. What made the event even more special was that he opened the 2014 Chadwick Cabernet Sauvignon with us; the first wine from Chile ever to score 100 points.

When presenting his range of wines to the team he made a point of emphasising the relatively short history of fine wine production globally. Although Chile has only become recognised as a region that can produce premium fine wine fairly recently, this is more the result of the relative underdeveloped nature of the region and its historical and political restraints, rather than anything to do with climate and terroir.

Eduardo Chadwick has been instrumental in bringing the potential quality of Chile’s fine wines to the world. First partnering with Robert Mondavi in 1995 and creating Sena (a Cabernet based blend from Chile’s finest vineyards in the Valle del Aconcagua) and secondly producing Chadwick (a 100% Cabernet Sauvignon from Alto Maipo grown on pure gravel soils that would make any first growth Bordeaux Chateau jealous). Chadwick is named after his father who was the captain of Chile’s National Polo team. After discovering the quality gravel terroir that lay beneath his father’s own Polo pitch on the outskirts of Santiago, he managed to persuade him to replace the pitch with vines. His father died just one year after the vines were planted and Eduardo decided to dedicate the wines to his father.

His blind tastings with critics around the world have seen his wines pitted against some of Bordeaux's heavyweights - including Lafite, Latour, Margaux and Solaia - coming out consistently as one of the outright winners was proof in itself that Chile could produce wines that could compete with the best in the world. Whilst there is very little Vinedo Chadwick 2014 on the market we do have some available in a collection case as well as a range of vintages from Sena. Get in touch with your account manager for more information on availability.