As Stephen Tanzer outlines in his recent report, Henri Boillot is the first out picking on the Montrachet slopes. The combination of small production and picking early comes from a desire to retain vibrancy and energy in the wines over and above riper styles of Chardonnay found elsewhere in the Cotes de Beaune. This mineral driven “understated” yet “explosive” style has paid off in 2017 with some exceptional reviews throughout the range.

The Boillot family have been making wine in Burgundy since the early 1900s and Henri is the third generation to produce wines from the domaine.

The winery is based in Meursault, strategically placed to best manage the two main appellations. The top white wine and only Grand Cru site of the domaine wines is their Batard Montrachet, a vineyards acquired in 2011. Most notably they have a monopole premier cru Puligny Montrachet – Clos de la Mouchere – an enclosure within Les Perrieres bordering Clavaillon, the Mouchere is a burgundian word for “bee”. The domaine produces a total of four 1er cru Puilgny sites, one Meursault 1er cru site and Batard Montrachet Grand Cru. The domaine red wines consist of three Volnay 1er cru sites and a generic Volnay.

The domaine wines of Henri Boillot are based predominantly in Puligny Montrachet for their white wines and Volnay for their reds. The domaine is a father and son team with Henri the father taking care of the white wine production and his son Guillaume in charge of all viticulture as well as red wine production. Guillaume's influence on the red wines has brought an added refinement to the wines and have become exceptional benchmarks for some of Cote d'Or's top sites.

The domaine however is equally famous for its exceptional negociant wines. With access to Montrachet, Chevalier Montrachet, Corton Charlemagne for whites and Bonnes Mares, Clos de Beze and Chambertin for the reds these wines are some of the highest scored wines from these great appellations.

The Maison Henri Boillot negociant wines include all the white Grand Cru (Corton Charlemagne, Montrachet, Criots-Batard Montrachet, Chevalier Montrachet and Bienvenues Batard Montrachet as well as the top 1er cru sites in Meursault and Puligny Montrachet. The Maison produces a total of 13 additional white wines and 6 additional red wines - including Chambertin, Clos Vougeot and Bonnes Mares Grand Cru sites. All the wines are made in the same winery as the Domaine wines.

Henri Boillot was an early forerunner in non-interventionist lute raisonee viticulture with strict limited access into the vineyard to preserve soil integrity. In the current winery (built in 2000) white wines are whole bunch pressed, vinified without any battonage and aged in new or 1 year old barrels. Henri Boillot uses larger barrels than is normal in Burgundy at 350 litres The reds are a mix of whole bunch and destemmed berries and aged in 50 - 70% new oak casks.

Henri had five missing cuvées from his portfolio in 2016 due to the frost and hail, so it is great to see a full line up available in 2017. Henri Boillot’s wines remain in high demand, and probably none more so than the always exceptional monopole of Puligny-Montrachet Clos de la Mouchère. The quality coming from these up to 80 year old vines is fast developing a cult following and a stunning reputation. Combine that with Henri Boillot’s perfectionism and no-expense-spared approach and it is no surprise that Allen Meadows thinks this superstar producer “has arguably become the finest pure négoce specializing in white Burgundy today".

Whilst Henri Boillot is famous for his world class whites, the hard work of his son Guillaume to improve their red wine production has more recently seen the domaine produce world class reds that are perhaps unfairly overshadowed by the beaming reputation of his white wines. If you have the opportunity to secure some of top cuvees like his Bonnes Mares don’t miss the chance – they are some of the finest examples found on the Cote. 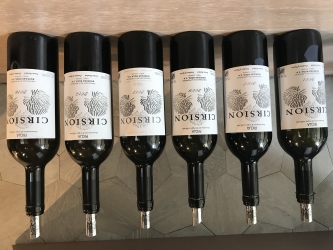