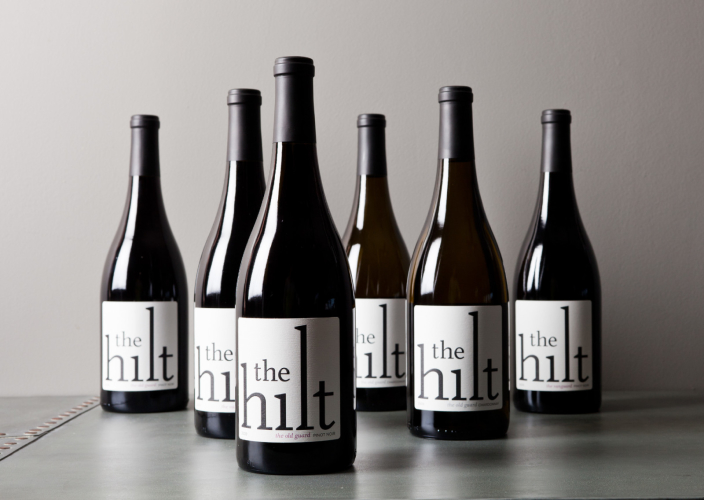 Santa Ynez, Santa Rita Hills, Ballard Canyon – these are all wine growing AVAs in the Santa Barbara region of Southern California which, over the last few decades, has seen itself become one of the most interesting and diverse wine growing regions in the US. Despite being further South than the likes of Napa and Sonoma, it is in fact a cooler region due to both its proximity to the ocean and the cooling effects of wind currents coming down from Alaska. What is significant for this region compared to all the other Californian valleys further North, is that the mountain ranges run East to West instead of North to South, so rather than sheltering the vineyards from the Pacific winds they funnel right through the Santa Ynez Valley cooling down the region and slowing the ripening.

Whilst this sounds ideal for growing high quality grapes, it also makes for a pretty hostile environment for large parts of the year. The winds can be so strong they rip the leaves off the vines! It can be pretty dry too and with very sandy soils, managing the health of the vines is only possible if yields are carefully managed. Sandy soils dry up quickly requiring a high level of vigilance in the vineyard in order to protect the fruit. Vineyards require irrigation but it may be necessary to drop fruit and leaves too, just to protect the overall crop. This is not a region where mass production can operate, with only premium low-yield producers being rewarded with some exceptional wines.

One of the top winemakers in the region is Matt Dees, originally a soil scientist who got bit by the wine bug after leaving college. Matt has since become a leading figure in this young generation of winegrowers in the region, producing some of the finest wines in Santa Barbara making Bordeaux and Rhone varietals at Jonata, and Chardonnay and Pinot Noir at The Hilt Vineyard.

Matt was drawn to the region by its climate; comparing it to the story of Goldilocks and the Three Bears – not too hot, not too cold but just right! Previously working at Craggy Range in New Zealand he found the wines he was making could be a little “icy” and struggled to capture that sunshine he was after – it was just a little too cold. Whereas in Northern California working at Staglin in Napa, he found it sometimes too hot, cooking the fruit with a danger of losing the tension. For Matt, Santa Barbara was somewhere in between and just right; cool enough to give the wines that crunchy fruit flavour whilst warm enough to get that sun intensity into the grapes. He describes the Santa Barbara taste profile as “refrigerated sunshine” - whilst the cool Pacific breezes keep it cool, there remains an abundance of California sunshine bringing ripeness and density to the wine.

Even within this compact area there is tremendous variation in climate and this has helped diversify the varietals that can be successfully grown in the region. The first commercial vines were planted in the region by Richard Sandford in 1972. His pioneering spirit saw a small community of wine growers develop the region throughout the 70s, 80s and 90s but it was not without financial hardship too. It has only really been in the last 20 years that the region has blossomed as a commercially successful wine growing region, learning from the early pioneers but also experimenting more and planting new vineyards, collaboratively raising the reputation and profile of the region. 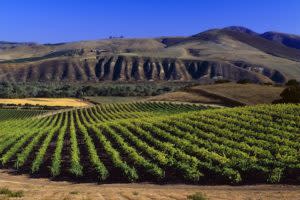 The Hilt Vineyard – The Dark Side of Pinot Noir

Following on from the successful creation of Jonata winery, more recently Matt Dees also helped set up The Hilt, a winery a few kilometers further North. Compared with Jonata (famous for growing Rhone and Bordeaux red varietals), The Hilt vineyards have a completely different climate allowing them to grow cooler climate varietals such as Chardonnay and Pinot Noir.

When planting vines on what is now The Hilt Vineyard, Matt described it as the most hostile place he has ever worked. Being on the very South West corner of the region sees The Hilt take the brunt of the bad weather, helping produce smaller yields, thicker skins and vibrant acidity.

Listening to Matt describe the flavour profiles of his Chardonnay and Pinot Noirs makes the unique climate of the region make a lot more sense. He didn’t want to make Burgundy in California, knowing the region was blessed with a very different climate and soils. Instead he wanted to lock in that California fruit whilst retaining tension, structure and focus in the wines.

Matt describes The Hilt’s Pinot Noir style as “the dark side of Pinot Noir” – a very blackberry fruit profile with savoury, spicy, sous-bois notes. The wines have a noticeable structural substance whilst also feeling ethereal. Sounds a bit like the Cote de Nuits to me! But on top of this is the California fruit nicely measured by the “refrigerated sunshine” synonymous with the region.

Equally, the Chardonnay has the same contrast, with California’s ripe tropical fruit profile offset by a cooler tautness and focus from the climate. Tasting the upcoming 2016s - to be released this week - we loved The Old Guard.

Matt describes the 2016 vintage as unique due to a very long difficult flowering period which actually created bunches that started ripening unevenly. This was then followed by a warm ripening season which had a number of heat spikes that were enough to push the late ripening grapes on each bunch to reach full maturity. In a normal vintage, these heat spikes could easily have overcooked the fruit, but in this vintage it saved the vintage. Matt puts the 2012 Pinot Noirs up there as the best he has ever made. 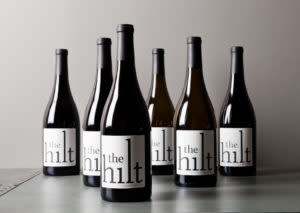 New Releases Not To Be Missed This Month: April 2019