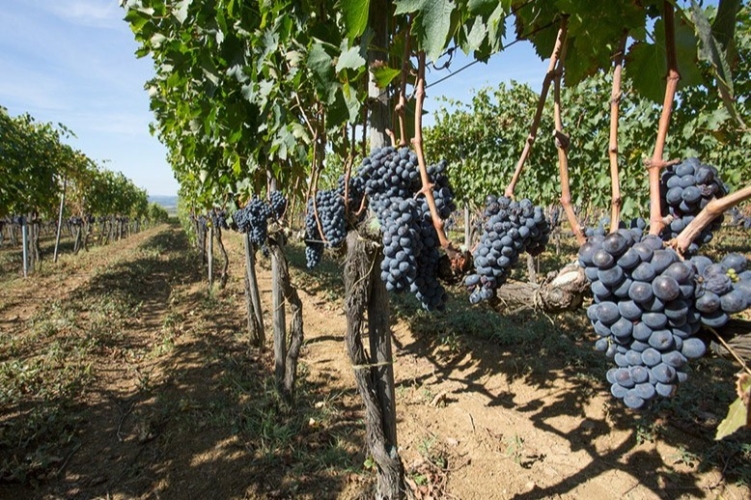 It’s 50 years since Soldera – the iconic Tuscan estate who crafts some of the region’s finest Sangiovese – was established. To mark the occasion, Gavin Smith caught up with Monica Soldera to taste through back-vintages and talk about what lies ahead for the remarkable property

Everyone remembers their first bottle of Soldera, such is its impact on the senses. Speak to anyone lucky enough to have tasted it and watch their eyes glaze over as they are immediately transported back to the moment, the friends they shared it with and no doubt the food it accompanied. It is one of those rare wines that has a way of imprinting itself on the memory. Such is the magic at work in seemingly every bottle of this special Tuscan red that it’s not just the first bottle, but every bottle that you remember.

This year marks the 50th anniversary of the founding of this enigmatic estate set in the hills of Montalcino. In its comparatively short existence, the wine has built a considerable reputation, yet after founder Gianfranco Soldera passed away in 2019, the property finds itself at an interesting crossroads.

Right up until his death, Gianfranco Soldera had very much been the face of the estate. His personality and strong opinions made him a memorable character – and a man not beyond controversy. He was a leading voice against the Brunello consortium’s handling of the Brunello-gate scandal in 2008 and fiercely believed that Brunello should be 100% Sangiovese. In 2012, his winery was the victim of sabotage, in which large volumes of wine (from vintages between 2007 and 2012) were lost – simply poured down the drain. After the attack, the Brunello consortium offered to help club together and replace the wine, but Soldera rejected the offer and soon left the consortium (although the exact reasons behind his resignation or expulsion are unclear). After this incident, Soldera simply labelled his wine as Toscana IGT (today IGP), to make a point that his wine was and will always be 100% Sangiovese.

Despite his polarising nature, ultimately Soldera let his wines do the talking. He was incredibly ambitious from the start, setting out to produce a wine that would compete with the world’s finest – a feat he achieved remarkably quickly, considering he started the vineyard from scratch – replanting the vineyards in their entirety when he arrived at the estate in 1972. 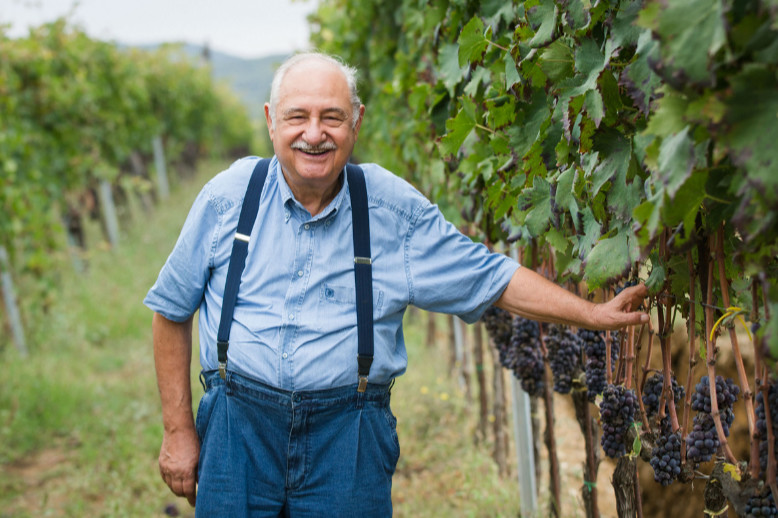 While Gianfranco was the face of Soldera, he did not work alone. The estate has always been a family affair. Both Gianfranco’s son Mauro and daughter Monica, along with her husband Paolo Franco, have worked at the estate for many years. It is Monica’s husband who has since taken charge of the winemaking at Soldera, after working alongside Gianfranco for 16 years.

As we sit down to taste through seven vintages of Soldera that span 21 years, Monica introduces her husband, on what is his first visit to the UK as Soldera’s winemaker. She makes the point that before joining the family business, Franco was in fact a skilled silversmith – requiring a keen sensibility of the hands, eyes and mind. Skills, she believes, are ideal for working at Soldera, and perfectly attuned to her father’s perfectionist mentality. Gianfranco was by all accounts not an easy man to work with. “It’s a difficult job,” Monica laughs. “We are not him, but we try our best.”

Monica also explains that, despite her father’s headstrong approach, he was always open to advice and frequently invited university students to the estate, experimenting with vines on the property, exploring ways to bring out the best in the grapes and vines. Monica believes that science is the key to making wine more naturally. “The more we study, the more natural our processes become,” she says. Working with students has allowed them to fine-tune what they do, keeping the vines healthy in the shifting climate.

The 2017 vintage – the penultimate wine made under Gianfranco’s watch – is due to be released later this year. It was a very difficult vintage in Tuscany, with a ferocious heatwave in the summer of 2017. There were concerns that it might be similar to 2003, when their vines were badly affected by the high temperatures. But to their surprise, the vines showed no signs of water stress, the leaves remained green and rich in colour. Soldera felt this was down to the vines’ deep roots and higher trellising, something they introduced after 2003.

Despite the lack of water in 2017, the team was still able to work with a bigger canopy – meaning more leaves to shade the grapes. The intensity of the summer saw them harvest the grapes a whole month earlier than is typical, starting on 26th August. “To lose one month is extraordinary,” says Monica. Production was also down to 11,000 bottles, versus a normal 15,000. Technically they are allowed to produce as many as 50,000, giving an idea of how much they are prepared to sacrifice to maintain their high standards. 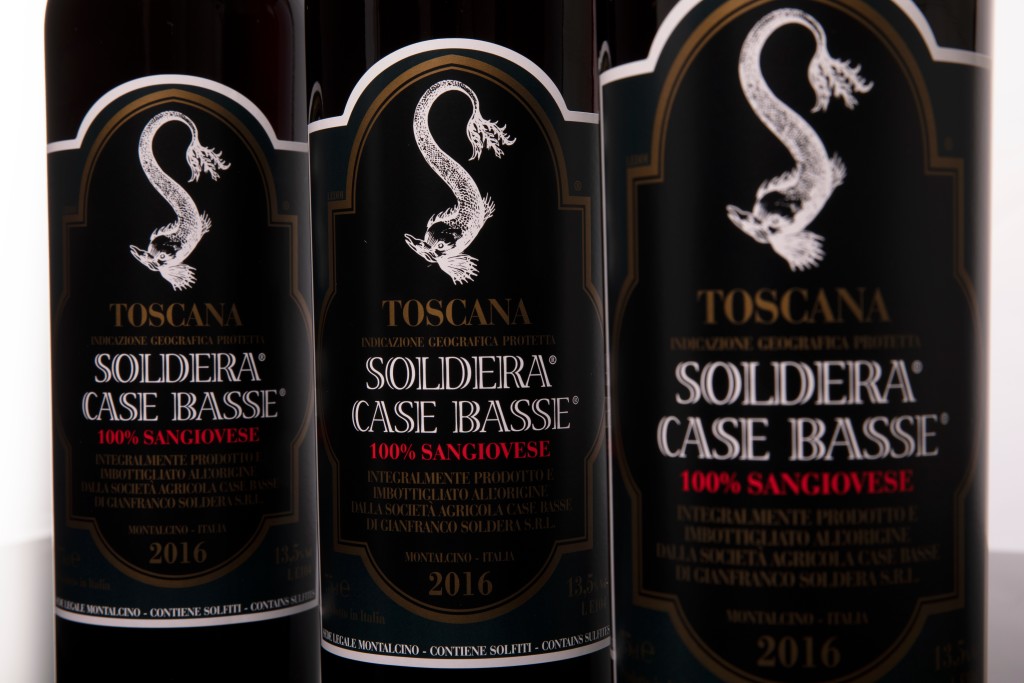 Tasting the 2017, there is only a hint of the heat that severely marked the vintage for many of Soldera’s neighbours. The wine still has the trademark perfumed aromatics of old rose and the sinewy tannins that flex beautifully on the palate. It is easily one of the most elegant wines produced in Montalcino in 2017.

The 2017, however, was always going to struggle to live up to its predecessor, the 2016– a vintage that is amongst the very best in the region. Monica noted just how easy 2016 was in terms of the growing season; everything was just right, right up until harvest. The sheer amplitude of aromas is really quite extraordinary, with strawberry fruit, old rose perfume, fiery earthy, irony, ferric tones and a wild floral note. The energy on the palate is wonderful and thick, tender, with almost elastic-like tannins that make the mouth water. The wine has such vibrancy and a really long finish.

The 2015 as a vintage sits somewhere between 2016 and 2017 in style. While it was very warm, the vines were less affected and produced wines of great concentration. The wine does not have the aromatic amplitude of the 2016 and is nuttier in its aromas rather than perfumed, but seemingly the signature of Soldera – those tender tannins, like silk, bring so much energy and emotion to the wine.

The 2014 is perhaps a surprise highlight of the flight. It was a difficult vintage, with lots of rain. For Monica, it proved very tough and required lots of sorting and fruit selection. In the end they got just 400kg of fruit from one hectare, making just 8,400 bottles. The dried rose, perfumed scent is matched by earthier, ferric tones. I get tomato leaf – which is often considered negative in tasting notes – but here it adds a wild, lifted, herbal tone that brings more complexity to the wine, complementing the sweeter rose notes and savoury, dried-stone aromas. The breadth on the palate is where the magic really is. It stretches right across the palate and brings such effortless depth too. The tannins are still tight but just starting to ease up, and there is so much freshness too. It really is in a wonderful place.

A 10-year gap and the 2004 is the wine of the flight. Despite the bottle age, the scented Pinot Noir-esque perfume is still there in abundance, matched again by an earthy ferric richness. The tannins have eased up as you would expect, developing more mid-palate richness, making the wine incredibly juicy. The tannins are still elastic and bring a huge lift to the palate. It is a mesmerising wine. It was a great vintage in Tuscany, albeit with moderate temperatures for Montalcino, and it has matured beautifully. Some argue that Soldera excels in more moderate vintages – something that shines through in the 2004 and 2014.

The 1999 is another great vintage in Brunello and the next wine in the line-up. Distinct tertiary notes are now showing on the wine, with blue cheese, roasted walnut, dried cherry, sage and light herbal tones mingling together. There is still so much vibrancy to the wine. The tannins are not quite as silky as the younger vintages, but the acid is still so striking. It definitely feels like a wine of its age and, despite the minimal approach at Soldera, the framework suggests extraction levels were higher back then, in keeping with the trends of the time. It is a lovely wine, but not as ethereal as others.

Finally, the 1996: at 26 years of age still holds on to those wonderful, scented aromatics as exuberant as ever. Again, matched with more tertiary notes, blue cheese along with dried cherry fruit, lots of dry extract, the tannins as structured and sinewy as ever, but still very fresh.

It’s an unforgettable flight of some of Montalcino’s top vintages, but it’s Soldera’s ethereality that emerges – with that heady mesmerising scent and tender tannins consistent across the wines. Soldera might thrive in cooler vintages, but the quality of this wine rarely drops below outstanding. Even without Gianfranco at the helm, it’s clear that – under the watchful eye of Monica Soldera, Paolo Franco, and the rest of the Soldera family, not to mention their research team – the estate has a very exciting future ahead.

Huge thanks to Zubair at Raeburn Fine Wines for organising the event.

Discover the history of Soldera and all current back vintages available 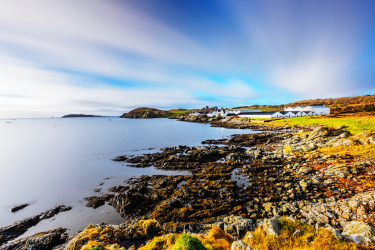 The enchanting isle of Islay