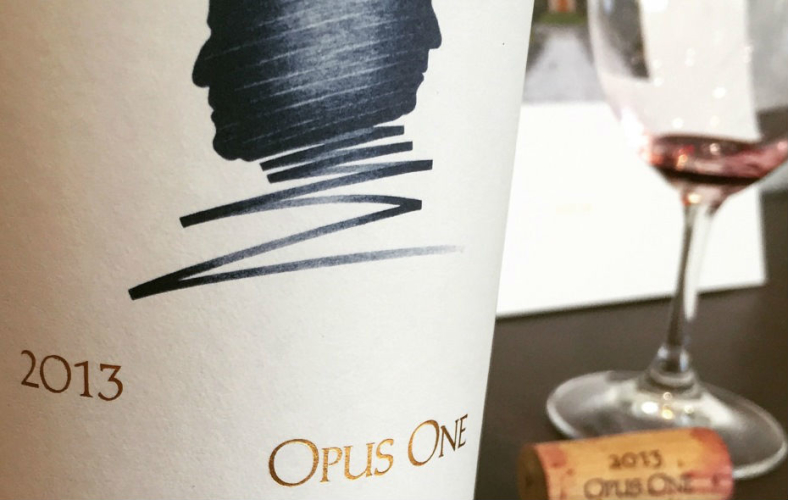 With many big releases expected this month from top vintages and the crème de la crème of producers, September looks set to be one of the key months for fine wine this year…

Below you'll find a brief, but not exhaustive, run down of the releases coming soon and what to keep an eye out for this month. All of these wines will be in high demand and are therefore likely to be sold on allocation, so please make sure that your Account Manager knows if you are keen to secure any of them.

California 2013 looks set to set the fine wine world alight. Jancis Robinson describes it as: “a very fine vintage", while Robert Parker predicts that: “2013 may turn out to be the finest vintage I have experienced in tasting North Coast varietals over the last 37 years.” This month we expect to see:

Awarded a perfect 100 points and described as "The greatest Opus ever" by James Suckling, and on tasting the 2012 Robert Parker said: "A brilliant world-class wine. I imagine the 2013 may even eclipse this." Opus One is therefore a much-anticipated release, that may coincide with a limited availability of Overture as well.

We expect to see parcels of Paul Hobbs' 2013 wines, which are likely to include the 100 point scoring Beckstoffer to Kalon Vineyard 2013, described as "amazing work" by Robert Parker. With eight of Paul Hobbs' 2013s receiving 95 points or more from Wine Advocate, these parcels are sure to be in high demand.

Although the focus will be on 2013, we may see L'Aventure's 2014s this month. Described by Jeb Dunnock as "0ne of the reference point estates in Paso Robles", every one of L'Aventure's 2014s scored over 92 points in Wine Advocate. For Her 2014 picked up 100 points from Jeb Dunnuck, who said: "Pure perfection and one of the greatest wines to come from these limestone slopes on the west side of Paso Robles."

Following hot on the heels of the hugely popular Bordeaux 2015 En Primeur, September will see the release of Latour 2007 (ex château), described by Robert Parker as "undoubtedly one of the longest lived wines of the vintage", Neal Martin as "a fine Latour from an underrated vintage" and Jancis Robinson as "impressive". See the scores here, but await the ex château release later this month.

Although yet to be scored, we expect to see more 1990 Krug Collection cases. This late disgorged release is the second in a trilogy from 1988, 1989 and 1990, with the 1988 being held back until last. 1990 Krug Collection case has been kept for 25 years in Krug's cellars until (in the winery's words): "Opulence, creaminess and freshness come together to build a beautiful harmony." Eric Lebel, House of Krug’s cellar master, says: "Now, over 25 years after its creation, Krug Collection 1990 beams with astonishing youth and exuberance." It is available to buy now here, with more coming soon.

Antinori's Solaia 2013, coming soon, received 97 points from James Suckling, who called it a "classic as always". The score was the joint second highest score he has awarded this wine, placing it just one point behind the Solaia 2010 that Antonio Galloni called "the greatest Solaia ever made".

Once released, Masseto 2013 is likely to be sold on allocation only. James Suckling gave this "gorgeous" wine 98 points and Monica Larner said it "is shaping up to a super star".

The recent publication of James Halliday's Wine Companion has seen a flurry of activity surrounding Australian wine in the market. This is likely to continue throughout September with recent releases like Brokenwood Graveyard Vineyard Shiraz 2013 (97 points from James Halliday, who said "there is only one thing to do: buy as much as you/your partner can afford."), Cullen's Diana Madeline 2014 (98 points from James Halliday, who caid the "complexity of the texture and  structure is second to none"), John Duval's perennially popular Eligo 2013 ("This is a very classy 2013 Shiraz!" according to Lisa Perrotti-Brown, who awarded it 98 points), the "precisely weighted" Heysen Shiraz 2013 from Rolf Binder (97 points from James Halliday), Yangarra Estate High Sands Grenache 2013 (a 97 pointer that topped a recent Wine Advocate tasting) and the pre-release of the as yet un-scored Noon 2015s. Expect more top releases this month.

With James Suckling's 97 points, Viña Errázuriz's Seña 2014 (originally set up as a collaboration with Robert Mondavi) is "already a beauty". Expected early in September.

To round out a trio of Chileans that have impressed James Suckling, Lapostolle's Clos Apalta 2013 received 96 points and was described as "Gorgeous aromas... Seamless tannins... One of the most elegant Clos Apaltas."

With the majority of the much hyped 2015 Rhônes expected later in the year, the big release this month will be Châteauneuf-du-Pape Hommage à Jacques Perrin 2014 from Château Beaucastel. Continuing its run of huge scores in recent years, Jeb Dunnock has called this "probably the wine of the vintage (I feel like I say that every year for this cuvée)", and awarded it 94-96 points.

For Port fans or those looking for gifts to celebrate special anniversaries, Warre's 1970 ("Surprisingly delicate" - 91 points - James Suckling) and a fifty year release of Graham's 1966 - which "has developed beautifully in the bottle" according to Robert Parker - are expected to be released in September.

Just to reiterate, due to the rarity and demand for these wines coming soon, if you would like to get your hands on any of these, please make sure your account manager knows what you desire.