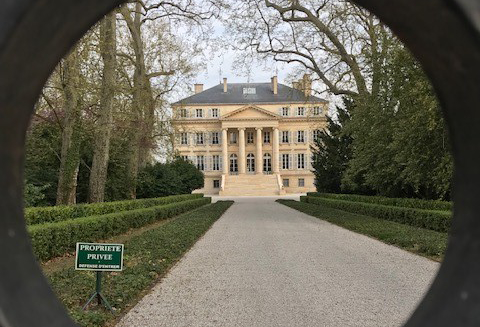 Chateau Margaux is one of the world’s most iconic and historic wineries, producing some of the finest wine in the region for over 600 years. Despite its historical roots it has never rested on its laurels, remaining at the forefront of top Bordeaux wine production. More than ever, the owners and team are committed to retaining its reputation, investing huge amounts of money and resource into research of their terroir, tackling climate change, experimenting with clones, rootstocks, pruning methods and even their closures; all in a bid to maximise the quality of their production.

Chateau Margaux’s roots date back eight centuries. The Margaux site was originally used as a fortress built close to the Gironde river, constructed to protect against invasion. With a wealth of soldiers to feed in the fortress, they were encouraged to plant grains in the surrounding fields but they soon found that due to the particular gravel soils, large parts of the land were not feasible for grain production and so instead opted to plant grapes. The Margaux fortress became the first grape growers in the Southern Medoc at this time.

It wasn’t long before they saw that particular plots were producing better quality grapes than others and in this very early stage, terroir definition was already playing its part in where Margaux producers would grow their grapes. As the fortress’ population increased, a neighbouring village developed in order to provide necessary goods and services and the village of Margaux was born. The fact the property predated the village and appellation is an important fact, since today it is illegal to name an appellation in France after a producer – Chateau Margaux remains the only one.

The Unique Terroir of Puch Sempeyre

By the late 17th century a unique 20-hectare plot on a hillside close to the Chateau had been identified as really exceptional terroir by the Estate. By this time, the plot’s ownership had been split across over a thousand tiny landowners. The proprietors of Margaux were determined to buy up the entire plot. It took 80 years to buy the full 20 hectares, but since this time the terroir of Chateau Margaux has remained the same for a staggering 350 years.

Not only were the perimeters of their vineyards the same but they were also precisely documented in a book written by the vignerons of the Margaux Estate in 1710. The book still exists today at the Chateau explaining each of the different plots on the property as well as providing a guide to dealing with each plot under different vintage conditions, including advice on viticultural procedures. For instance, in one excerpt it outlines how one should refrain from picking the grapes too early in the morning, as the condensation on the skins will lead to dilution of the grape juice. 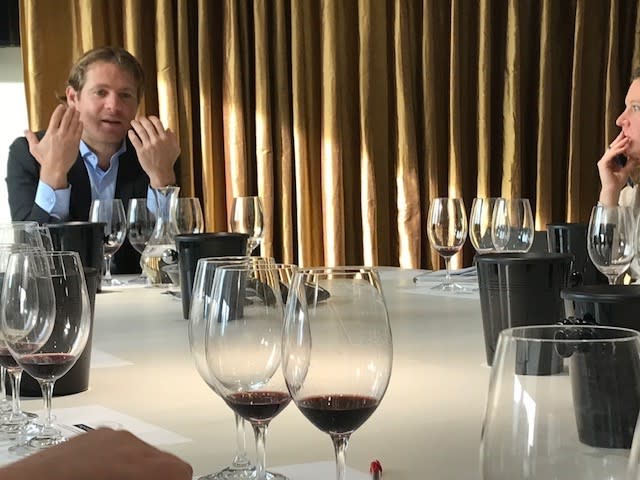 Aurelien Valance describes what is so unique about this hill of Puch Sempeyre. A hill that has remained at the heart of Chateau Margaux’s profile since its outset. Whilst there are a lot of gravel soils in the Medoc, the particular gravels at Puch Sempeyre are of a different geological period than any other in the Medoc, providing a unique expression to the grapes grown there. It is always windy there which protects the grapes against disease, any extreme heat and most importantly against frost. Even in the warm 2003 vintage, the wine from the site remained fresh and moderate in alcohol. In 1991 when the whole of Bordeaux was devastated by frosts, the hill of Puch Sempeyre was unaffected. It is a little-known fact that the 1991 Chateau Margaux is made entirely from the Puch Sempeyre plot.

Aurelien states when they are doing the blending of the plots for each vintage, they can immediately recognize the incredible floral perfume particular to the site alongside its freshness, complexity and elegance on the palate. 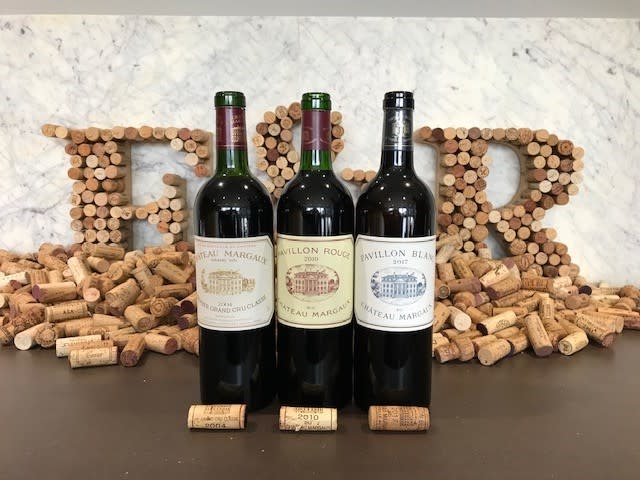 Chateau Margaux is most famous for its Cabernet Sauvignon dominant red wine but they have been making white wine on the Estate just as long – initially both the white and red grapes were blended together. Since the separation between the red and white wines in the 17th century, the style and terroir of the white wine has changed over its long history.

From 1710 to 1920 the white wine was called Chateaux Margaux Vin Blanc de Sauvignon. In 1920 it was renamed Pavillon Blanc de Margaux although the Estate is not exactly sure why the name was changed and what it refers to! There is a plot of vineyards that is called Pavillon but this has tended to always be used in the Grand Vin of the red wine, so offers little clue.

The profile of the wine has changed because the terroir has changed, with the wine being made in different plots over this time. In the 1950s and 1960s the grapes were grown on a vineyard rich in clay providing a much bigger and full-bodied white wine, quite different to the style of the white wine made today.

In the 1800s, the vineyards where the wine is grown today was historically a highly desired plot for some of the Chateau’s finest Cabernet Sauvignon. However, it was susceptible to frost and following the phylloxera outbreak the site was not replanted. With no vines growing on the land at this time it meant during the reclassification of the Margaux appellation in the 1950s it was not included, making it destined to become a forgotten site.

In the early 1970s the Estate rediscovered documents outlining the importance of the plot pre-phylloxera. Apparently, some Bordeaux wine merchants used to request to buy Chateau Margaux but specifically from barrels from that vineyard. They were refused but the reputation of that particular plot seemed to be well known amongst professionals at that time. More recently the plot has been reincorporated into the Margaux appellation and whilst most of the vineyard remains dedicated to the white wine, half a hectare of the vineyard in 2017 was replanted to Cabernet Sauvignon. It will be five years before the first fruit is used and at least 10 years before it will be considered for the second wine, Pavillon Rouge. But who knows in 20 year + this forgotten vineyard could be returned to its former glory.

The selection process has only become stricter at Chateau Margaux and this remains the case with the white wine too. The 50 year old Sauvignon Blanc vines produce between 15 – 25 hectoliters per hectare of which a massive 2/3 of this production is deselected during vinification! This is because the Estate wants to produce a wine with a certain flavor profile – avoiding the tropical fruit character of earlier picked examples of the varietal whilst at the same time retaining high acidity to give the wine freshness and age-ability. During extensive tasting of the tanks, many overtly tropical or slightly flabby wine is sold off in bulk.

Chateau Margaux today has never been stricter in their selection of the Grand Vin and the Pavillon Rouge. To compare, in the 1982 vintage of Chateau Margaux 75% of the production of this 82 hectare estate was going into the Grand Vin and the remaining 25% went into the Pavillon Rouge (Margaux’s second wine). In 1997 Chateau Margaux started to become much more selective and introduced a 3rd selection of juice which they deemed not good enough to go into either of the wines and was sold off in bulk to Bordeaux merchants.

Between 2008 and 2009 the price of the Pavillon Rouge tripled in price due to the opening up of the Chinese market. With this huge increase in price on the secondary market – winemaker at the time Paul Pontalier believed for the wine to live up to its price tag, their selection had to be even stricter, reducing the production of Pavillon Rouge in half and introducing a 4th selection to their production. Yields were also greatly reduced from an average of 55 hectolitres per hectare down to 40. Today just one third of the production goes into the Grand Vin. 25% goes in the Pavillon Rouge, 20% into their third wine and the remaining 25% or so is sold off in bulk. 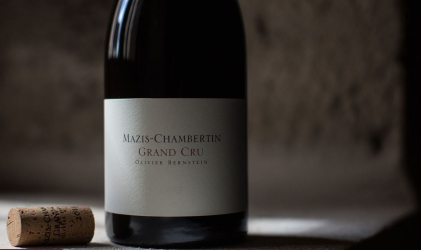