Charles Van Canneyt is the young vigneron at the helm of Domaine Hudelot-Noëllat. When Alain Hudelot-Noëllat stepped down from running the domaine in 2008 – a post he had been in for around three decades – he handed stewardship straight to his grandson Charles. Based in Vougeot, this domaine has seen vast improvements in quality in recent years, under the guidance of Charles, promptly recognised by critics and trade alike. Since Charles took control of the winemaking at the estate, he has become one of the rising stars of a younger generation of winemakers in Burgundy. With his wines in such high demand, it was only natural for Charles to want to increase production. However, with the exponential increase in the value of land prices in the Cote d’Or in recent years, the possibility of buying more vineyards is simply unfeasible for most local Burgundians.  This has led to a recent trend in Burgundy - the rise of the micro-négoce - often born out of established domaines.

Following in the footsteps of the likes of Jean-Marie Fourrier and Méo-Camuzet, Charles Van Canneyt started his micro-négoce in 2012 and expanded its output further in 2013. There is no doubt that Charles is an extremely talented winemaker, as well as being incredibly well connected with many of the top Burgundian families throughout the Cote d’Or. Therefore he couldn’t be better placed to operate as a négoce, selecting top quality wines for his négociant business. 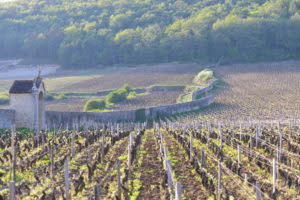 The wines he is producing, both from the domaine and through this négoce business, are simply spellbinding. Neal Martin commented that, under Van Canneyt, “ domaine is really ratcheting up the quality… there are rich pickings across the range, the village crus some of the finest that I encountered across all my tastings.” Neal Martin’s effusive praise also extends to the winemaker’s new venture: “Charles Van Canneyt proved himself a winemaker par excellence courtesy of both his work at Hudelot-Noëllat and the first wine I have tasted from his new namesake négociant label.”

Using his considerable reputation and influence, Charles Van Canneyt’s négociant business specialises in sourcing tiny quantities from the very best sites, including Chambertin, Chambertin Clos de Beze, Chevalier Montrachet and many more of the most famous Grands Crus and Premier Crus. Wines are made in minuscule quantities of one, two, maybe four barrels in some cases, so they tend to remain under-the-radar, un-scored and largely unseen - yet they are simply unmissable. Charles Van Canneyt’s wines expand his offering without duplicating Hudelot-Noëllat’s range, effectively offering the same quality from alternative appellations.

After speaking with Charles about how the négoce wines compare with the domaine wines, he explains that the wines are very personal to him. After the success made of the domaine, he is keen to make a mark under his own name: “They’re two completely different things. At the domaine, it’s family, I work for my grandparents. This, is something for me.” 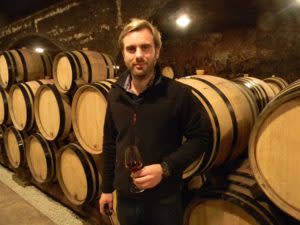 It is interesting to note that Charles Van Canneyt was supported in setting up his micro-négoce by Johan Björklund, the ex-wine merchant who runs the boutique and hugely-respected Hôtel de Beaune. This fact pays testament to just how food-friendly his wines are. Charles has now married into the Gagey family of Louis Jadot fame; a meeting of truly great minds.

Our advice is to stock up when the fleeting opportunity arises, as we have been impressed with everything we have tasted to date.