EditorialwinesChablis 2020: a mineral, saline sucker punch of a vintage 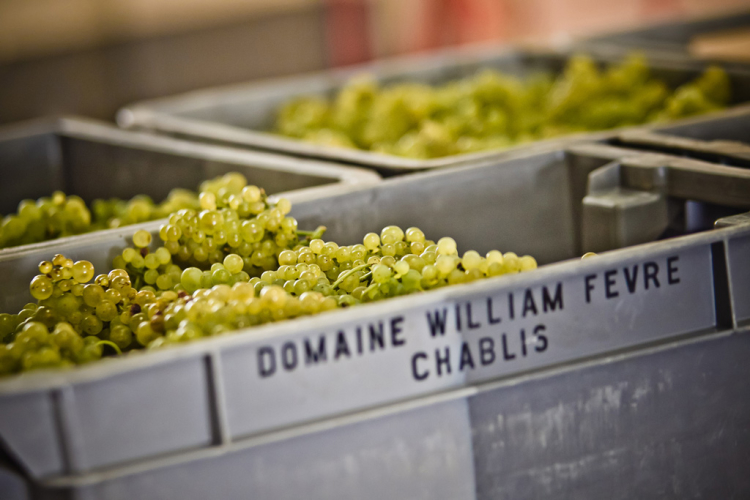 Hot and dry, 2020’s conditions don’t seem to lay the ground for classical, pinpoint Chablis – yet somehow the wines are just that. We spoke to some of the region’s top producers about the vintage’s unexpected outcome

With the recent fruitful set of vintages from practically all the classic French regions, you would be forgiven for thinking one is spoilt for choice for quality and even quantity. The utter devastation across France’s vineyards this spring, however, due to persistent and heavy frosts, was a real wake-up call. There will be very little wine made in 2021 throughout France and the scarcity in the next 12 months will be a reminder of just how volatile and vulnerable wine production can be.

Chablis took a particularly big hit, with production set to be down by as much as 80%. Expect to see global shortages of the more basic appellations (Petit Chablis, Chablis and Bourgogne Blanc) imminently, with 2020 stocks of these wines already largely sold.

With this in mind, we look at the Premier Cru and Grand Cru 2020 releases with added interest and gratitude. Fortunately, it turned out to be another hugely successful vintage for the region (and Burgundy more generally), yet quite different in character to 2018 and 2019.

Like much of Western Europe, Chablis experienced the warmest 12 months of temperatures on record, warmer even than 2003. This meant a very early start to the 2020 growing season and, while there were outbreaks of frost, the damage remained minor, particularly when compared to 2021.

It was, according to Domaine Long-Depaquit’s Matthieu Mangenot, “a very easy vintage to manage, in terms of viticulture”. With a 40% reduction in rainfall and over 300 hours more sunshine than average, there were next to no disease issues in the vineyard. The dry weather even retarded weed outbreaks and this meant little to no spraying was required in the vineyards.

But this shortage of water was bound to also stress the vines. “The drought caused the vines to slow down the maturation process of the grapes,” explained Mangenot. “This was quite an unusual phenomenon.” Since the growing season had started early, vignerons were looking to pick early, but the sugar in the grapes remained low throughout the summer and was only rising very slowly, pushing picking dates later and later. While this raised concerns over when to pick, it also provided many benefits to the final wine – benefits that would only become apparent after fermentation.

For Mangenot, the very slow maturation process allowed more acidity to be retained. The berries also remained very small, helping to increase concentration. Despite this, the potential alcohol remained very reasonable – producing much more “classic” levels in the finished wines, around 12.2-12.5%. The other advantage of this slow ripening was that, unlike in the last few hot vintages, there was a lot more time at harvest to pick. Vignerons could take their time and pick certain plots only at optimum ripeness. In fact, after a couple of days spent harvesting the more mature vineyards, Long-Depaquit took a two-day break and slowed down the picking, just to enable the grapes to reach that extra level of maturity. 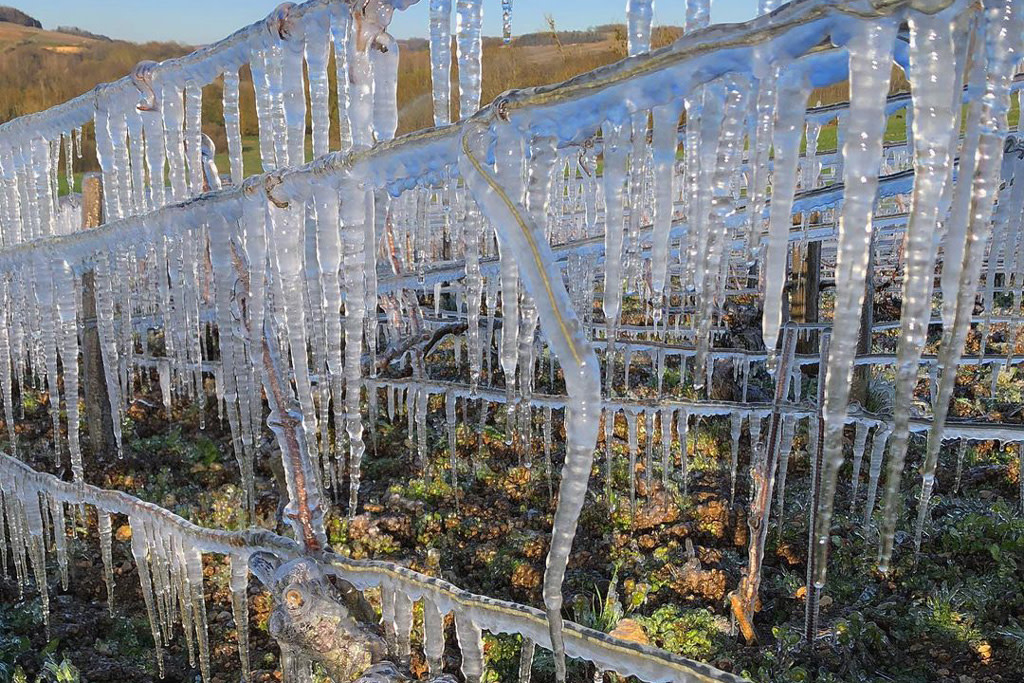 While Domaine William Fèvre’s Didier Séguier was concerned about the effect of the sun’s intensity in July, he was happy to find “a very fresh profile to the vintage” – driven by what he describes as the “double face of the grapes”. One side of each row and therefore bunch was more exposed to the sun, providing a riper, warmer fruit profile, while the other side of the row, where the fruit was more shaded, produced fresher and greener flavours. Combined, the results proved complementary. Importantly Séguier noted that, while 2020 was a warm year, August was not as hot as in 2019; as such, the grapes were not as extremely ripe as in 2019, but did ripen less uniformly. WiIliam Fèvre started harvesting on 25th August – the earliest harvest date in the domaine’s history, alongside 2003. For Séguier, the main challenge was the difference in ripeness – “not just even between parcels, but also on the same row and even the same grape!”. In this respect, selection was key.

For most, harvesting took place from 22nd to 23rd August and continued over a two-week period. Yields overall were about 20-30% down, due to a number of factors. A very cold snap in the spring damaged some vines, while the small berries also meant there was a lot less juice in the berries, and the bunches themselves were also much smaller. The biggest threat to yield, however, was the number of shriveled berries due to the drought. While these could easily be removed at sorting and therefore not affect quality, it was the main cause for the drop in yields.

In many ways, 2020’s warm, sunny conditions seem similar to those of 2018 and 2019, yet the profile of the wines is completely different. The alcohol levels are much lower and the acidity levels much higher – the pHs sit around 3.3 to 3.35 (compared to 2019 which was closer to 3.45). Another point of contrast with 2019 was the relatively high levels of malic acid in the grapes found at some properties/in some vineyards – something that typically decreases in very sunny vintages This worked in the vintage’s favour for producers like Mangenot, since after malolactic fermentation there was more lactic acid. This added richer notes to off-set the citric acid backbone of the wines, bringing greater balance.

All these factors are in direct contrast to 2019 – a very successful vintage, but almost the opposite in terms of flavour profile. “In 2019 there was lots of evaporation of water from the berries creating an intensely concentrated and stone fruit aromatic profile,” says Mangenot. “The grapes were ripening extremely quickly in 2019 and it was a rush to pick everything before the danger of over-ripeness crept in. If anything, the 2020 was the opposite, with some wines having a green, lighter, herbal edge – on the positive side of that spectrum.” For him, the 2020 vintage has become difficult to compare. “While it shares the very warm conditions of 2003, 2009, 2015, 2018, it doesn’t behave in the glass like any of them.”

For Vincent Dauvissat, it reminds him of 2002 with a touch of 1997 – two dry vintages that managed to preserve their acidities and mature beautifully. “It is a vintage with a lot of charm and a very nice freshness,” he says.

Dauvissat, unlike Long-Depaquit, had very little malic acid in his grapes and seemingly fewer issues with drought. “The vines at the estate do not seem to me to have had any water stress,” he says. “A few plots on the plateaus would have shown a little more, but the maturities followed their normal rhythm.” 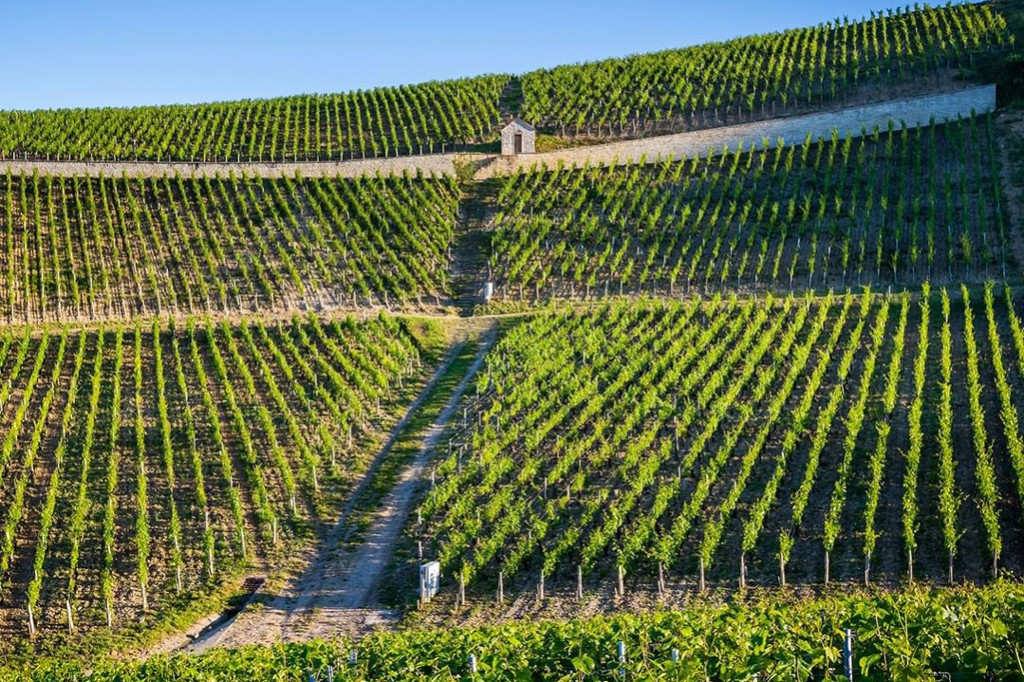 The 2020 vintage, according to Mangenot, is “one for the laboratory”. He thinks it is fascinating how the Chardonnay is adapting to climate change. How the Chardonnay can react on the vine to warmer and drier vintages without losing its sense of place. “Despite the heat and dryness, the alcohol levels are normal, the acidity levels are exceptional and the overall balance on the palate means the wines are representative of an excellent vintage for the region.”

Mangenot was so impressed by the fleshiness in his Premiers Crus and Grands Crus, he was confident enough to extend the wines’ élevage on their lees – adding further tension and flavour complexity to the wine. “It is a vintage with great ageing potential in terms of balance and acidic backbone,” he says, comparing it to 2017 or 2012 – very popular vintages for vignerons in Chablis, where the acidity is classic but there is flesh too. It is what he calls “a truer expression of Chablis”.

Séguier is also extremely pleased with the vintage. “The 2020 has the freshness of 2017, and the concentration and the expression of 2019,” he says. “A vintage that expresses a superb minerality and freshness with a nice intensity of fruit and especially citrus fruit characters.”

While many wines are still maturing in tank (due to the extended élevage), there is a great sense of relief from those we spoke to. Firstly, no vigneron in Chablis is comfortable picking their grapes in August. The weather tends to still be very warm, bringing concerns about the grapes’ health once picked in such hot conditions. For Mangenot, however, this was managed well in 2020 and did not negatively affect the wines. Secondly, the year proved that a warm dry vintage can still produce a very classic Chablis style – defined by a citric fruit profile, floral aromatics and distinct mineral salinity.

From what we have tasted this summer, the wines are excellent. The vintage offers great terroir focus, with each of the Premiers Crus and Grands Crus being unique in terms of flavour profile and structure. It looks set to be a classic vintage for the region, with lots of freshness and minerality – and a fascinating year in which to explore Chablis’s diversity. With production levels decimated in 2021, this will be a vintage to go long on. 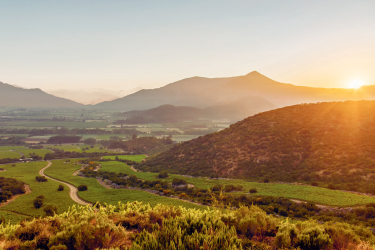