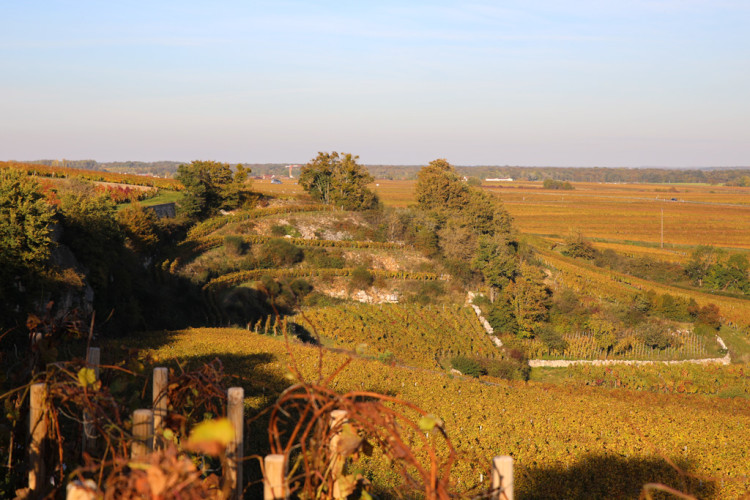 No two growing seasons are alike – but the 2020 vintage in Burgundy was particularly unusual (and also remarkably easy for its vignerons). We delve into the conditions that shaped the year’s wines

The 2020 vintage is exceptional. Not only was it the earliest harvest on record, but the entire growing season – from start to finish – took place almost a month earlier than is typical. This meant véraison (the all-important ripening period of the grapes, when they change colour) took place in July and August as opposed to August and September. This is significant because the angle of the sun is different, higher and therefore stronger, and the daytime hours longer, marking a fundamental shift in the annual lifecycle of the vine. It resulted in a contracted growing season and for many, lay the foundations of future vintages in a warming climate. For practically all producers, it was the earliest harvest ever. For many producers, all the grapes were in by the end of August. For the historic Bouchard estate, who have detailed records stretching back to 1731, 2020 was the earliest harvest in 300 years.

Fortunately, this shift forward in the growing season didn’t seem to negatively impact the quality – in fact, for many, it proved to be hugely beneficial. The Chardonnay, in particular, was largely unaffected by the shift both in terms of quantity and quality. Pinot Noir suffered more with the drought, resulting in a drop in yield – quite drastically in some cases – but the quality, like the growing season, was exceptional, and for all the right reasons – the grapes reached full maturity, retaining lots of acidity, while also remaining very Burgundian in style.

An early, hot spring kicked off the season, with the vines budding around a month earlier than normal (circa 14th April). Bouchard’s Frédéric Weber emphasised just how early and rare this is. The risk with an early season is frost: fortunately, unlike in 2021, the temperature didn’t drop too much, and there was little damage between budding and flowering.

The warm weather continued and a mini heatwave in May affected some. At Domaine des Lambrays Jacques Devauges blamed the heat for the coulure (poor fruit set, resulting in not all the flowers forming into grapes), which led to a significant drop in yields. Hudelot-Noëllat’s yields were also impacted by coulure and millerandage (resulting in fewer berries per bunch). Pierre Duroché suffered similar issues in Gevrey-Chambertin, but for him this was not unusual. “My vines are so old, not every flower results in grapes but I am happy with this as it means there is no grape compaction on the bunches – keeping fruit intact,” he explained.

With little frost or hail, the growing season is marked only by the lack of significant rain. Most of the Côte d’Or saw little to no rain fall during a warm but not excessively hot summer season. The dry conditions meant mildew and oidium were kept at bay, and there was very little disease pressure. For many, the drought and heat saw the vines shut down for a period of time. Some believe this self-preservation effort is why the acidity levels remain high and the alcohol levels moderate, as the vines pressed pause on ripening, avoiding excessive sugar formation in the berries. Most of the wines are a full percentage less in alcohol compared to 2019, with reds averaging 13.5% and whites 13.2% at Bouchard, and acidity levels in the whites as high as the much-praised 2014s.

For those whose vines could cope with the drought (and this varied drastically from vineyard to vineyard, rootstock to rootstock), the growing season was easy to manage – particularly when compared to the horror show of 2021, from which vignerons are still recovering. 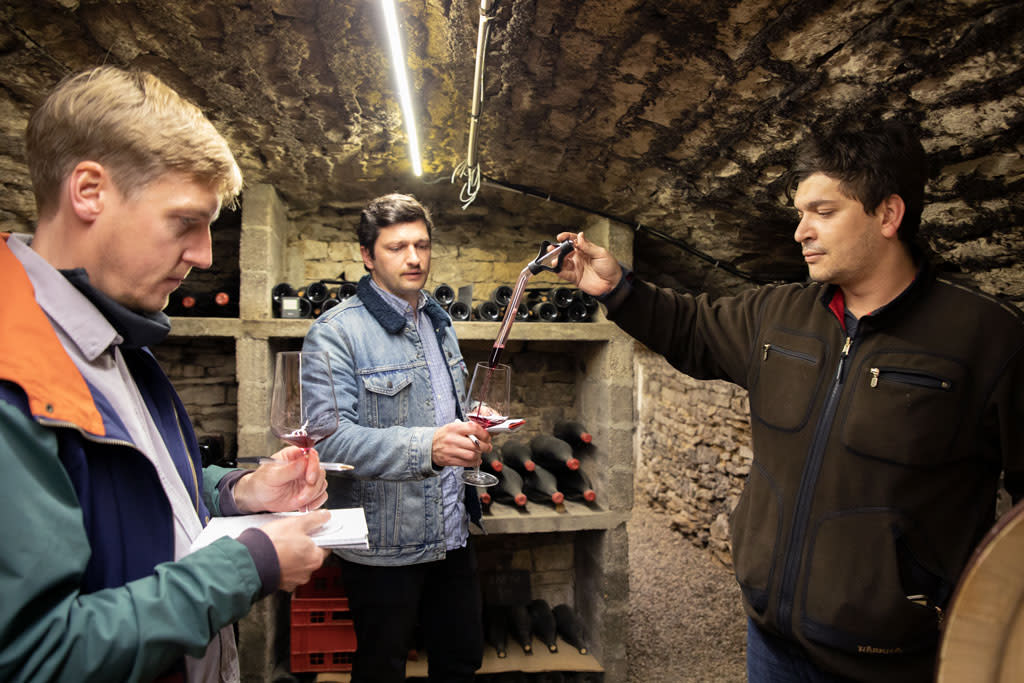 Tasting in the cellar with Maxime Cheurlin at Domaine Georges Noëllat

The drought in 2020, however, is significant for the yields of Pinot Noir. On the poorest soils – typically the most exposed Grand Cru sites, with minimal topsoil and therefore poor water retaining properties – the vines suffered excessive hydric stress. On the Grands Crus of Clos Saint-Denis and Clos de la Roche, Domaine Georges Lignier’s Benoît Stehly watched helplessly as the leaves just dropped off the vine mid-August, allowing the sunshine to burn his grapes. His production was almost halved on these exposed sites. (In fact, he produced more wine in 2021 than 2020.) Lignier seems to have suffered more than most producers we visited, although on average Pinot Noir yields were down by up to 40%. The northern wind in August was another significant factor, dehydrating the grapes, producing high levels of fruit and acid concentration, as well as thicker skins.

The whites generally coped much better with the drought. Chardonnay clearly adapted to a drier season more easily, with yields for many at full capacity and the quality outstanding. For Guillaume Boillot at Henri Boillot, “C’est le top.” He describes the finished wines as “hyper-dynamic and balanced”. It was Boillot’s earliest harvest since 2003, beginning on 19th August, with all the grapes picked in nine days. They were not the only domaine to point out the similarities to 2014 when it comes to the freshness in the whites.

While most picked the white wines in the third week of August, picking dates of the Pinot seemed to vary greatly and not only depending on location. The drought saw particular sites cope much better than others within the same appellation. More generally though, the Côte de Beaune Pinots were picked in August, whereas in the Côte de Nuits, vignerons either opted to pick before the rain in late August, or after. Maxime Cheurlin at Domaine Georges Noëllat waited until the rains arrived on 28th August and picked as late as September 8th. Lamarche, Hudelot-Noëllat and Gros Frère & Soeur also waited. For Cheurlin, the rain helped completely change the phenolic character of the Pinot Noir – resulting in the finest wines he has ever made. Like Cheurlin, Nicole Lamarche, in these drier vintages, has come to see the rain as her friend. With moderate alcohol levels from all but a few producers, it certainly wasn’t racing sugar levels that forced an early harvest for the Pinot.

The 2020 vintage could mark the beginning of a more permanent shift in Burgundy’s growing season. If that’s the case, the results, for now, are encouraging. As Jacques Devauges of Domaine des Lambrays said at the end of our tasting: “If 2020 is the future of Burgundy, where do I sign?”

Browse all available Burgundy 2020, or read more about the vintage. Register for wines that haven’t yet been released here. 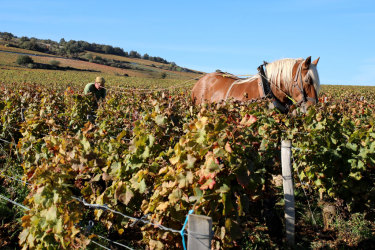