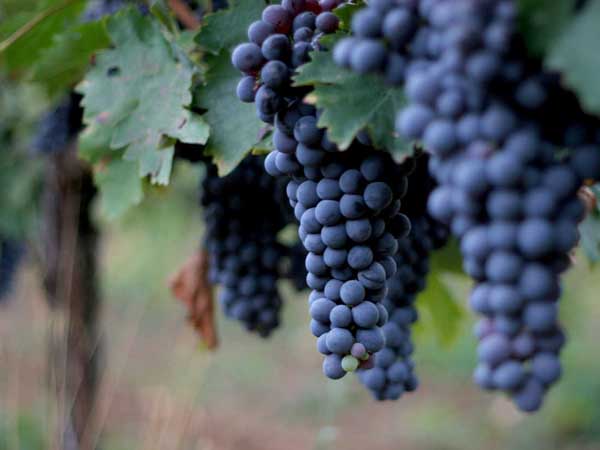 Sangiovese, like Pinot Noir, is very much susceptible to over-cropping and in recent years has been used and abused by many winemakers to the detriment of its true varietal profile. Sangiovese has the potential to produce wines with the same textural brilliance as some of the world’s best Pinot Noir; it can also be as fragrant too. Its high acidity retention and tannin structure makes it a varietal of the highest quality level and the potential is huge. The tar and spice character, outlined by Walter Speller in the recent Brunello debate in London, is derived more from excessive extraction and maturation treatments than the variety itself. Today many producers are holding back on the extraction and the use of new wood producing a more modern transparent style. With a more transparent style, the effects of terroir can be better appreciated and this leads to a better understanding of the different sub-zones of Montalcino and how the specific sub-zones affect the style of each of the wines.

The Brunello di Montalcino debate and tasting in London

It took to 2 years to get to this point, but this week nine of the top young producers from Montalcino gathered in London to discuss the current status of Brunello di Montalcino and its future. Despite its reputation as one of the finest wine regions in Italy, the style of Brunello di Montalcinio from producer to producer can be wildly different and therefore difficult to understand. The debate was an opportunity to identify the reasons why such variety existed and whether through sub zones the region can be more easily defined.

The nine producers and the wines on show were there to put this sub-zoning development to the test with each of the producers representing a region and style synonymous with the zone they are from. What became clear from the tasting however, was that, whilst sub-zones are a fact, in that there are very different climatic effects across the region (due to the effects of the mountains and hills in the area) as well as very different soil types, it became clear that other winemaking factors still remain a determining factor in producer style, at least in today’s tasting.

The variables: Altitude, Soil Types, Clones, and the winemaker’s techniques

Altitude is a strong determining character in Montalcino. This was very clear when visiting Romitorio earlier this year who have some of the highest vineyards in the Montalcino region. In the past where these vineyards may have struggled to reach full ripeness in a less than perfect vintage, these days benefit hugely from climate change and the high diurnal variations in temperature from day and night are effective in retaining high acidity and freshness in these wines.

When we visited Poggio di Sotto in February this year they too believed there are many factors (in which sub zone is one), that play a role in the overall producers style. Poggio di Sotto are particularly affected by Mount Amiata, having a huge local climatic effect particular to the vineyards in that sub-zone. But also clonal variation was a hugely important factor for them. Perhaps more importantly than that and arguably the overriding factor that defines their style is their very light extraction methods, producing very elegant Sangiovese almost unrecognisable to other producers in the same region.

Le Ripi believed it was their high density planting that has had the biggest effect in their style of Brunello rather than having wines defined by its sub zone. Similarly Casanova di Neri and Biondi Santi are located in the same region yet Casanova di Neri produces a very “modern” style of Brunello – rich, riper and I assume later picked, whereas Biondi Santi are producing a more rustic lighter “traditional” style.

Sub zones are another additional level of understanding that for the engaged wine enthusiast will be appreciated. However the importance of sub-zones, similarly to Burgundy, should not be overestimated. We all know for example that Clos Vougeot from Domaine Meo Camuzet is a very different beast to Clos Vougeot from Bouchard Pere & Fils. Whilst the individual vineyard mapping of Burgundy (and elsewhere) helps us determine some overriding characteristics of the individual climats, it could arguably be seen more effectively as Burgundy’s greatest marketing tool. I don’t mean this cynically since the different soil types, aspects and altitudes all play an important role in understanding a wine’s flavour profile, just not the only role. Single vineyard / climat mapping also help us (the wine drinker) get to grips with the region itself be departmentalising it, and that is why sub-zoning can be important in other regions too. We can enjoying exploring different vineyard sites and through our own tastings make comparisons.

The wine-makers influence overrides the importance of terroir

Another important variable identified during the discussion and tasting was the impact of the winemaker. As outlined last month with producer Roberto Voerzio, due to his extreme pruning techniques (bunch halving every cluster of grapes to increase concentration and intensity), the style of his wines are some of the most intense and tannic in the whole region. Considering Voerzio’s vineyards lie in the La Morra sub-zone, famous for its lighter style and elegance, it is a good example that sub-zones are less important when winemaking techniques override terroir. However it must be noted that Voerzio’s techniques are extreme and where winemakers take a more hands-off approach, which is becoming more popular in modern winemaking, terroir characteristics are more likely to shine through. The talk concluded that sub zones are a fact; but they do not equate to quality or style of a particular wine. A producer’s talents are still paramount and this is something worth considering with any fine wine over and above its appellation.

Whilst the discussion raised more questions than it answered it was a fantastic opportunity to taste some great examples of the 2012 and 2013 vintages of Brunello di Montalcino. From this tasting along with our visit to the region in February earlier this year, it is clear that the variety of styles along with the rising number of young talented winemakers in the region is making for a region worthy of exploration. Our favourite wines from the tasting and contrasting in both style and sub zone were the wines by Canalicchio di Sopra based in the northern district of Montosoli north of Montalcino and Le Ripi based in the warmer southern region of Castelnuovo dell’Abate.

Montosoli is another hill north of the hill-top town of Montalcino which acts as a wind and temperature break from the hot southern winds. Due to the hills gradual slopes it has a high sun intensity ensuring high levels of ripeness whilst being on a slope keeps the vines well ventilated and free from disease and botrytis issues. Canalicchio di Sopra wines have everything in 2013. A lovely fragrant ripe fruit aromatics as well as perfume of dried flowers. The tannins are beautifully fine and delicately textured whilst the power and intensity is well tempered and beautifully balanced. A real highlight of the tasting.

Grown in the southern warmer sub zone of Castelnuovo dell’Abate, Le Ripi has high density planting giving the wines great intensity and ripeness whilst having beautifully soft yet textured tannins. The concentration of fruit is well balanced with bright refreshing acidity and the lovely silky texture is impressive. It is indicative of a warm site, beautifully tempered and their wines come highly recommended. 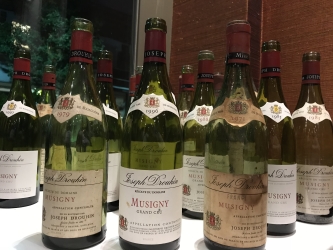