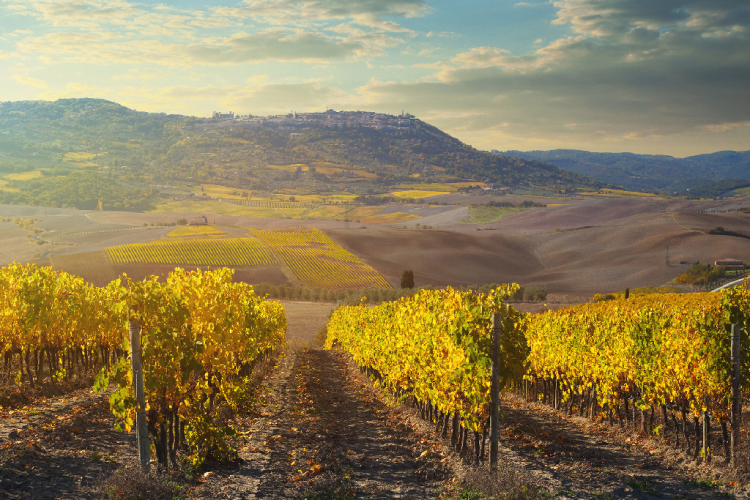 As the latest wines from Montalcino are released, we delve into the 2017 vintage. Talking to and tasting with leading producers at the annual Benvenuto Brunello event last November, here’s everything you need to know about a tricky year for the region’s growers

The headline for the latest Brunello vintage is that it was a challenging year. But don’t write it off. The vintage was an opportunity for the most sensitive and gifted vignerons to prove their mettle, producing a number of excellent wines that should not be missed.

It is never easy for producers, or wine merchants for that matter, to promote the vintage following a classic. The 2016 vintage was a touchstone year for the region with a vast array of spectacular wines produced throughout the rich and varied appellation. The 2016 Riservas (also released this year) remind us again just how good the vintage was, and how it allowed both the character of the different terroirs and the style of each vigneron to strut their stuff.

In comparison, 2017 was a lot less straightforward and Mother Nature threw a lot more curve balls. The beginning of the season saw some erratic temperature changes and the threat of frost on some early-budding vines. There was drama in the town when Pietro Buffi (of Baricci) decided to lay damp hay bales around the perimeter of his vineyard; by setting fire to them, he created a smoke screen limiting the impact of the frost. The local fire brigade were called and there was much confusion, but no flames. It proved incredibly successful for him, at least. Unlike most producers, whose yields were drastically cut by the frost, Baricci lost just 10% of his normal crop.

Yields for most producers are very low, not only due to the spring frost, but also the irregular weather at flowering, and the long drought and heatwave that marked the summer. For Matthew Fioretti at Cerbaiona, the elevation and exposure of his northeast-facing vineyards helped temper the hot conditions. Even so, he admits that the 2017 Brunello was made almost entirely with his oldest vines, whose deep roots had better access to the limited water resources available. The clay-rich soils at Canalicchio di Sopra to the north eased the lack of rainfall, but no vigneron was immune to the vines shutting down at the height of summer. The concern was whether the grapes could reach full phenolic maturity by harvest. 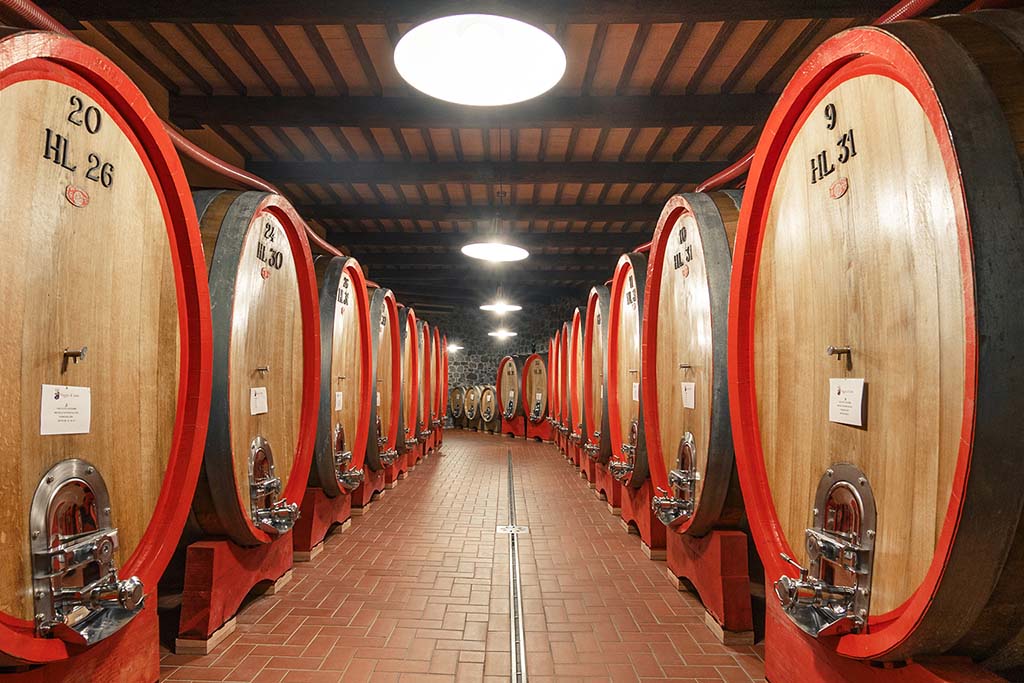 The cellars at Poggio di Sotto

All the vignerons were in agreement that the arrival of rain in early September was a godsend. The rain brought the vines back to life and then it was a waiting game as the grapes pushed through to full phenolic maturity. Francesco Ripaccioli (Canalicchio di Sopra) is a strong believer that the last 20 days prior to harvest are the most crucial in determining the success or failure of a vintage. In 2017, these last 20 days were, in his view, those of “a great vintage”, with mild temperatures during the day and substantial drops in temperature during the night, preserving acidity and aromatic complexity of the grapes. Favourable days were interrupted with a bit of rain, that was immediately dried up by the wind. Many producers we spoke to agreed – the final weeks in September brought plenty of character to the final wines. Thick skins and a nicely toasted fruit profile were, for many, positive attributes.

The 2017 growing season remains fresh in the memory of Montalcino’s growers partly because the 2021 vintage was almost a carbon copy. Both vintages saw widespread frost followed by a hot and dry summer. In 2017, the drought meant that the berries were very small with high skin-to-pulp ratios, meaning lots of tannin. The poorer examples are therefore quite dry as opposed to heavy. It is only where the grapes were resuscitated enough by rain to push through full phenolic maturity that producers could make balanced wines.

For Fioretti, there were two options: either pick early and retain a bigger crop before more of the grapes’ juice evaporated, or hold out and see if the grapes took on more complexity left on the vine. He chose the latter starting on 19th September and finishing on 24th. Fioretti notes that while the fruit hadn’t reached full phenolic maturity, he was very satisfied with their ripeness in tank.

With such huge variation in altitude across Poggio di Sotto’s different vineyards, the team spread their harvest over nearly a month, picking the warmer sites as early as 29th August and ending on 27th September. Although 2017 was one of the hottest and driest years ever, at Poggio di Sotto the wines have maintained excellent richness of fruit and acidity, due to rigorous selection and an elongated harvest.

Based in the cooler northern district of Montalcino, Canalicchio di Sopra, another real success in 2017, picked even later, starting 25th September and finishing 6th October. It was the southern sections of Montalcino, however, that suffered the worst from the drought. The north received 300mm of rain between March and November, while the south saw just 160mm. Sangiovese is so sensitive to drought and the conditions were so drastic that parts of the south were even allowed to irrigate. 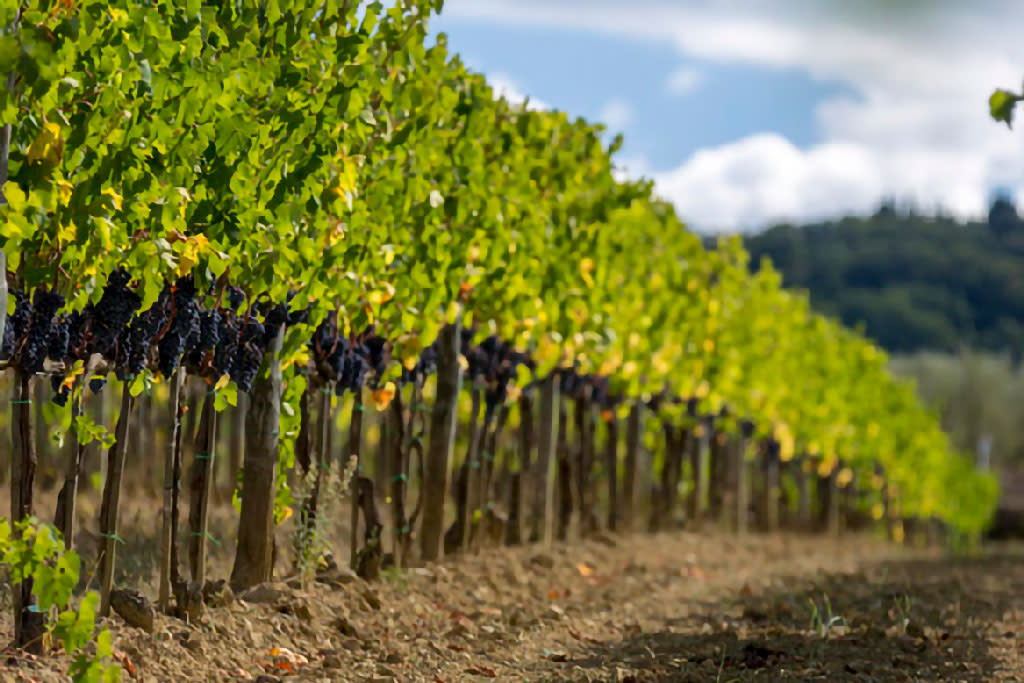 Despite the challenges, a handful of top producers produced outstanding wine in 2017. The best examples have fully ripe tannins, a lovely crunch to the fruit and vibrant acidity. While not as fleshy as the 2016 Riservas tasted alongside, the top examples are not at all mean or lacking in concentration. Whereas in poorer examples the fruit aromas can be a little candied and sometimes a little meaty (suggesting possible issues with fermentation), others have a pleasing roasted fruit character, rather than raisined ripeness. At worst, the tannins can feel a little abrupt and hard-edged.

Top producers, such as Casanova di Neri, Canalicchio di Sopra, Poggio di Sotto and Talenti have made great wines in the toughest of vintages, and their 2017s are no exception – they really are special. Wines selected wisely will give great short to mid-term drinking pleasure and should not be missed.

Watch out for Brunello 2017 releases next week. Read more about Italy or explore all current Brunello listings 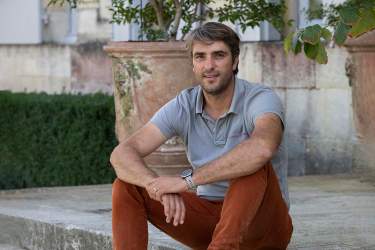