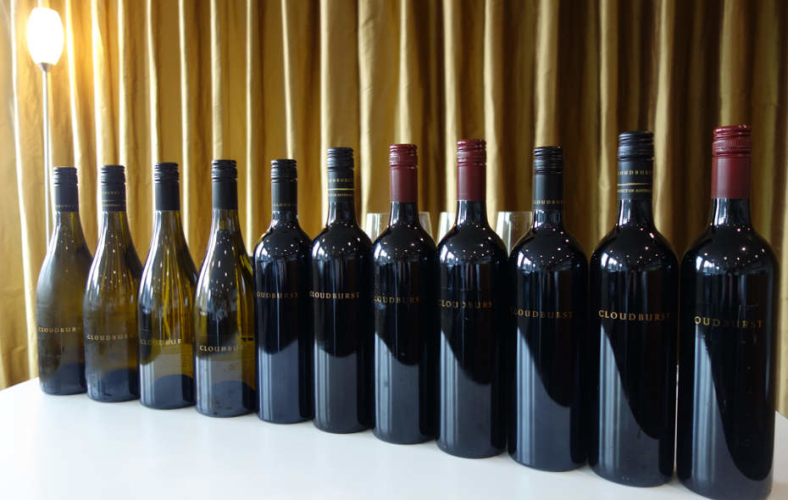 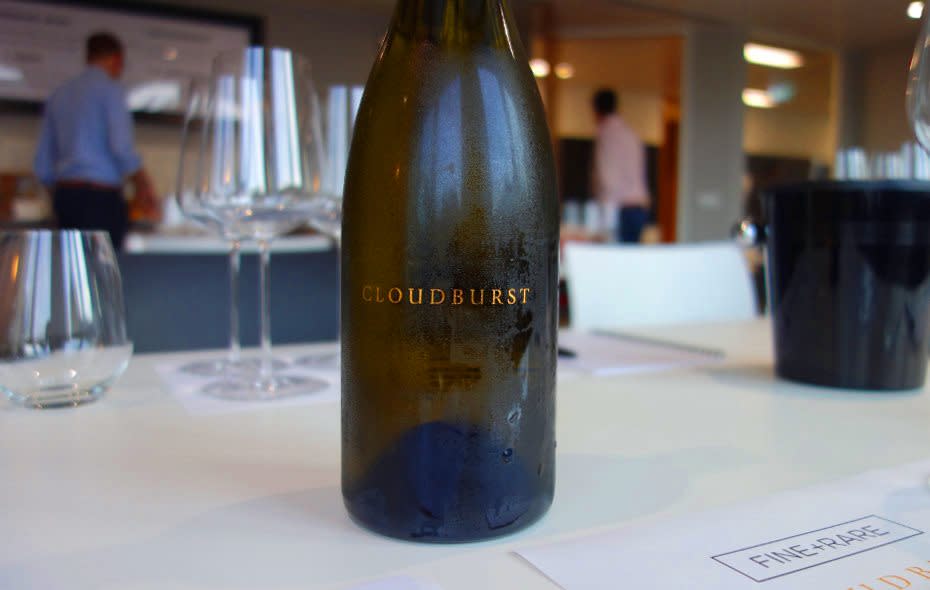 On Thursday 21 September over a breakfast of bagels and fresh fruit, FINE+RARE hosted an exclusive Cloudburst Masterclass for the London’s top sommeliers. Take a peek behind the scenes…

The unassuming and softly spoken American Will Berliner is the owner, mastermind, viticulturist, winemaker and marketer behind cult wine brand Cloudburst. In his words: "Cloudburst Wines is me."

In our experience, winemakers do not always make the best public speakers. Their comfort zone is found between the vines or lugging hoses in vaulted cellars among their barrels, not in front of a crowd of London's most experienced wine professionals waiting eagerly to be impressed. But Will Berliner is not your average winemaker. When he speaks, he strikes up an instant rapport with his audience, who are captivated by his infectious passion.

"Wine wasn't a part of my culture growing up", he tells us. But he and his wife - who doesn't actually drink wine - found themselves the owners of what he modestly calls "a garden" in the "biodiversity hot spot" of Margaret River, overlooking the Indian Ocean. 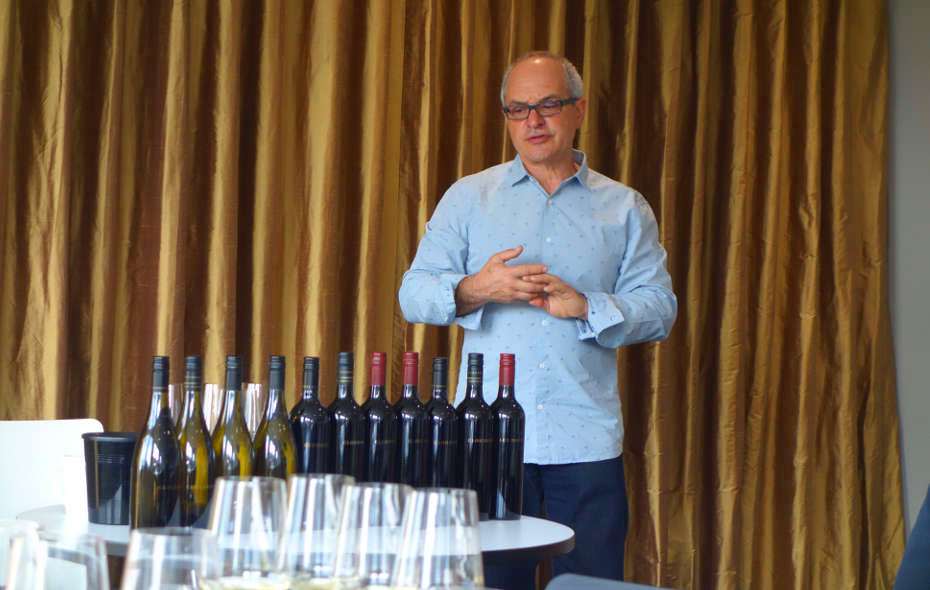 As this language suggests, what strikes you on meeting Will Berliner - like a refreshing sea breeze off that Indian Ocean - is his passion for plants. Cloudburst Wines is not a commercial operation looking to make more and more for less and less. The grapes come off a minuscule 0.5 hectare horticultural paradise, and Will is "not really interested in getting bigger."

Will's background is not wine, it is flora. He owns forests in the U.S. and has even dabbled in herbal medicine and vegetarianism. So his first task was to learn about winemaking. He studied at UC Davis and started "bothering" people in-the-know, including Kermit Lynch amongst others, incessantly asking them "how do you do this?" and "why did you do that?". After mining this know-how he set about tasting at every cellar door he could and rocking up at any vineyard that would take him and offering to work for free, just to learn the art. He says: "As a plant person, I was horrified by what I saw... vines are seen purely as industrial inputs... that was not the way I wanted to do it."

Many wineries talk a good game about caring for their vines, but as Will points out: "you rarely see the winemakers and owners in their vineyards". Will is in the vines daily and takes caring to a whole new level - he lives and breathes those precious plants. We didn't dare ask him which way he'd go if asked to choose between his sons and his vines.

Despite his down-to-earth and soothing style, Will paints a vivid picture; we are no longer in an office block, overshadowed by the gargantuan Shard as the grey Thames snakes by silently beneath us. We find ourselves in a verdant, bucolic, undulating, almost Tolkein-esque fairy tale where the vines are full of life and speak to you as their tendrils gently curl towards you...

Cleared by Italian immigrants seventy years ago, when Will picked it up, Cloudburst was just a sandy, weed-ridden wasteland. Through careful mulching it now has thick soil on top of crumbling granite and a seam of silt. The vineyard is planted on a "human scale" with vines in manageable but close 30m rows. He employs no irrigation and uses ungrafted vines that have never been cultivated. His methods are so different to other Australian wine businesses that he was openly ridiculed by some of his neighbours. But the results have been miraculous.

And a lot of that comes down to his attention to detail. What started as a "maverick" approach of trying whatever techniques he felt like, has now been reined in by the vineyard telling him what it wants. Quite often it simply tells him to "get out of the way".

He is reminded of a time that he noticed weevils in his vineyard. His neighbours told him "you'd better bomb your vineyard, they'll eat half your crop." Will decided to watch the weevils and read up on them. He found out that they like to come out at night, so under a full moon and with a head torch he went out and collected them in jar: "I've never had a weevil problem since. If I'd sprayed the vineyard, I would have killed the spiders, the wasps, the ladybirds, everything else useful." This zen-like attitude purveys everything at Cloudburst: "If one of my workers is having a bad day at the vineyard, I send him to the beach." Will Berliner's philosophy brings to mind Rachel Carson's Silent Spring.

Everything is very in tune with nature at Cloudburst, from the million year old soil to the birds in the surrounding marri trees. The only outside elements introduced are a little sulphur and the finest barrels they can source. Will doesn't want the wines to be dominated by new oak, but often finds that the fruit is "screaming out for it". The wines are open fermented with natural yeast. Will tries not to pump, preferring to use his forklift and gravity instead. He doesn't stir or rack, just patiently and "almost religiously" tops up his barrels. Any changes that are made are done so incrementally so that what you taste in a bottle of Cloudburst is that vintage; pure and simple.

Australian wine tastings are usually relaxed affairs, with a tendency to verge on the boisterous. But today's tasting of Cloudburst Wines was something different. There was a marked and respectful hush, almost like being in a place of worship, as if in the presence of something bigger. It was the sort of reverence reserved for the First Growths and their peers.

But Will keeps the atmosphere light, joking: "This is definitely better than coffee. I'm going to change my routine and start every day like this. What a life we have. This is our morning. How good is this?"

Tasting almost everything that Cloudburst Wines has produced, we kick off with...

Starting with the brand new and yet to be officially released 2015 Chardonnay, we work backwards through the vintages to the voluptuous 2012. The textured 2014 appeared a particular highlight, and Will is not surprised: "there's something about 2014, there's a richness, some say it was because it was hot, but I think it was because of how that heat came." The 2013 Chardonnay is currently the "darling of the Sydney somms" for its leaner style and, judging by the rapidly emptied glasses, it also appears to be a hit in London.

Cloudburst Wines' Chardonnay comes from Gingin clones similar to those used at Leeuwin, which have found their way to Australia via Argentina and South Africa. Will has experimented with Dijon clones, but they didn't express the richness he was looking for. Hens and chicks grapes reduce his yield but improve the quality, he describes these 3-4mm fruits as "pearls" and "flavour bombs".

Grapes are sorted in the vineyard by Will himself, then again in the winery. A little Malbec is added, usually around 7%, taking on the role of Merlot in a Bordeaux blend. Again we taste from the yet to be released 2014 Cabernet Sauvignon back to the 2011, one of the first wines Will made, when the vines were still young: "Now they are adolescent and much stronger." Grapes are crushed and destemmed, then the wines are left to do what they want. The new vintage shows what a master Will has become.

Will was on the hunt for a Merlot, but didn't like what he tasted in Australia. He toyed with Petit Verdot but it ripened too late.Then he stumbled across some local Malbec, apprehensive about the spiciness of the usual Mendoza offerings, he was surprised by the quality produced on his vineyard, and how mysterious, delicate and floral it manifests. "Malbec on my soil is incredible", he tells us. As the Malbec vines mature they demand more oak and he is now using up to half new oak: "the berries just want it."

Will gets a real kick out of tasting the older vintages. He explains that he had so little confidence in the early days that he drank them indiscriminately, making Spaghetti Bolognese for his family. As he has less than a tenth of a hectare of Malbec, and some of it goes into the Cabernet Sauvignon, there is very little of those back-vintages left. The numbered bottles highlight that the vintage output is only around 500 bottles. The early vintages are therefore "rare beasts with only a few left in the world."

As the tasting comes to an end, the room seems to slowly awaken as if coming out of a meditation. The sommeliers shake hands with Will, telling him it was a pleasure to meet him and they are "such beautiful wines". Many comment on being amazed by the differences between the vintages, with one telling us: "Will was an excellent speaker and I am fully behind his philosophy and style. You can see a lot of passion from his work whilst he is still very humble, both qualities that I admire." The biggest surprise comes when Will tells the sommeliers to contact him directly if they have feedback or questions - something you rarely hear in the world of fine wine. This modest winemaker listens to everything and everyone around him and that is probably why his wines are such a resounding success...

The new vintages from Cloudburst Wines will be released towards the end of September/early October 2017, so watch this space.

Below is the view taken from Will Berliner's vineyard just a few days before our tasting... 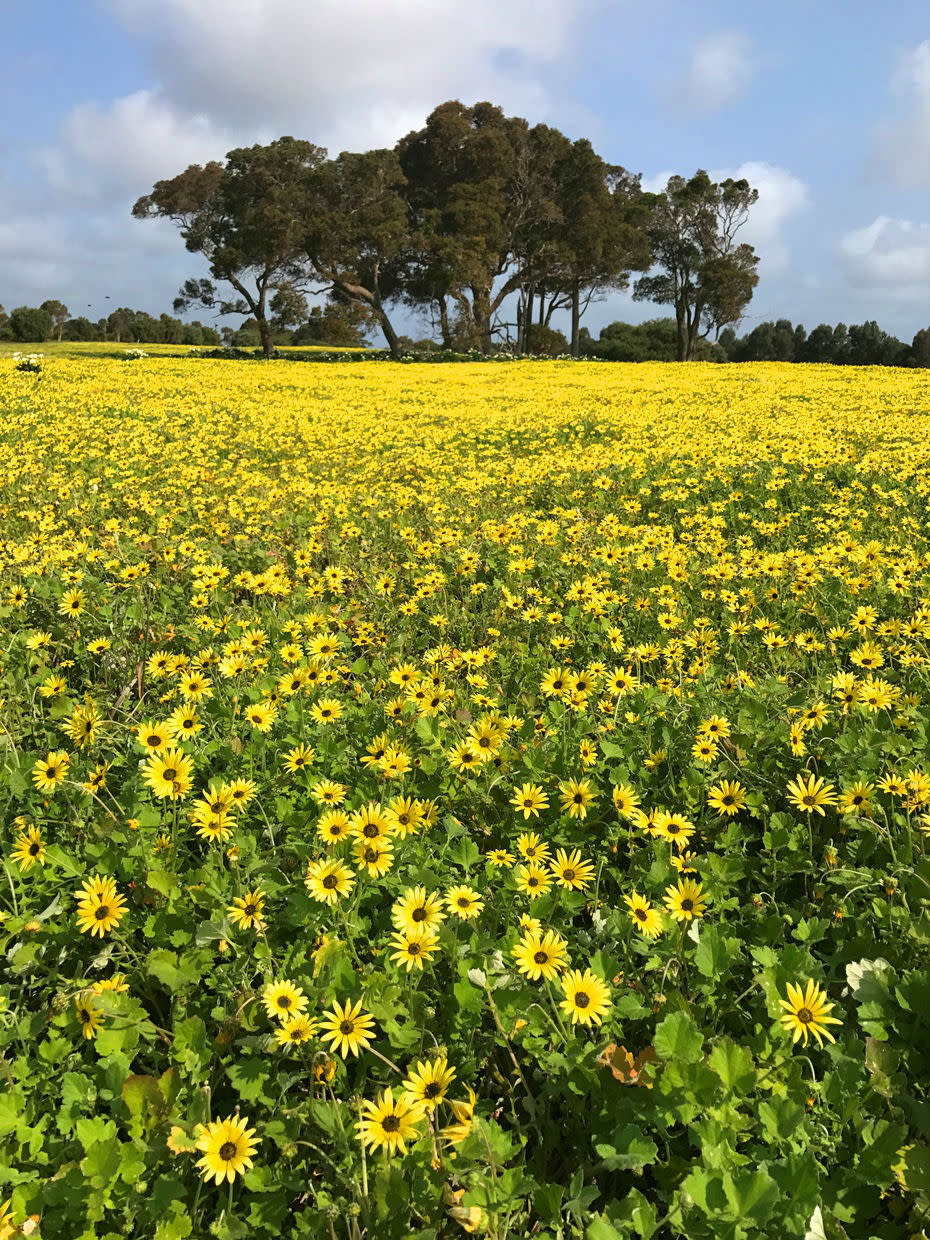 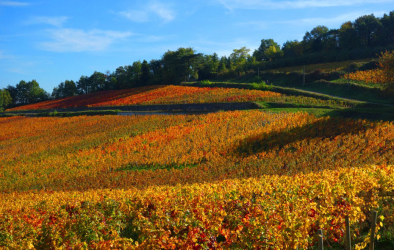