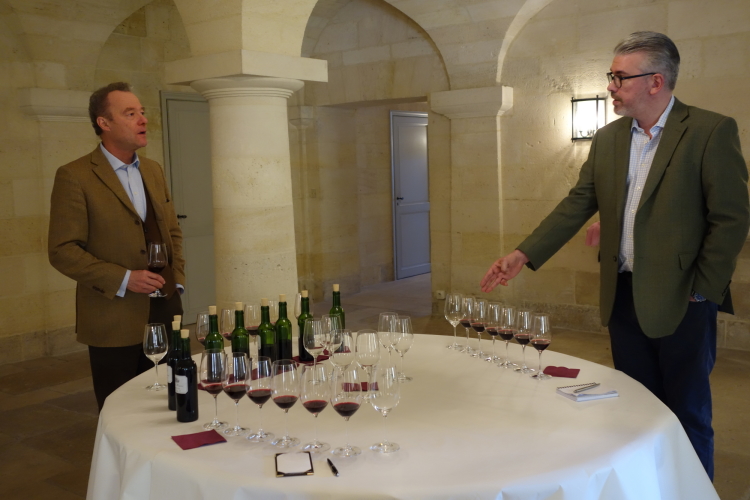 After a remarkable visit to Ch. Margaux, Joss Fowler shares his thoughts on the 2014 vintage and how it stacks up against previous years

In terms of bragging rights, our annual tasting at Margaux is very, very, hard to beat. This is the third February that I have visited Bordeaux and, in particular, visited Ch. Margaux for what is an eye-opening tasting of some of the component parts of the blend of the previous year’s vintage – in this case, 2014. For a wine geek like me, there are few better tastings than this. We get an insight into the vintage, an insight into the grape variety and an incisive insight into the terroir of Ch. Margaux – something that is rather special. The whole tasting is guided by Paul Pontallier, who has been running Ch. Margaux since 1983. Nobody knows this wine better.

One of the great things about the First Growths is that they are all so different, which means that you can easily avoid the question: “Which one is the best?” This notwithstanding, Ch. Margaux has something to it that, for me, puts it at the top along with Ch. Latour.

There is something special at Margaux, it’s obviously about the soil but, more than that, it’s about the owners and the team and their connection with the soil. You can feel something at Margaux that you don't often feel in Bordeaux: love.

We tasted eight different samples: one of Merlot, four of Cabernet Sauvignon, one of Cabernet Franc, one of Petit Verdot and one of the press wine. Tasting notes are pointless here. These are wines that won’t exist, but there were some points that particularly impressed. 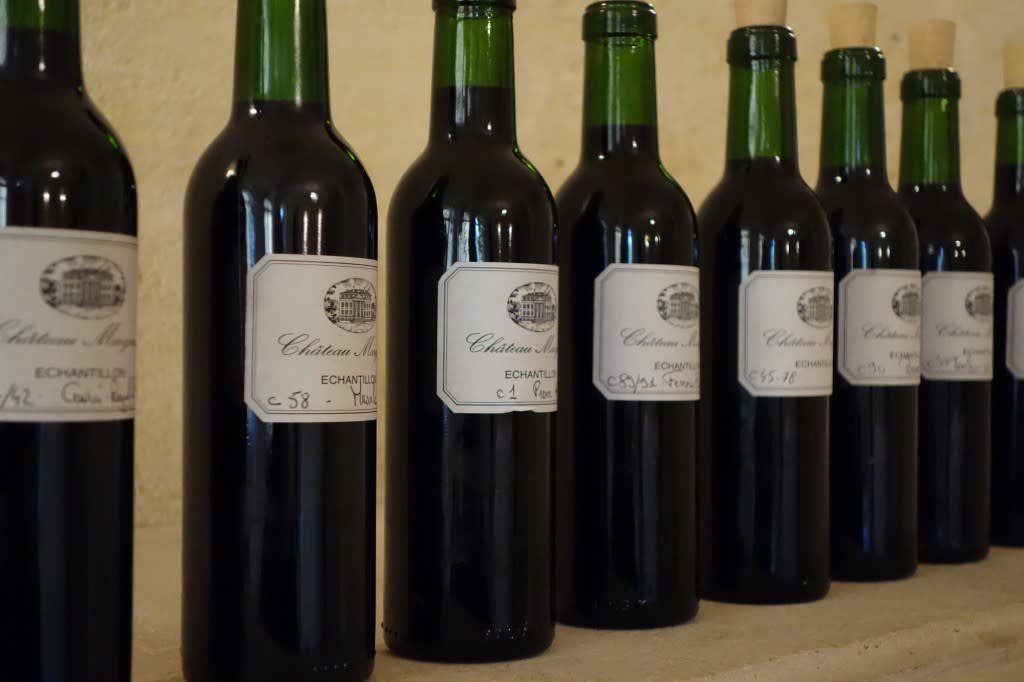 The sample we tasted came from the chateau’s best plot of Merlot and the only Merlot that will make it into the 2014 blend. Seriously rich and ripe, and very Margaux – soft and long – this is about as impressive a Merlot as you could hope for on the Left Bank.

There are just four or five barrels of this that will make it into the 2014 blend. On its own, it is crisp, lifted and crunchy, with a distinct character all of its own.

The Bordelais often describe Petit Verdot as the condiment and, as with salt and pepper, if you can taste it, you’ve put too much in. We tasted one sample of Cabernet that had already been blended with some Petit Verdot and the amplification of the Cabernet, if that makes sense, was clear.

We then tasted Petit Verdot on its own from a plot of 20-year-old vines that doesn’t make it into the Grand Vin, though almost certainly will do when the vines are older. The seasoning analogy falls perfectly into place here. This is all about peppers, spices and provencal herbs. This will go into Pavillon Rouge.

Now, this was an experience. There are three parcels of Cabernet Sauvignon at Margaux which make up the heart of the blend. And you can taste it. Not just because of the style, but because of the breathtaking quality.

Plot one has the youngest vines at 20 years old. This put a smile on my face the way that only Grand Vin, or a wine with real energy, does. It’s hard to define what causes it, but it’s that feeling when you know that something is special. The Concorde used to fly over my house at about 5:30 in the evening. On a summer’s day, it never failed to make me smile. It's that sort of thing. Irreplaceable.

Plot two was the “serious” plot. The volume was turned up here, though the style is more structured and less seductive. It's a bit more grown-up though no less pleasing.

Plot three was the best liquid I’ve tasted this year. Staining the glass, this had lift and freshness on top of a depth, texture and spectacularly silky and complete Margaux character. Tres Grand Vin.

These three plots were the pinnacle of the tasting and the sheer quality of what will make up about half of the final blend of Ch. Margaux was spellbinding.

And finally: the press wine

The press wine is just that: the wine that is produced by pressing the skins and pips post-fermentation. Used judiciously it adds an extra element – primarily backbone – to the final blend.

Despite some very powerful tannin – the nature of the beast – the 2014 press wine was quite, quite complete. It is an experience, and the wine would most likely score in the high 90s from those critics who favour power and structure.

How do you summarise a tasting like this? Well, it’s unique, and one of the great pleasures of what we do. Our conclusion: we may well get put into the stocks for this, but 2014 shows some promise.

This may sound facile, but Ch. Margaux is a very, very special place. And it is blessed with ownership and management that love it, which is very important. More than prestige, money, status or brilliance, the custodians of Ch. Margaux love Margaux and this, as any wine merchant will tell you, is where truly brilliant wine begins. 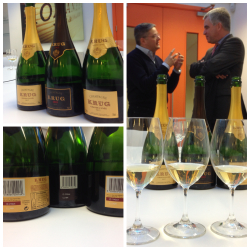