This week saw a very slow start due to the bank holidays in France on Monday and Wednesday but the latter part of the week saw a cluster of releases on to the market, the highlight being the release of Chateau Pape Clement’s Blanc and Rouge. With almost perfect timing Antonio Galloni released his Bordeaux 2017 EP scores highlighting both the red and white Pape Clement as his highest scoring Pessac Leognans even outscoring its historic First Growth neighbour Chateau Haut Brion. The rouge was in fact among his top ranking reds on the left bank overall giving the wine 94-97pts. Slightly more under the radar and an F+R top pick of the releases this week was the ‘insiders tip’, Chateau Marquis d’Alesme. This 3eme Grand Cru Classe Margaux has had huge investment in the last few years and with some of the greatest terroir in Margaux it is currently offering great value for money and among many critics this vintage was the best the Estate has produced. Judging the market astutely a decrease in price from the 2016 only made it more attractive. Aspirations are high for this Estate and right now offers great bang for your buck. With more bank holidays in France next week it is set to be very quiet and time to contemplate current releases which can be found here.

Now with all the scores released including Neal Martin and Antonio Galloni both releasing their scores this week check out the comparison table . 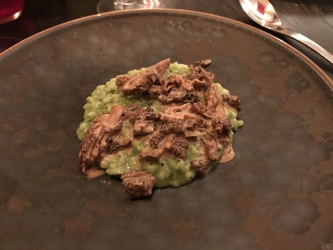