A Masterclass from Château Cheval Blanc 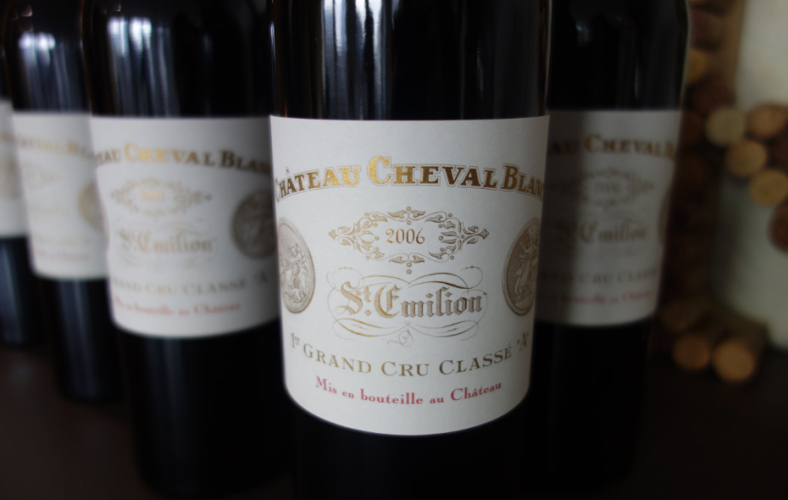 Cheval Blanc is one of the finest Châteaux in Bordeaux, famed for producing what is arguably the greatest wine of all time: 1947 Château Cheval Blanc. Opportunities to taste back vintages from this famous estate alongside the winemaking team are few and far between, so when the possibility arose, we leapt at the chance. The result was a unique tasting at our London office with both Arnaud de Laforcade (CFO & Commercial Director) and Pierre-Olivier Clouet (Technical Director) on hand to guide us through the intricacies of recent vintages and the resultant wines – which, it goes without saying, were utterly delicious.

Walking us through the background and history of the 39 hectare estate, one of the key elements in the success of Château Cheval Blanc is the notion of “terroir”. Located in St. Émilion, 4km north of the famed limestone plateau, Cheval Blanc is much closer on the map (and therefore in diversity of soil types) to Pomerol, with a mixture of 40% gravel, 40% clay and 20% sand. Each soil type is planted with each grape varietal (Cabernet Franc, Merlot, Cabernet Sauvignon and Malbec) with the vineyard divided into 54 separate plots. Each plot is effectively treated as an autonomous vineyard, with no blending taking place prior to vinification, creating a unique sense of identity and adding to the complexity of the finished wines. This gives a true reflection of the piece of land on which grapes have been grown since the 15th Century.

Acting as a protector of the estate’s DNA and heritage, Pierre-Olivier claims he “does not create anything, but crafts ”, acting as a guide, rather than trying to have a direct impact on vinification. He strives instead to “let each bottle tell the story of the vintage” - and it shows. The variation from one vintage to the next is fascinating; each bottle a product of its give year. While many Bordeaux producers strive for strict consistency above all else, the approach at Cheval Blanc is different, with a focus on embracing and maximising the best characteristics of each vintage. 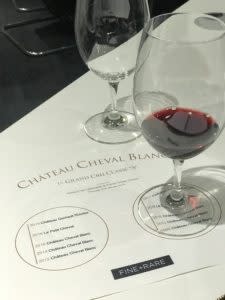 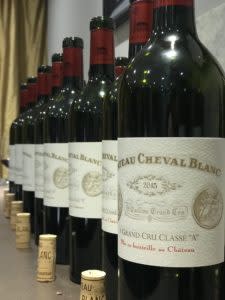 Many of the key components of the winemaking process have not changed 1832, however technology has allowed the team to increase the precision and purity of each bottle – “it’s the same picture, but with more pixels; we’re simply increasing the resolution of the wine”. Meticulous care and attention to detail happens at every stage, from growing the grapes, picking each plot when the grapes are precisely “al dente”, right through to bottling. Listening to Pierre-Olivier speak about Cheval Blanc was an absolute joy, with the passion and enthusiasm that he feels for his winemaking craft shining through every word.

Our tasting started with two vintages of Quinault l’Enclos, a wine which aims to prove that “classical Bordeaux can exist at every price point”, followed by the 2016 Le Petit Cheval - the second wine of Cheval Blanc which came into being in 1988. With grapes selected after vinification, this is a lovely wine with a smooth, caressing mouthfeel and great flavours.

Moving onto the 2016 Château Cheval Blanc, the difference was palpable - this was much more structured and complex, yet still refreshing. We moved backwards in time through the vintages; from 2015 which, in Pierre-Olivier’s words, “was the vintage where every plot was exactly where it was supposed to be” (accordingly no second wine was produced in 2015), to the more classically-styled 2014 with its silky texture and herbaceous notes, through the tricky 2013 with its subtle red fruits, to the 2012 which features a more reticent nose but offers huge ageing potential.

The surprise of the evening came with the very last wine, the white 2009 Le Petit Cheval Blanc. Originally “a wine made for friends”, years of experimentation have now resulted in “a wine good enough to bear the Cheval Blanc name”. This is not what you might expect from a Sauvignon Blanc from Bordeaux, as ripe citrus leaps from the glass.

Pierre-Olivier and Arnaud’s favourite amongst the wines we tasted was the 2016 - an outstanding yet classical vintage. Of their all-time favourites, the top picks were less well-known: 1978 and 1985 Château Cheval Blanc. As Arnaud points out, they may not be the iconic vintages but that doesn’t stop the wines from being extraordinary - “you can’t have a 1947 all the time”. 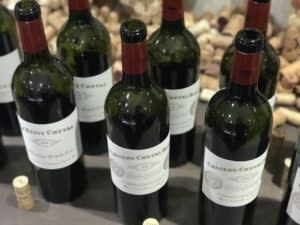 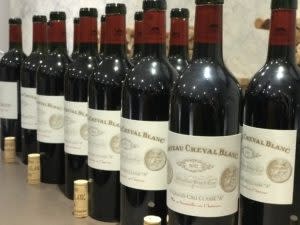