EditorialwinesWines Not to Miss in February 2020

Dal Forno's flagship Amarone and Valpolicella from the much celebrated 2013 vintage are due for release in the first part of the month, as is the annual Maison Leroy release. Domaine Leroy and Domaine d’Auvenay are due out nearer the end of the month or early March.

We will also be focusing on regions outside of Italy and France that are producing ever more stunning wines that deserve a place in your fine wine collection. Look out for our top German Pinot Noir selections as well as our top tips from Priorat – a region that is increasingly producing precise, elegant, yet powerful wines.

We will also be shining a spotlight on the wines of Friuli, home to some of the finest winemakers in Italy who are producing mineral-driven wines with abundant intensity and personality. Don’t miss this week’s look at one of the region's trailblazers, Borgo del Tiglio.

“The 2013 Amarone della Valpolicella Monte Lodoletta is my favorite wine in the retrospective, along with the amazing 2011, 2009 and 1996 vintages.” Monica Larner, Wine Advocate. (98 Points)

The 2013 is one of the highest scoring wines to be made at this prestigious estate recently featured in a retrospective tasting by the Wine Advocate. We visited Marco Dal Forno earlier this week and asked him what made the 2013 so special. He believes the success of the vintage was largely down to the fact that it was the first vintage at Dal Forno in which the vines suffered no trauma throughout the growing season right up to harvest - no hail damage, no disease. Unlike the 2011 and 2012, which were exceedingly warm vintages with temperatures hitting 42-43 degrees right up to harvest, 2013 saw ore regular temperatures that better reflect Dal Forno's style of power and elegance.

The release is due out on Monday 10th February. 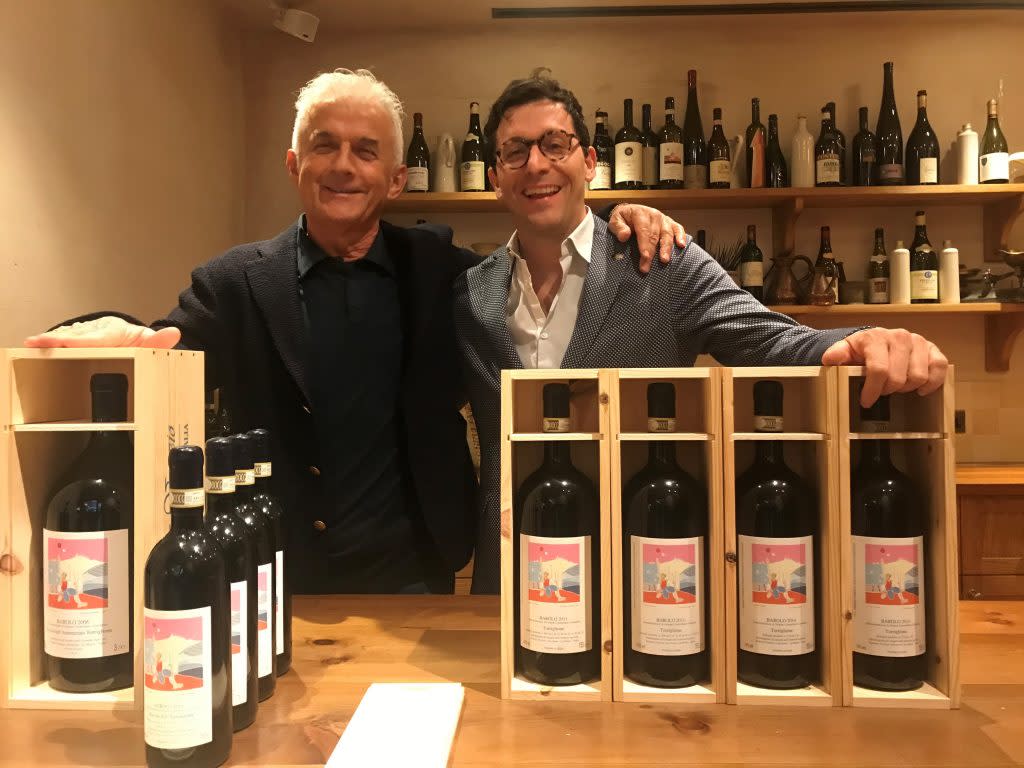 At the very heady heights of Barolo production you will find the wines of Roberto Voerzio. Minuscule yields mixed with truly unique viticultural techniques for the region, he is Barolo’s most radical winemaker. With the release of the 2016s (touted as the finest vintage in decades) and the vineyards now almost fully converted to high density plantings, these are likely to be the most desired of any vintage made at the property.

For Barolo at the value-end and no less impressive for it, we also look forward to the release of Giacomo Grimaldi’s Barolos. If his Nebbiolo d’Alba from 2016 is anything to go by, released a couple of years ago, his 2016 Barolos are going to be utterly seductive and drinkable from the outset. Look out for full tasting notes on release later this month.

The annual release from Leroy will be out in February. Exact dates on release are never disclosed but we are expecting the release any day now. The Maison wines will be released first, followed by the Domaine wines later in the month. To be considered for allocation please get in touch with your account manager.

Outside of Burgundy we will see the first opportunity to buy the 2018 vintage from Domaine Saint Prefert in Chateauneuf du Pape. As quoted by Jed Dunnuck in his latest Rhone report “Isabel Ferrando continues to fashion some of the most profound wines on the planet, and her 2017s and 2018s are not going to change that trend”. If you missed out on the 2017s last year or are building a collection (prudent given how difficult it is to get hold of any back vintages after the initial release) make sure you don’t miss the 2018s released later this month. These wines marry elegance and power producing fantastic precision and some of the finest Grenache dominant red wines produced anywhere in the world.

Screaming Eagle’s sister estate is set to release their latest set of wines also in February. Tasting some more mature vintages of these wines recently proved to us just how well made these wines are. They are producing some of the most exciting Bordeaux and Rhone blends coming out of the cooler Santa Barbara region. Top releases from the estate coming out this month include the 2017s of El Desafio, the La Sangre and El Alma which have all received an amazing write up from Antonio Galloni in his latest review of their wines on Vinous.com: “The 2017 El Desafio de Jonata is another positively stellar wine in this range... Rich and explosive, with tremendous vertical thrust, the 2017 oozes with class and intensity… Wow...!” – 97 Points

“The 2017 El Alma de Jonata, the estate's Cabernet Franc-based wine, is bright, aromatically explosive and just striking in its beauty... The 2017 is one of the very finest editions I can remember tasting. In a word: dazzling.” – 95 Points

“The 2017 La Sangre de Jonata has really come together over the last year. Today, it is aromatically explosive, rich and hedonistic.” – 94+ Points

A new release from Champagne to get excited about is Bollinger's 2012 La Grande Annee. The 2012 vintage has produced some stunning prestige cuvees that have been extremely well received by the market, and we expect Bollinger's signature rich, age-worthy style will suit it beautifully.

We will be throwing a spotlight on these regions over the next month. Often unfairly overlooked, these regions are on fire right now. German Pinot Noir is blossoming thanks to a pull back on oak and extraction. Friuli wines have some serious winemakers dedicated to a qualitative approach and the result is wines with amazing energy and intensity at a fantastic price point for the quality. Equally Priorat has been making a collective effort to bring more precision and restraint to the wines, none more so than Mas Doix. We will be seeing the latest set of releases from the estate due out this month. Watch this space.