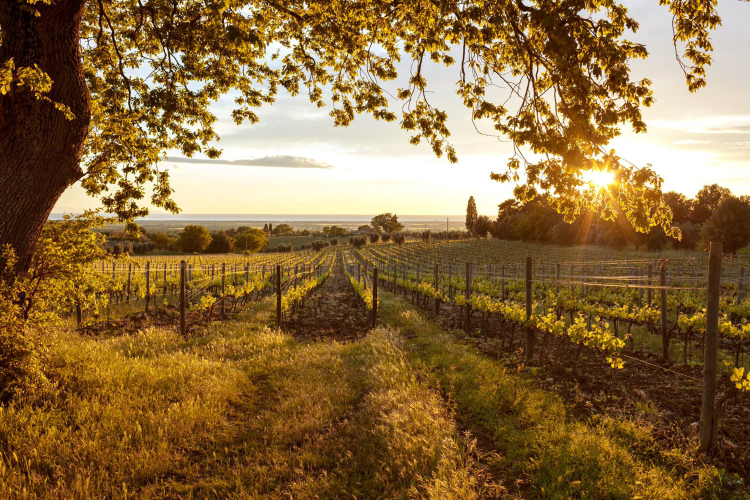 With the release of 2018 Ornellaia on the horizon, we tell you everything you need to know about the estate – and why it’s become such an icon of the Italian fine wine scene

Ornellaia is one of Italy’s most respected wineries, based in the Tuscan foothills of Bolgheri. Its top wine – simply titled Ornellaia – is a Bordeaux blend of Cabernet Sauvignon, Cabernet Franc, Merlot and Petit Verdot, first produced in 1985.

So, it’s a Super Tuscan?

Yes. Bordeaux varieties grown in Tuscany qualify it as a Super Tuscan. It is in fact situated next door to the pioneering Sassicaia property – the first “Super-Tuscan” estate to start producing a Bordeaux blend in Italy. Ornellaia was founded by Lodovico Antinori – who was actually the nephew of Sassicaia’s Mario Incisa della Rocchetta.

Ok, and the property is owned by Antinori family?

Not anymore. In 2002, Lodovico Antinori initially sold the property to US winemaker Robert Mondavi, who then sold a 50% share to Frescobaldi – another historic Italian wine-producing family. Following the sale of the Robert Mondavi corporation to Constellation Brands in 2005, Frescobaldi took full ownership of the property. They also own two other iconic Tuscan properties: Ornellaia’s neighbouring property Masseto (Italy’s top Merlot, which up until 2019 was also produced at Ornellaia) and the Brunello di Montalcino estate Tenuta Luce. 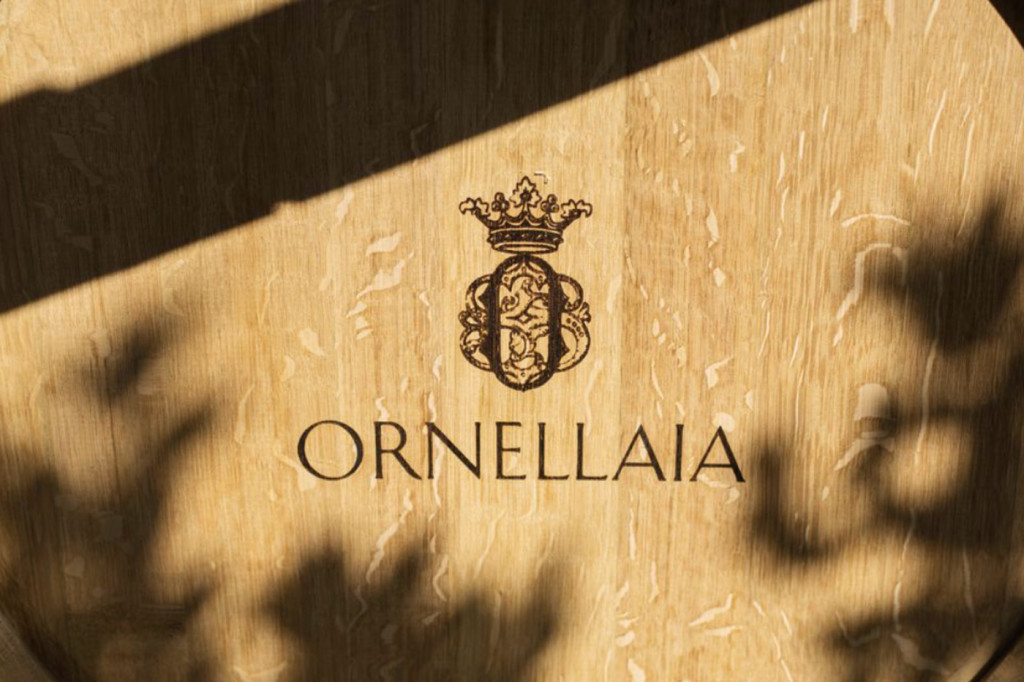 Does it have anything to do with Solaia?

In short, no. Solaia is another Super Tuscan owned by the Antinori family – Ornellaia’s founder Lodovico Antinori’s brother Piero – so you would be forgiven for getting them confused. Solaia is a Cabernet Sauvignon and Sangiovese blend grown on the Tuscan hills within the Chianti Classico region and is situated next to the Tignanello vineyard, another Super Tuscan also owned by Antinori.

Back to the one we are talking about. What’s so special about Bolgheri?

Bolgheri’s close proximity to the ocean means less cloud and a higher level of reflected light from the sea, magnifying the solar intensity. Secondly these coastal flatlands, in between the mountainous islands of Corsica and the Tuscan hills, are effectively a corridor of wind which creates a high diurnal shift in temperature. This fluctuation between hot days and cool nights locks in the grapes’ acidity, while giving the fruit great concentration and ripeness – enabling the later-ripening Bordeaux grapes Cabernet Sauvignon and Merlot to thrive.

And so why should I care about Ornellaia?

Neighbouring both Sassicaia and Masseto, Ornellaia is well situated in the foothills of Bolgheri. Being one of the early settlers in the region, they are one of the few producers who own vineyards in the foothills. The surrounding woodlands are protected and therefore more recent arrivals could only plant vines on the valley floor. Here there is a complex mosaic of soils ranging from marine, alluvial and volcanic soils. Intraplot management means every plot is individually assessed, picked and matured in oak for 12 months before the final blending takes place. Within one vineyard alone the four varieties, eight different rootstocks and multiple geological fault-lines provide a complex palette of expressions to choose from. 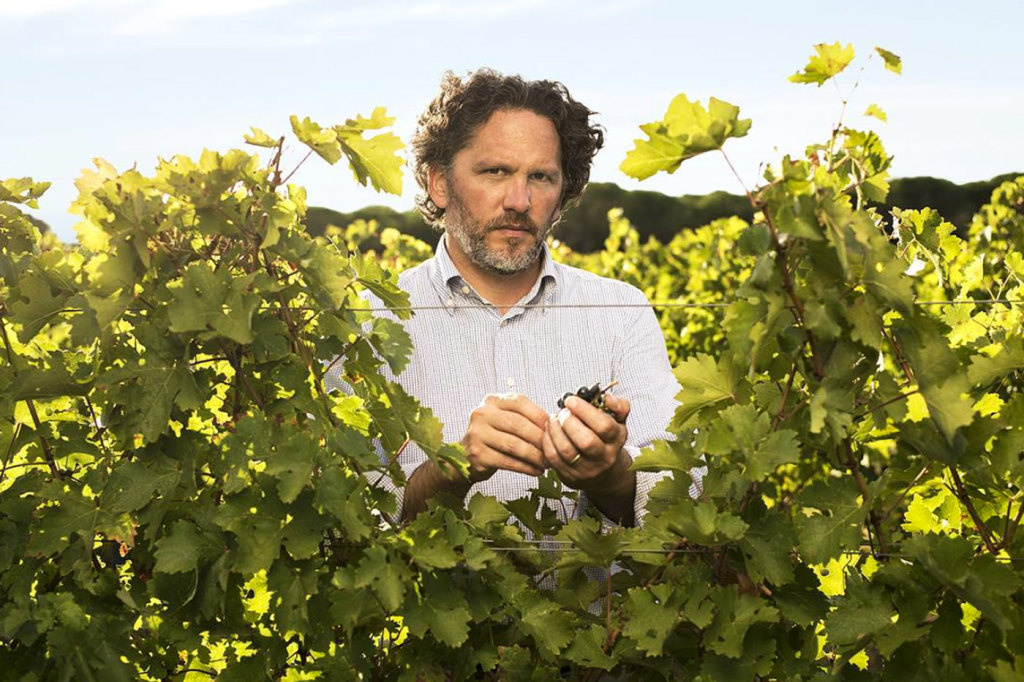 Axel Heinz has been the winemaker at both Ornellaia and Masseto since 2005, taking over from Thomas Duroux (now the winemaker at Château Palmer). Heinz – originally from Bordeaux and initially working in Pomerol – was well-placed to take on Ornellaia’s expanding portfolio. The estate now produces seven wines in total, one grappa and an olive oil. Le Serre Nuove is the baby brother of Ornellaia (another red Bordeaux blend, very much seen as the Second wine to Ornellaia) typically from younger vines.

What are the great vintages to try?

Speaking with Ornellaia’s Matteo Zanardello, his favourite vintages for drinking now are the 1998 – so elegant, fresh, bright and one of the best vintages in Ornellaia’s history, even if underplayed by the critics. The 2001 is, he feels, beautiful beautifully now, while the 2006 is starting to open up. A notably fresh vintage with great ageing potential, Galloni described the 2006 as “a breathtaking wine of the highest level” (98 points) – and Matteo compares it to the soon-to-be-released 2018. Monica Larner rated the 2010 97+, describing it as “a truly outstanding wine that leaves a lasting memory for those who are lucky enough to enjoy it”. The 2011 was slightly overlooked, initially considered to be a little austere, however today it shows all the great traits of Ornellaia and is another great vintage in Matteo’s view.

And why are you telling me all this?

Well, a new vintage of Ornellaia is about to be released next week. The 2018, according to winemaker Axel Heinz is characterised by a unique aromatic intensity. In general, the vintage produced much more balanced wines than the intensely hot and dry summer of 2017. The 2018 Ornellaia is therefore a much more elegant offering, following the intensely concentrated 2017. Wine critic Antonio Galloni has already scored it 97 points, comparing it to the 2004 in terms of its silky, aromatic character, saying the vintage is “more about finesse than raw power”.

Keep an eye out for the 2018’s release this week. In the meantime, browse all available Ornellaia listings and find out more about the property 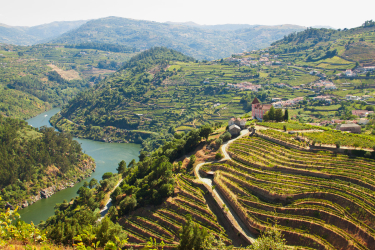 A spirited debate: the tale of Port’s 20%