EditorialwinesNoel Verset - A Legend of Cornas

Noel Verset - A Legend of Cornas

Noel Verset is one of the world’s great wine legends. His staggering 75-year winemaking career was instrumental in putting Cornas on the fine wine map. What is more staggering is that for much of his career his wines remained undiscovered, forced to work two jobs just to make ends meet. Today his wines are some of the most expensive, iconic and collected from the region!

This was a man who has faced a lifetime of adversity but whose passion for winemaking and his dedication to his craft is an inspiration to us all!

We also discover the last few bottles of wine he made under the Tardieu Laurent négociant label that remain exceptional value if you can find them. 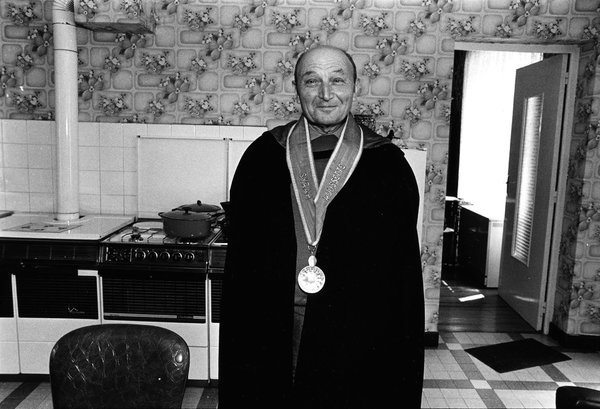 Noel Verset is a true wine legend of Cornas. A fine wine region that might not even exist today if it was not for the resilient work of him and his compatriots Auguste Clape and Rene Balthazar. Cornas is widely recognised these days as one of the world's greatest sites for Syrah production and although the history of winemaking in this village dates back over a thousand years, just 50 years ago it was largely a forgotten backwater of the Rhone valley. Even up until the 1990s Cornas' top producers did not share the gravitas of the more established nearby villages of Cote Rotie and Hermitage. But prices today for Noel Verset’s wines often out-price both top Cote Rotie and Hermitage due to rarity and historical importance.

Like much of Europe’s viticultural regions, Cornas was left devastated by the phylloxera outbreak in the late 1800s. The onset of World War I, The Great Depression and World War II only further damaged the region. Production levels were in continual decline as much of the population diminished, with many vineyards left abandoned. Despite its dwindling production, Cornas was awarded its appellation status in 1938.

Noel Verset and his vigneron father had witnessed much of this downfall with their own eyes. Born in Cornas in 1919, by the age of 12 Verset was working with his father in the vineyards. Despite the region being on its knees at this time, Noel and his father continued to manage vines on the steepest, most difficult and low yielding, granite sites, which they knew produced the finest wines in the region.

In 1943 after marrying his wife Aline Balthazar (sister of Rene Balthazar, another godfather of Cornas), he stopped working with his father and set up his own business. In 1948 Noel Verset purchased Domaine del Sabarotte  - 1.3 hectares of vineyard from Cornas négociant Delaygue. Verset continued to secure arguably the finest plots in the Cornas appellation including the lieu-dits of Chaillots, Champelrose and Reynard – all very steep granite sites in Cornas. 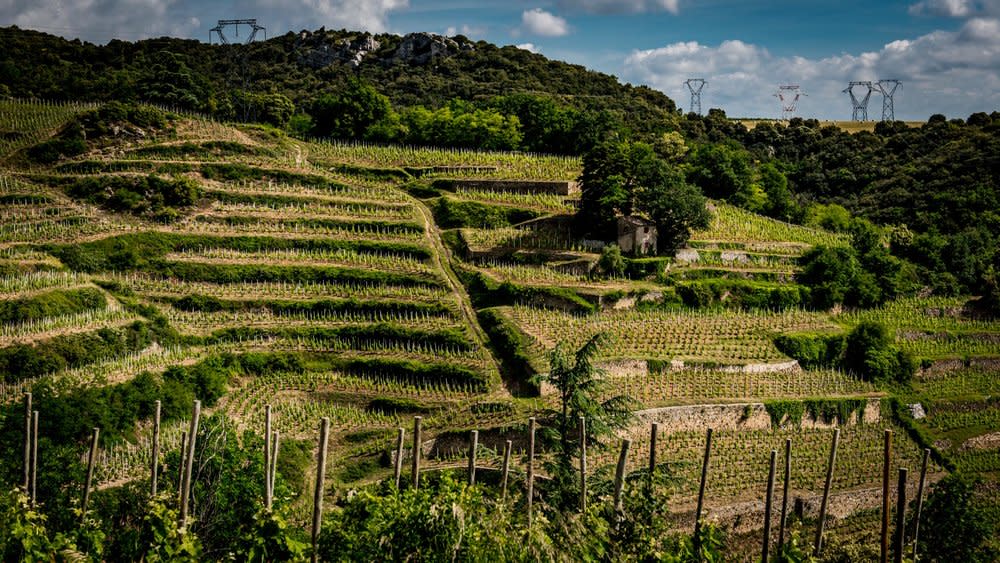 The industrialisation boom in the 1950s saw the region only further depopulate and become a largely forgotten site for wine production. According to John Livingstone Learmonth’s book on Northern Rhone, Cornas remained in a time warp right through the 1970s. From 1968 - 1976 Verset (now in his mid-fifties) was forced to take on a second job in the town of Valence unpacking parcels from railway wagons working evening shifts whilst managing his vineyards during the day.

However, the northern Rhône's star was starting to rise, as wine collectors from around the world started to look beyond Bordeaux and Burgundy. Neighbouring Hermitage and Côte Rôtie were starting to enjoy fame and although Cornas was playing catch up, quality improvements were taking place with growers starting to bottle their own wine. It was slow progress: Auguste Clape was the first to bottle his Cornas in 1955 and by the 1980s only 20 of the 60 growers, including Verset, had followed suit. However, the greatness of these low yielding, estate-bottled expressions needed time to show their potential: Verset and Clape's benchmark style for Cornas was fiercely traditional, rugged Syrah, built for bottle maturation.

Cornas was brought back from the brink by the tireless efforts of Noel Verset, Auguste Clape and Rene Balthazar. Between the 1970s and 2005, the appellation had doubled in size to more than 100 hectares and there was growing demand for its vertiginous sites. In 2001, and nearing retirement (aged 82) the sale of his original Sabarotte vineyard to Auguste Clape and Laurent Courbis yielded four times more than it had been valued at just six years earlier. Finally, the vineyards of Cornas and Verset's wines had gained the recognition they deserved. 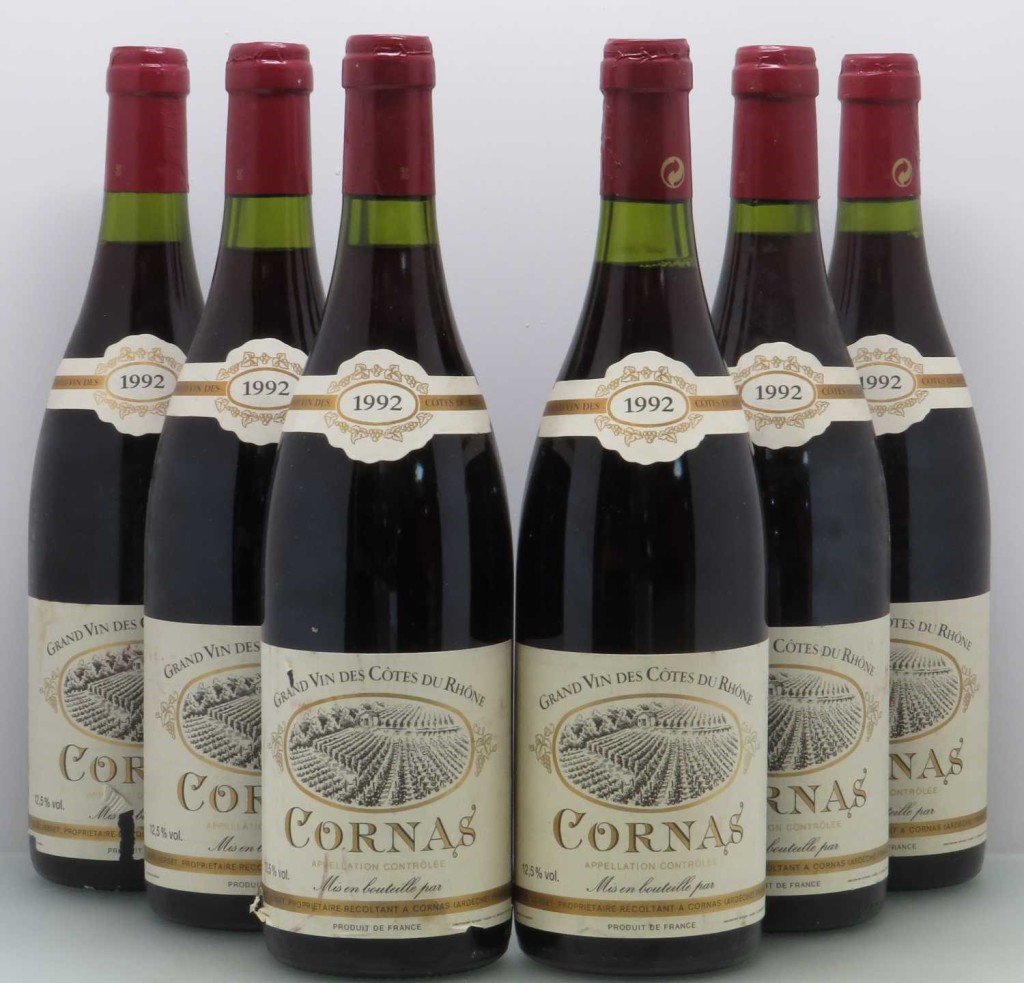 In 2015, Verset passed away, aged 95, but his legend lives on in his wines, which often fetch prices exceeding the very best Côte Rôtie and Hermitage bottlings. Meanwhile, a number of the most prized 21st century Cornas wines hail from the plots Verset nursed over eight decades: Thierry Allemand bought his Reynard vineyard and would go on to become the darling of the new generation of Cornas while his nephew Franck Balthazar took over the Chaillots vineyard in 2006 and has become a highly respected Cornas producer in his own right. The current custodians of these have inherited the Cornas earth and they have Verset to thank for it.

Noel Verset also used to sell two barrels of wine to respected négociant Tardieu Laurent who were producing their top Cornas Vieilles Vignes cuvee made from Verset’s wine blended with another Cornas legend Robert Michel’s wine. On discovering the connection we couldn’t believe our luck when we were able to source the cuvee from the widely respected 1999 vintage retailing at under £40 a bottle! If you can even find a Verset bottle from this period it is retailing at well over £400 a bottle. Of course, it is not the same thing, but the interwoven web of wine production can sometimes lead you to some pretty magical discoveries. Whilst the odd case of Noel Verset’s Cornas comes up on the market every now and then, you might have more luck sourcing the Tardieu Laurent Cornas Vieilles Vignes which he contributed to, up until the 2006 vintage.

*Thanks to "The Wines of Northern Rhone" by John Livingstone-Learmonth for reference. 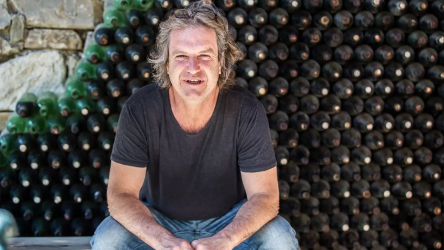