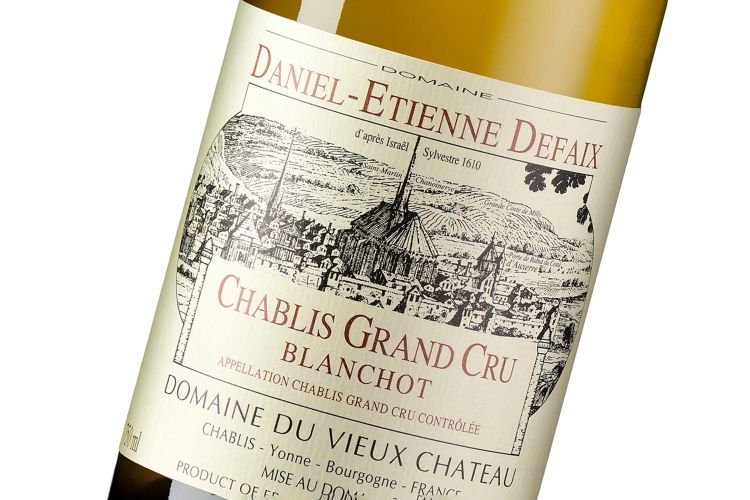 “Two generations ago everyone made Chablis like this. Now I am the only one left,” says Daniel-Etienne Defaix proudly. It is amazing to think that production methods could completely reverse in such a short time, no doubt fuelled by the “Chardonnay boom” of the mid-70s onwards. This insatiable global demand for crisp, clean, saline-tinged Chardonnay has shown no sign of abating ever since. The commercial success of Chablis (one of the few white wines found in practically every supermarket, off-licence and fine wine store around the world) is staggering, particularly as the region in itself is remarkably small. While both premium growers and commercial production have, in many ways, sat comfortably alongside each other (even among the top traditional premium growers such as Raveneau, Dauvissat, Billaud-Simon and Droin, the length of élevage has reduced considerably in this time.

Despite being the oldest domaine in Chablis, established in 1610, his father (like most other producers in Chablis when exports boomed) started to produce Chablis in the modern way. The time spent ageing the wine on its lees dropped down to six to nine months, in order to release the wines as soon as possible, and meet market demand. Unimpressed by his father’s results and the wines’ ageing capacity, it was Daniel-Etienne’s decision to change tact and to retrace his grandfather’s footsteps, performing a longer élevage – which for Defaix brings out the complexity and terroir characteristics Chablis is truly capable of.

So why has Etienne persisted? What is it that makes this technique so valuable to him? He admits he is fortunate to own the largest cellars in Chablis, claiming to have seven to 10 times more cellar space than anyone else in the village. ”This gives me a lot more freedom,” he explains – both in terms of ageing his wines (of which he has up to 15 vintages of each Premier and Grand Cru in the cellars at any one time), but also financial freedom. “My wines are my own bank: I don’t need to take out loans when there is a poor harvest,” he says. This no doubt puts Defaix in a minority in Chablis, where yields have been pretty catastrophic over the last decade, plagued by spring frosts. Financial autonomy has allowed him to continue making his Chablis in a traditional long-ageing method, while at the same time keeping pricing incredibly fair. 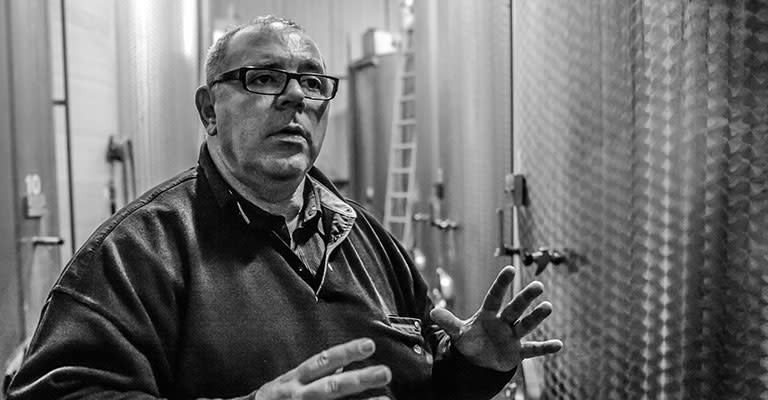 Daniel-Étienne Defaix in the cellar

According to Defaix the key to long-ageing Chablis is protecting the glycerol content in the grapes, since it is the glycerol that takes around two years on the lees to break down and starts to act as an anti-oxidant. He does this by carrying out slow, three-hour press cycles of the grapes and keeping only the first press for bottling. He ferments at a cool 18°C, again to preserve the glycerol in the must. “Glycerol provides the balance in aged Chablis between sugar and alcohol. Glycerol gives fat and seduction to the wine,” says Defaix. “It brings a brioche taste to the wine, without being sweet.” But this takes time to produce: Defaix typically ages his Premiers Crus a staggering seven to nine years on the fine lees in tank; for his Grands Crus it can be eight to 15 years!

Looking up at the rising Grand Cru vineyards of Chablis

It might come as a surprise that – despite making this almost forgotten, ultra-traditional style of Chablis – Defaix machine-picks all his grapes. But this decision was not made easily, nor without extensive testing. He explains that they were, in fact, one of the last domaines to buy a machine harvester. Back in the ’80s his father, sceptical of others’ results, started his own research – picking half the grapes by hand and half by machine. After 10 years in bottle each year, they invited wine professionals, chefs and sommeliers to blind taste both. Every single time, the wines by machine were unanimously thought to be better. Defaix came to the conclusion that the exact timing of the harvest is more important than the hand selection. He also states that the technology makes today’s picking machines extraordinarily accurate: ripe fruit falls in the basket, rotten fruit is too light and is easily filtered out, while any green grapes stay on the vine. Turbines attached to the machine suck in the leaves and insects and are removed prior to the grapes reaching the winery. During his experiments, his machine harvested-fruit was a full 1.5% higher in alcohol than the hand-selected fruit in poor vintages.

Daniel-Etienne is the 15th generation of his family to produce wine in Chablis over the last 400 years. Now in his 35th vintage, he has never been more convinced by his traditional style, its ageability and its ability to express the varied Chablis terroir.

Defaix’s 2006 Premiers Crus and 2008 Grands Crus will be released shortly; keep an eye out for our offer. 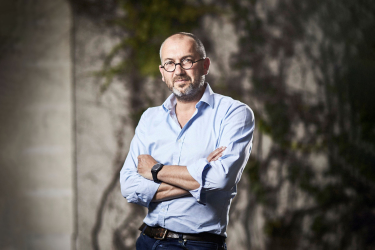