Behind the Bottle - Monfortino 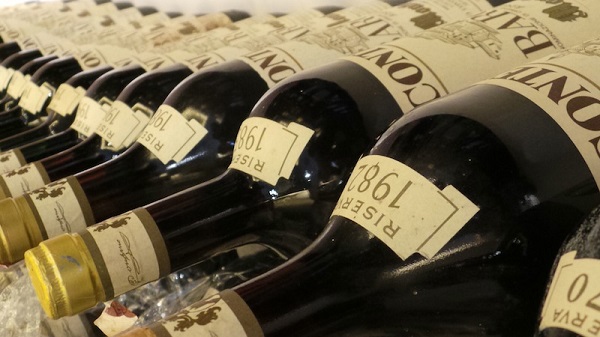 Giacomo Conterno’s Monfortino is the most celebrated and famous Barolo in the world. It is also said to be the first ever producer-named Barolo made in the Riserva style, the first vintage being made in the 1920s. At this time Barolo was typically sold either by cask and blended by Alba merchants or in demi-john glass containers.

On returning from the First World War, Giacomo Conterno had a clear vision that he wanted to produce a top cuvee that showed just how well Nebbiolo could perform if only the finest grapes were selected from top vintages and aged extensively in cask giving the wine more intensity, structure and ageing potential.

We look into how the wine has developed over its 100 year existence and explore some of the legendary vintages.

Barolo in fine wine terms is a relatively modern phenomenon. Whilst there are records of historic bottles of Barolo being produced as far back as the 1880s, for instance a bottle of Bourgogno Barolo 1886 was sold at an auction in 1972, there were very few producer-named Barolos being bottled at the time and no one making a Riserva style.

For the first 54 years of Monfortino, up to the now legendary 1978 vintage, the wine was made from entirely purchased grapes. Whilst the winemaking in the family dates back to the early 18th century they did not own any vineyards until 1974. As Barolo’s reputation gained in status, grape prices were increasing and the fruit became less easily available as more and more growers began to bottle their own wine. It was at this point Giovanni (Giacomo's son) knew if they were to stay in business they needed to buy land. He purchased the 14 hectare plot of Cascina Francia, a west to south west facing vineyard that ranges from 350 to 440 metres in altitude located on the southern limits of the Barolo region in the Serralunga range of hills. It has the Falletto vineyard (famous for Bruno Giacosa’s single vineyard site) nearby to the north on the Serralunga side.

Giacomo was then joined in the business by his two sons, Giovanni and Aldo, however, their differing ideas about how Barolo should be produced meant that Aldo split from his family to start his own winery, which represents a more modern style of winemaking. The estate is now run by Giacomo’s grandson Roberto, who continues to drive this estate from strength to strength.

In 2008 Roberto Conterno bought 3 hectares of the famed Cru vineyard of Ceretta, producing the first Barolo from the vineyard with the 2010 vintage. Another addition to the Conterno portfolio came in 2015 with the purchase of 6 hectare plot of which 3.5 hectares are dedicated to Barolo production in the Arione vineyard that neighbours Conterno’s Francia vineyard to the south. Roberto released just 3 barrels of Barolo Arione from the 2015 vintage. On tasting the two wines Monica Larner states, if the Francia vineyard produce wines of “elegance” then the Arione vineyard produces “power”. The estate also produces a highly rated Barbera D’Alba.

Since the 1978 vintage just 18 vintages have been made. The wine continues to be made in the same traditional method throughout, ageing the wine in large 200 – 7500 litre oak barrels. The minimum cask ageing for the Monfortino is seven years.

Of the 100 point rated 2010 Barolo Monfortino Riserva, Antonio Galloni writes that this wine is “utterly compelling…nuanced and vivid on the palate, the 2010 Monfortino possesses remarkable finesse and power. Classic Monfortino notes of dried rose petal, leather, licorice and incense develop beautifully in the glass as the wine literally takes hold of all the senses…. A vivid, thrilling wine, the 2010 will soon take its place among the greatest Monfortinos ever made.” The quality of the wine produced at this estate is so consistently high, especially of the Monfortinos, that Galloni writes that “Readers will have much fun debating which is the greatest Monfortino of recent years. Could it be the 1996, 1999 or 2002 for their huge structure and classicism? Or, is it the 1997 for its opulence? What if the dark horse 1998 and 2000 steal the show? Personally, I adore the 2001 and 2004 for their completeness, but the 2004 is the sexiest of them all.” 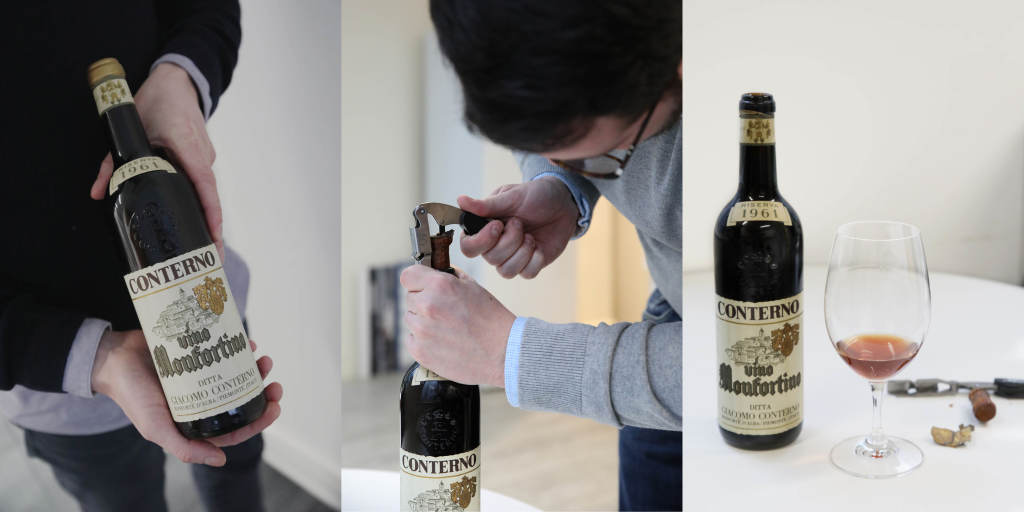 To celebrate 100 years of Cantina Conterno since the first harvest we cracked open a 1961 Monfortino. Whilst this wine is now seriously developed, its retention in acidity and viscous richness was quite extraordinary at 60 years old. Tasting through the bottle as it developed in the glass, the wine’s aromatics ebbed and flowed from earthy, savoury ferrous notes to wafts of beautiful floral perfume, sweet tobacco, dry spice and fresh leather. There was plenty going on in the palate too - candied and dried orange rind, bitters, dried cherry, fig, licorice and tamarind notes. This is perhaps more of a museum piece today but the retention in structure at 60 years old is impressive. 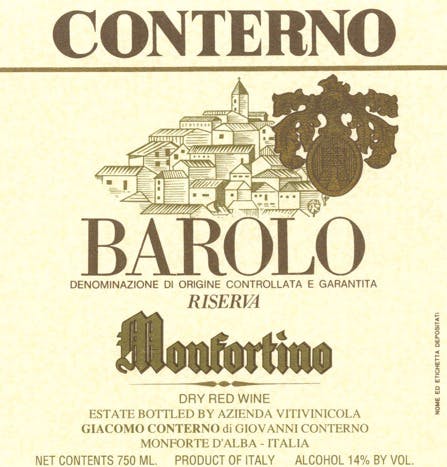