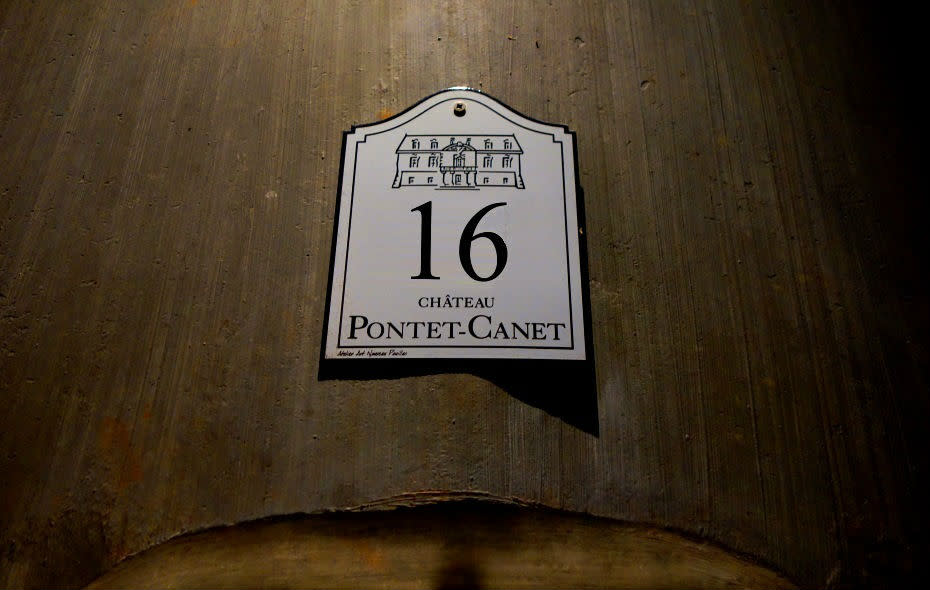 With 2015 still selling strongly and 2014 enjoying resurgence after big rescores from Antonio Galloni and James Suckling, we now turn our attention to the much-anticipated 2016 Bordeaux En Primeur…

All early signs are pointing towards 2016 Bordeaux being an excellent vintage, potentially the third in a row. A turbulent, but in the end favourable growing season led to wines that the Bordelais are already calling "killer". This is no mean feat, given how good Bordeaux vintages have been in recent years. Antonio Galloni wrote: “Simply put, the finest 2014s are utterly magnificent and well worth seeking out”, while James Suckling called the vintage “one of the biggest surprises of my 34-year career” and the “best value” Bordeaux in years. 2015 was even more positively received, with Suckling calling it “an outstanding year” and Jeannie Cho Lee MW deeming it “a go-to vintage for wine collectors". The 2015 wines were met with frenzied activity in the marketplace that is still continuing today. And given how impressed the critics have been with 2014s in bottle, the 2015s (described as "superior to the 2014" by Matthew Jukes) could well go on to be legendary.

If one thing is certain, it is that 2016 has a couple of very hard acts to follow. However, if early opinions are to be believed, it appears that 2016 may be a worthy successor to 2015, reminding some of 2009/2010. Read on for the key insights, or visit our 2016 Bordeaux En Primeur page to start setting alerts for the wines you want.

Bordeaux is one of the only regions in France likely to increase its yield versus 2015. Early opinions from experts and critics are optimistic, suggesting that the 2016 vintage should be firmly on everybody’s radar…

“Following 2015, the 2016 growing season has provided Bordeaux with its first excellent back-to-back crops since 2009 and 2010.” – James Molesworth, Wine Spectator

“Bordeaux 2016 is being described in the most glowing terms.” – Adam Lechmere, Wine-Searcher

“While there may not be some of the peaks of 2015, there will probably be more consistency. It has turned out much better than most winegrowers had expected or hoped for, which is good news.” – Jamie Goode, Wine Anorak

“Bordeaux, like much of the south of France, has experience an incredibly long, warm, dry summer.” – Jancis Robinson

"We have had dry vintages and warm vintages before. But we have never had this combination of heat and drought at this level in the same year… Comparing to other vintages, I can say 2016 is only like 2016." – Pascal Chatonnet

Industry insider Bill Blatch has released his in-depth vintage report, which can be read in full on Jancis Robinson’s Purple Pages. He said that in wine terms “everything is softer and silkier and the fruit consequently appears riper”. The reds are highly aromatic, potentially more so than the whites. Acidities were “quite high for the whites and very satisfactory for the reds.”

Blatch advised keeping an eye out for the Merlots: “The Merlots just loved the long, dry summer and autumn and turned out very black, quite dense, occasionally even sumptuous, and equal if not superior to 2010.”

In terms of the Cabernet, he prompted to seek out Médoc and Graves: “Cabernets coped with the situation very steadily and some will be truly great wines, especially on the top self-regulating terroirs of the Médoc and Graves.”

At the sweeter end, Sauternes will be: “a bit lighter than the 2015s, less massive than the 2009s and, by their relatively low pH, less vivacious than the 2014s but, by the finesse and purity of their concentration, they will certainly qualify for a position among such vintages.” James Molesworth in Wine Spectator agreed with this view: “In the sweet wine regions of Barsac and Sauternes in the south, the same weather pattern prevailed, resulting in ripe grapes. Botrytis growth was good.”

2016 will offer the first completely organic Château Latour, and if the positive – almost bullish - rumblings from the Bordelais are anything to go on, there will be a lot more excitement to follow:

“The grapes are already very ‘tasty’ and the analytical readings are of a good level, progressing day by day. We are very confident!” – Guinaudeau Family, Lafleur

“We had perfect weather conditions during all the harvest. No rain, sunny days, cool nights. So we were able to wait for the perfect phenolic maturity.” – Pierre Graffeuille, Léoville Las Cases

“The wines are more restrained in character than in 2009. For me it’s closer to 2010 although a little lower in acidity. In some cases it is better than 2015, certainly more even across the region.” – Hubert de Boüard, Angélus

“It is a vintage with good ripeness at harvest, giving us very beautiful raw material, but with a racy structure.” – Bruno Rolland, Léoville Las Cases

“The concentration in the grapes in this vintage was amazing.” – Jean-Michel Comme, Pontet-Canet

“We never could have imagined back in June that we would be harvesting such a promising vintage under these perfect harvest conditions.” – Pierre Lurton, Cheval Blanc

Below we’ve summarised some of the most pertinent points from Bill Blatch's vintage report:

2016 was very much a year of two halves. According to Bill Blatch, from December: “we would pass rapidly into six months of incessant rains and storms”, after that “we would suddenly switch into an equally long period of record drought.” An early budburst was rescued from the frost experienced elsewhere in France by the damp ground. A warm weekend in March got things back on track before a tumultuous April and May reigned in the growth. Luckily shoot growth remained even. Flowers appeared between the end of May and mid-June. According to Bill Blatch a “magic window” in early June allowed “rapid and regular flowering”. Then the four month drought came from late June, which “would continue virtually unabated right through the harvest”. High reserves of water helped and the harvest “was starting to look sizeable”. A couple of showers saved the véraison and big diurnal/nocturnal temperature differences contributed to “the great aromatic potential and freshness we would notice later” according to Blatch. “The year that had started so early thus ended late. The bunches came down the sorting tables in perfect condition.”

For Bordeaux buyers in the UK there may be drivers other than just the quality of the vintage. If Article 50 is brought into effect by Theresa May in March, the UK will leave the EU in 2019. As Jane Anson writes in Decanter: “The really pertinent question this year is whether 2016 will be the last En Primeur season when UK merchants can guarantee that the price consumers pay when ordering their wines is the one that they will pay on delivery?... So maybe, for the first time in forever, there really is a pressing reason for British wine drinkers to buy 2016 Bordeaux.”

After a tense growing season, the positivity from critics, experts and winemakers suggests that we are all in for a treat with 2016 Bordeaux. The FINE+RARE team will be travelling to Bordeaux in April to taste the wines and gather further market insight. 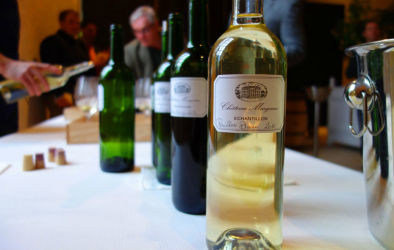