EditorialwinesBrunello 2016: what the critics are saying 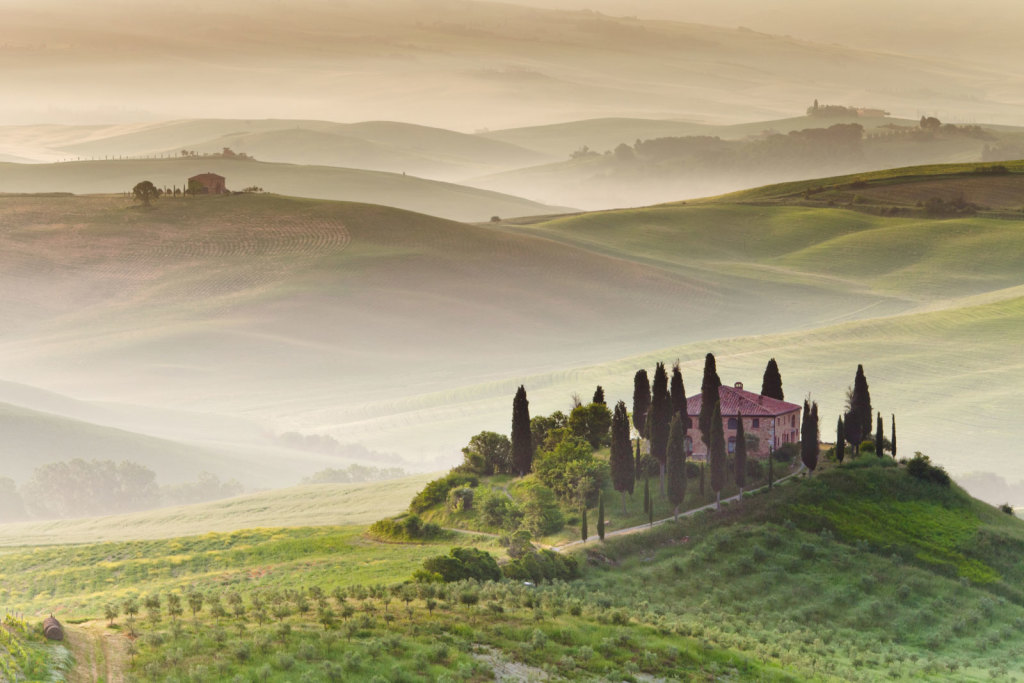 The 2016 vintage in Montalcino is one of the best we’ve tasted – and the critics have now had their say. Here’s an overview of what the Wine Advocate, Vinous and James Suckling are saying, as well as the wines they rate most highly

This week saw the release of the Wine Advocate’s first report on 2016 Brunello di Montalcino, written by Monica Larner. It’s only a first look rather than full review, as – with the current restrictions on travel, some producers have preferred to hold back their samples until early next year – so the report doesn’t include the full line-up of releases. This is the third major report to be released on the vintage in the last few weeks, following on from the Vinous (courtesy of Eric Guido) and James Suckling reports earlier in the month. All are in agreement, 2016 is an exceptional vintage.

Perhaps the most exciting thing about 2016 is the huge range of excellent wines. The sheer scope and variety between them could keep a collector very happy for a very long time. There is universal agreement that the younger generation of more open-minded Montalcinesi are bringing real excitement to the region. Their impact has only become more evident in the region’s most recent yet completely contrasting vintages. 2015 showing off the fantastic concentration and fruit purity. 2016 its precision, structure and elegance. With 2017 looking like a much more difficult vintage – it’s worth making hay while the sun shines, and it has never shined brighter in Montalcino than today.

For Monica Larner and Eric Guido, 2016 eclipses the hugely successful 2015 vintage. For Guido, who was a lot less taken by the 2015 vintage, there is little comparison to be made – 2016 is by far the better vintage in terms of typicity, precision and aging potential. For James Suckling, 2015 and 2016 are the best vintages ever made in the region and he is well-equipped to make such a statement, having tasted Brunello extensively back to the early 1980s. For Suckling, the 2015 just pips the 2016s to the post, but largely due to their approachability, stating that the 2016’s “intense tannins” make then a lot less accessible at this early stage.

Eric Guido’s views of the two vintages are more polarised. In his 2015 report, he felt the exuberance and warmth of the 2015 vintage in the wrong hands could produce wines that were made “simple” by their ripeness, questioning their potential for “serious evolution”. He states that the 2015s do not compare with the other great modern vintages of 2004, 2006, 2007 or 2010 – yet 2016 certainly does, stating, “They are like a well-muscled black stallion in its prime. They are dark yet radiant, expressive, nearly explosive at times, yet pure, poised and structured… I frankly cannot remember the last time I tasted young wines from Montalcino that possessed such symmetry from start to finish.” 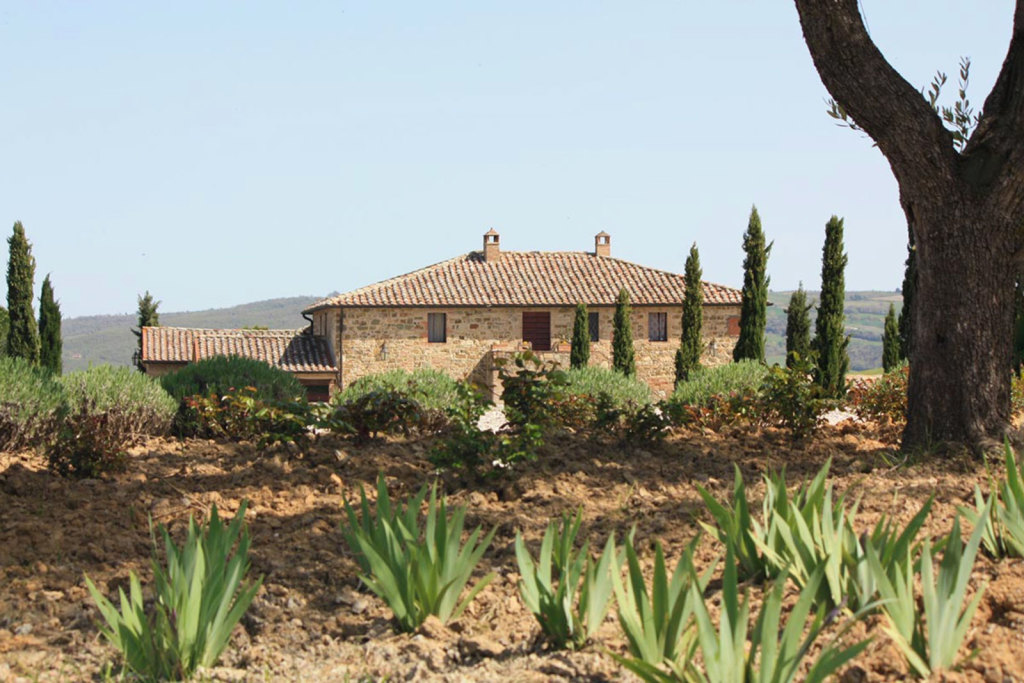 Monica Larner feels there is less between the two vintages when it comes to quality, although she admits a personal preference to the style of the 2016s, stating. “I prefer the classic purity and linearity of the slightly cooler 2016 vintage to the more exuberant and texturally generous wines from the warmer 2015.” She actually believes the 2015s generally are “more even keeled” than the 2016s, where the “transparency” of the vintage has exposed both the highs and lows of the vintage. Despite this, she believes the power and elegance is greater in 2016 overall. Although too early in the wines’ evolution to directly compare with the 2010s, she believes it certainly is up there in terms of quality in the best examples.

For James Suckling, it is the consistency of quality that marks out a great vintage – and both 2016 and 2015 tick that box: “I learned a long time ago as a wine critic that great years are years when everything is outstanding from the lesser-known properties to the most prestigious ones. The 2016 and 2015 vintages certainly achieved this, making this pair of years the greatest ever for Brunello di Montalcino.” He concludes that 2016 Brunello is the ideal vintage for laying down and enjoying over the long term, whereas 2015’s open-knit style makes them already approachable and enjoyable now.

THE RISE OF THE CRUS

Larner makes the points that 2016 has certainly been a vintage that has showcased the rise of the Crus in the region, with many of her favourite wines coming from single vineyards. Most notably, she awarded Il Maronetto’s Madonna delle Grazie 100 points, but also Casanova di Neri’s Cerretalto and Tenuta Nuova both featuring in her top 10. A winery that has championed the concept of single vineyards in Brunello since the early days, first releasing the Cerretalto with the 1981 vintage.

Eric Guido believes that this is still early days for the region’s Crus and we should expect many more over the coming vintages, with many producers registering names for future releases. The fact that all the top Crus in 2016 – Ciacci Piccolomini d’Aragona’s Pianrosso from Castelnuevo dell’Abate, Casanova di Neri’s Crus from Canalicchio and Il Maronetto’s Madonna delle Grazie from central Montalcino – are situated in very different parts of Montalcino bodes well for the potential and variety set to develop as more producers start producing single-vineyard wines. 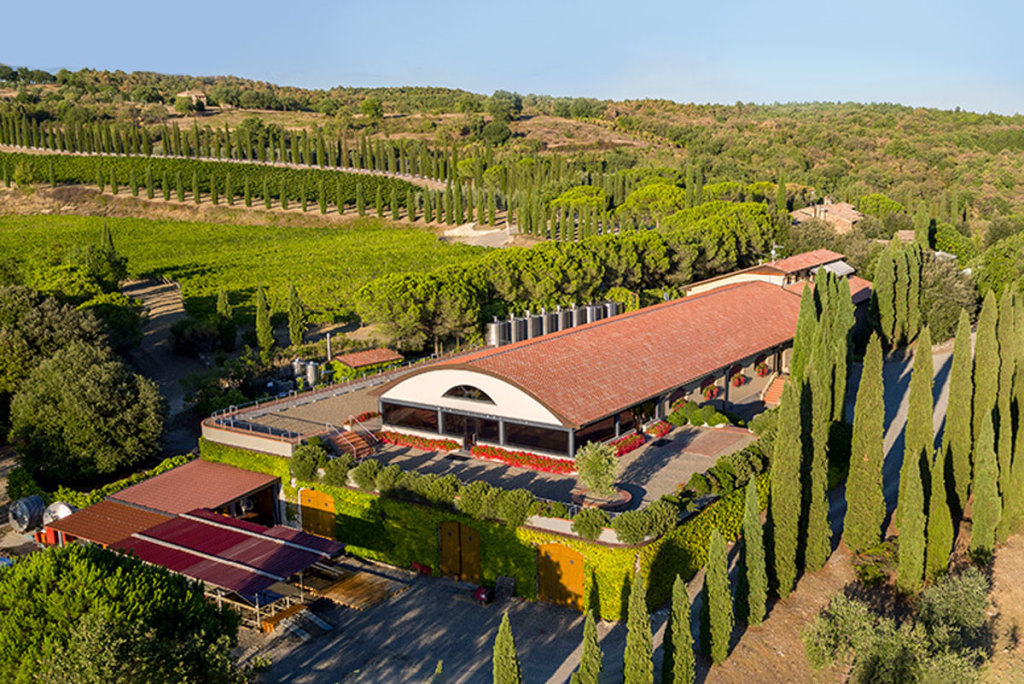 Eric Guido points out that to produce a Cru wine, by law producers must reduce their yields from Brunello’s nine tonnes per hectare to seven. This means that these single-vineyard wines are about more than just terroir, the lower yields adding more intensity and concentration to the wines. Larner says, “Over these past six years, there has been a significant shift to single-vineyard and so-called “Selezione” wines. This signals an important change in perspective and illuminates the very way the ilcinesi see themselves: not as a monolithic wine region but as a complex and fluid assembly of various moving pieces and parts. This self-awareness is key to Montalcino’s future success in an increasingly competitive marketplace.”

There’s no shortage of high scores this year – and many are already on the market. Here’s a short-list those that are well worth looking out for.

Poggio Antico in terms of price-to-quality ratio also seemed to fare very well across the critics. Although the Altero might not be for the traditionalists, it is an outstanding wine and both their 2015 Riserva and straight 2016 Brunello are exceptional.

Altesino’s straight Brunello, priced at just £185 per case of six in bond and awarded 95+ points from Larner, seems an absolute steal.

Carlo Ferrini’s Giodo was also a fantastic hit for both Suckling (100 points) and Larner (98 points). Larner described it as a “career-defining wine from this proud Sangiovista”. With just over 800 cases produced, it will be a rare find in years to come.

Gianni Brunelli’s wines have been remarkably successful in 2016 and remain well-priced for the quality, although availability will likely become difficult, particularly for their Le Chiuse di Sotto, which Larner awarded 100 points – the only 2016 wine other than Il Maronetto’s Madonna delle Grazie to receive a perfect score. Any wine from Brunelli including their 2015 Riserva is well worth seeking out.

Other great-value buys include Baricci, Livio Sassetti, Il Poggione and Castiglion del Bosco – all of which received glowing reviews and are well below £35 a bottle in bond on release.

Browse all the latest Brunello releases 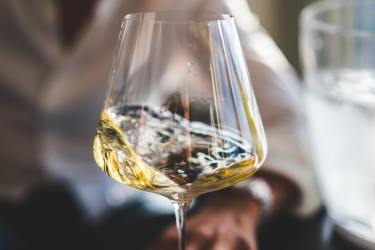