2012 Vintage in Champagne: A Versatile Classic

There is a great deal of buzz surrounding the 2012 Champagne vintage. What started earlier this year as a few quiet releases of impressive prestige cuvees from interesting producers of all shapes and sizes is quickly growing into the undeniable ‘next big thing’.  After a flurry of hotly anticipated 2008s, it is clear that 2012 is the new Champagne vintage to pay attention to. For Thomas Jorez at Philipponnat, the 2012 vintage is comparable to, and potentially surpasses the excellent 2002 vintage – in the same way the 2008 vintage improved even on the legendary 1996 vintage. High praise indeed.

Cristal from the 2012 vintage will be released sometime next year, surely a good indicator of something truly special. F+R has already sold out of the fabulous Pierre Peters 2012 Les Chetillons, Veuve Clicquot will release a 2012 La Grande Dame, and in the near future we will see releases of a 2012 Pol Roger Brut Vintage, Gosset 2012 Millesime, two new single vineyard Hommage a William Deutz cuvees from the 2012 vintage, as well as a fantastic Blanc de Noirs from Philipponnat.

Most reports on the vintage thus far have focused on Pinot Noir having suffered reduced yields but subsequently enjoying massively heightened concentration. This played beautifully into the hands of Philipponnat, based in Mareuil-sur-Aÿ and very much a Pinot Noir led house. In fact, Jorez almost plays down how special the conditions were, given their house style, which favours strong, rich, vinous and ripe, yet always perfectly balanced and fresh wines. Jorez says, “2012 was very good for us, but not miles away from what we usually make”. For others, the extra concentration and deep, intense Pinot Noir wines would have made a huge difference to their cuvees.

Tasting at Philipponnat’s cellars in Mareuil, the 2012 Blanc de Noirs stood out in a fantastic line-up as a wine of brilliant opulence and exuberance, a rich hazelnut and praline nose that became more floral with time in glass, and with amazing energy, drive and electric freshness. The House are also releasing their famed single vineyard Clos des Goisses from 2012 – but as this is a few years off still and only produced in minuscule quantities, the Blanc de Noirs is well worth trying for an indication of the quality of the vintage.

Early frosts were partly what led to an extremely small yield of Pinot Noir, but with wonderful quality and concentration. Deutz’s two new single vineyard 2012 Blanc de Noirs are another example of a fantastic wine made from Pinot Noir grapes from Aÿ; in this case from Deutz’s proprietary single plots La Côte Glacière and Meurtet. This is the first single vineyard Champagne produced by Deutz, and testament to the quality of the fruit in the vintage.

But this is not to say that 2012 was purely a Pinot Noir year. Pol Roger has released a Blanc de Blancs and Gosset have made a beautiful 2012 Millesime, the first vintage to be released since the 2006 (also known as a Pinot Noir vintage), but this time very much driven by Chardonnay from the Cotes des Blancs Grand Crus of Aviz, Cramant, Le Mesnil-sur-Oger, and the South-facing plots of Trépail as well as from Pinot Noir famed Ambonnay in the South of the Montagne de Reims.

For Gosset Cellar Master Odilon de Varine-Bohan, the Chardonnay fruit from this vintage provided the perfect balance of ripeness and freshness, elegance and dynamism to make a complex, layered and energetic Champagne that is gorgeous already in its relative youth (seven years after the vintage) and will age fantastically well. Unlike the Pinot Noirs, which were severely reduced in yield, Chardonnay enjoyed a very balanced, uneventful vintage, and so Chardonnay based 2012s offer both fantastic quality as well as decent quantity to be able to stock up for drinking now, in the medium and the longer term.

Tasting at Gosset’s Maison in Epernay this week confirmed this testimony. The 2012 Millesime was a linear, focused, balanced and luminous Champagne, with fantastic blanched almond, apricot stone and liquorice nose, with fleshier stone fruit underneath and hints of pineapple and zesty grapefruit, and some peppery ginger spice. Super fresh, super linear, but complex and sophisticated - this is a delicious example of the vibrancy and intensity of the vintage.

Roederer’s 2012 Vintage has already received fantastic critical praise, a relief for Cellar Master Jean-Baptiste Lécaillon, who has explained that "2012 was one of the most challenging and complicated years ever experienced in Champagne… however, difficult conditions often lead to great things... The yields were low, and the continental climatic conditions toward the end of the season, gave unusual levels of maturity, resulting in rich, full-bodied and structured wines." Blending the best of both sides of what the vintage had to offer – cool, concentrated Pinot Noir from Verzy and Verzenay and warm South-facing Chardonnay from the Cotes des Blancs produced what Wine Advocate describes as “a classic Millésime” for Roederer.

Certainly a lot to look forward to here, and we are excited to try and share more of these brilliant releases with you at the earliest opportunity. 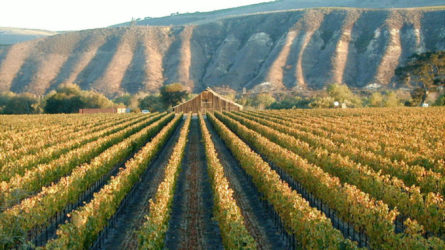 How to Spend 24 Hours in Santa Barbara