January is the month in which our Burgundy 2018 En Primeur campaign really hits top gear with the majority of domaines releasing their wines to market for the first time. Stay tuned for releases from Groffier, Lamarche, Gros Frère et Sœur and many more, including our top picks from Domaine Hudelot Noellat and Domaine Tortochot.

Outside of the En Primeur this month we will also see the latest releases from Domaine Potinet-Ampeau, who in contrast, release their wines only with some serious age. Tasting the latest set of releases in Burgundy this autumn was a real highlight. Their wines show a very different side of Burgundy and the textural quality of their wines and relative value, not to mention their structural soundness despite significant bottle age, shows the quality of the wines coming from this domaine. If you missed our latest Producer Portrait, check it out here.

But January is about much more than just Burgundy. It is full of exciting releases from all over the world including some top releases from the likes of Bruno Giacosa in Barolo, Agrapart and Taittinger in Champagne (including the latest Comtes Rose 2007 from Magnum). We are set to see more releases from Brunello di Montalcino from the stunning 2015 vintage, as well as the latest vintage from Rioja’s legendary estate - Artadi.

Discover our pick of the Wines to Watch in January 2019...

There was not a bad wine in the entire 2018 line up and all come highly recommended. For those seeking out the top value buys, the 1er Cru Les Petits Vougeot, bordering both 1er Cru Amoureuses and Grand Cru Musigny is a top pick. For the ultimate expression of top Grand Cru in 2018 don’t miss their Richebourg. Be sure to check with your account manager on availability.

Whilst Domaine Tortochot doesn’t carry the cachet of the very top domains in Gevrey Chambertin, it does offer some of the best value. Producing wines with great terroir transparency in their top Premier Crus and Grand Crus and fabulous drinkability with their village wines. They are a domaine that truly excelled in 2018. Their Grand Cru Chambertin coming from the very top of the vineyard offers great Chambertin personality and remains fantastic value for the quality on offer. 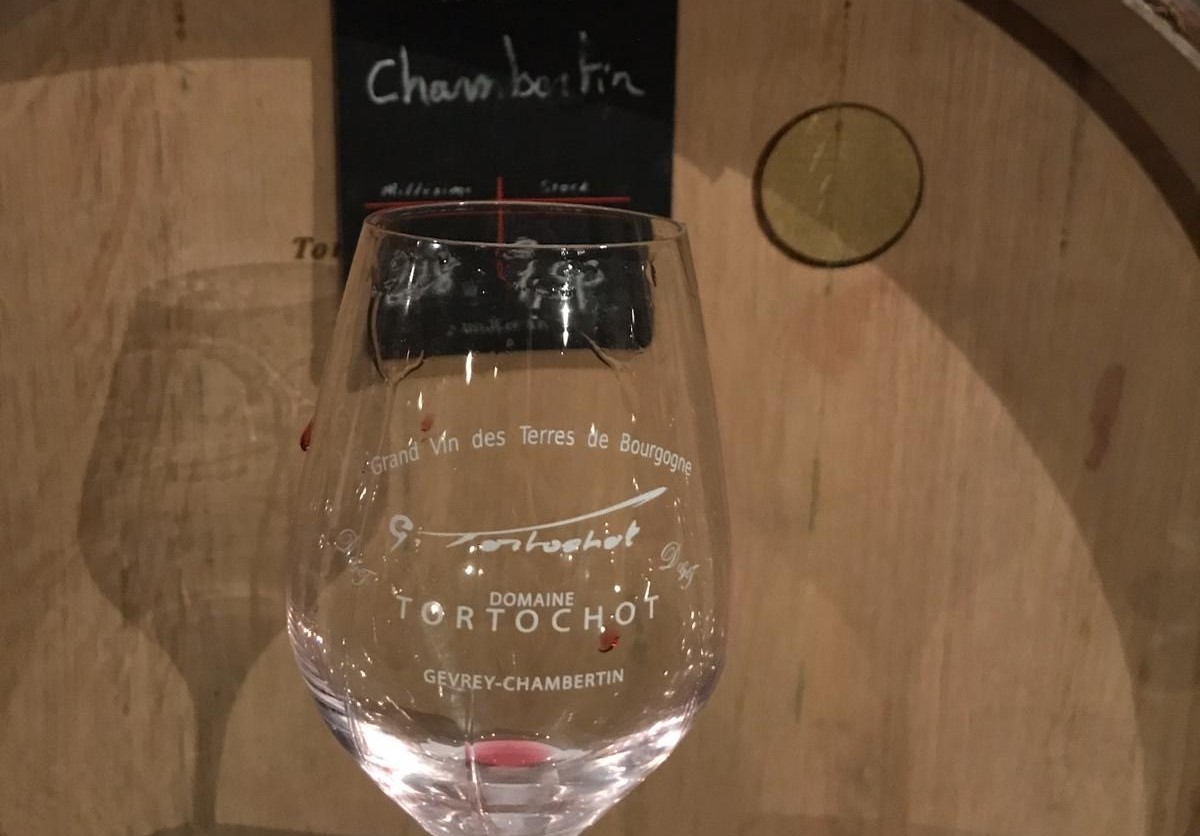 The wines from Casanova di Neri are opulent, rich and have a beautiful seductive texture. These are not to be missed in 2015 and you can be less patient with their drinking window too, since they deliberately want to produce Brunello that can be enjoyed in its youth. The Tenuta Nuova 2015 scored 99 points in James Suckling's latest report and is described as a wine “with an endless mouthfeel of caressing tannins”.

“The purity of fruit in this wine really strikes you with black cherries, combined with sage, lavender and rosemary. Extremely aromatic. Full-bodied, yet so tight and polished with incredible tannin structure that gives the wine an endless mouth feel of caressing tannins, acidity and fruit. There’s a fabulous saltiness and oyster-shell undertone to the fruit. Unique. Drinkable already, but this year there’s the structure to last decades.” 99 Points, James Suckling (jamessuckling.com)

This wine has already been released and is available here.

Only in top vintages does this iconic cooperative release wines from all nine of their top single vineyards and this is the case with their 2015 releases due out in the later part of January and sold as a mixed case of one bottle of each of the separate vineyards. We will report back with a full tasting report from winemaker Aldo Vacca himself in the next few weeks. 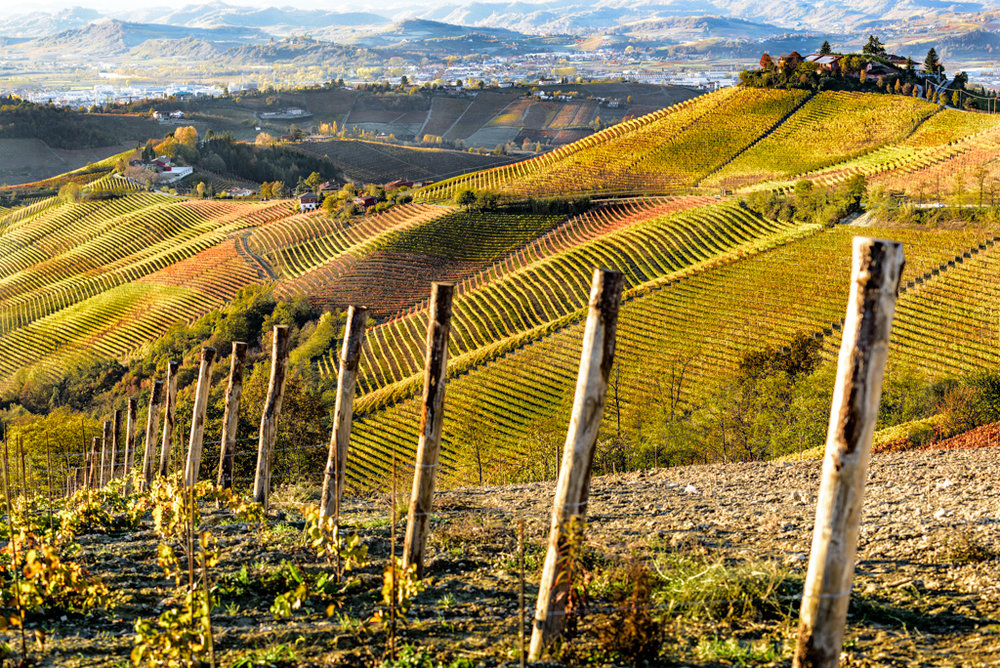 “This is about as good as it gets. Wow!” – Antonio Galloni

The latest release from Taittinger, out this January for the first time in magnums is the 2007 Comtes de Champagne Rosé and according to Antonio Galloni “is a total knock-out. Racy and exuberant in the glass, the 2007 wraps around the palate with stunning textural depth and resonance”. (97 Points - Vinous.com)

The other top release from Champagne in January comes from the single vineyard sites of Agrapart. Agrapart is undoubtedly one of the top growers in the Cotes des Blancs and a leading light in low-yield, minimal intervention, terroir-driven Champagnes. The quality of the wines has resulted in a loyal following and the 2013 Grand Cru cuvees released this month are sure to prove popular amongst true Champagne aficionados.

The highlight being the Blanc de Blancs Grand Cru Venus receiving 96 points from Vinous.com described as “one of the most distinctive wines in all of Champagne” Antonio Galloni (Vinous.com)

Finally we see the latest releases from the legendary Rioja Estate of Artadi. The 2018s will be offered en primeur, available for delivery in the summer of 2020. The 2018s according to Luis Gutierrez from the Wine Advocate are arguably the best set of wines produced at the estate offering "great purity and definition" both "precise and energetic".

Artadi is among a handful of terroir-focussed producers from Rioja who are setting out a fine wine movement in the region, working under their own qualitative principles. Producers such as Remelluri, Finca Allende, Sierra Cantabria are producers that seem more in tune with the terroir concept of fine wine than associating themselves to the bigger Rioja appellation.

The wine showed beautifully when we tried them in the Autumn of last year and come highly recommended. This vineyard is on a limestone bedrock which (when you know)!) seems abundantly clear as the wine carries that calcareous, tense energy on the palate, providing lovely power and attributed with very fine delicate tannins and a vibrant mouthwatering freshness. This is sublime “Rioja”! The 2018 is outstanding being both mouth filling and mouthwatering, layered with dark black fruits, fresh aniseed, violets and dark chocolate. The wine has fantastic persistence on the finish.

Get in touch with your account manager to register your interest in these upcoming releases.