EditorialvinesMarco Simonit: the saviour of terroir

Marco Simonit: the saviour of terroir 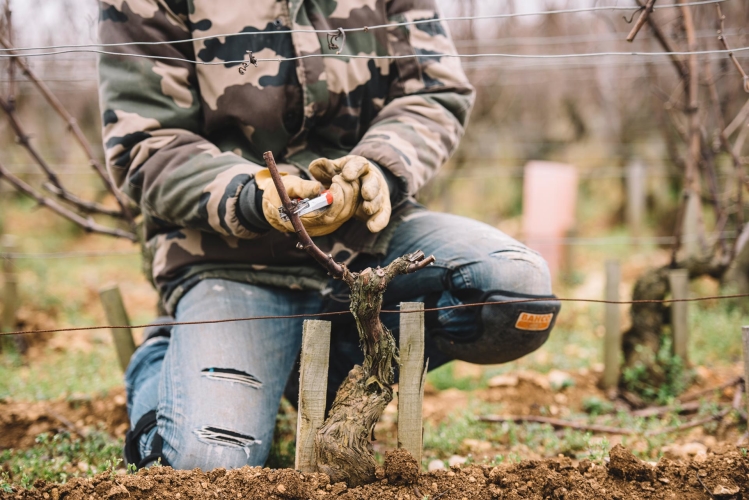 Marco Simonit is one of the modern viticultural heroes of our time. We explore how his pioneering work and tireless research have saved some of the world's greatest terroirs

Through his work with the likes of Domaine Leroy and Chateau Y’quem, Marco Simonit grew to understand that vine age is central to vineyards expressing their terroir. Without age, the vineyards produce more generic varietal characteristics and not what is particular and special to the region. According to Marco Simonit, terroir characteristics only become truly apparent after 25-30 years.

The issues currently causing winemakers to have sleepless nights are the fungal diseases of Esca and Eutypa which are killing vines off prematurely, often before they reach 25 years of age. These diseases have increased dramatically over the past 10 years and are in real danger of destroying some of the world's greatest terroirs. If the average vine age of a Grand Cru vineyard in Burgundy drops below 25 years of age, are we in danger of losing what makes that site particular and unique?

This is where Simonit (almost accidentally) became one of the most important and influential figures in wine culture. It was in his homeland vineyards of Fruili 15 years ago that he first recognised that something was wrong – and was determined to understand what. On cutting open an infected vine he could see the damage caused in the capillaries of the trunk and realised that if he could minimise the cuts through pruning he could minimise the effects of funghi on the vine, prolonging the lives of the vines, thus ultimately saving the terroir.

He now works with some of the top wine producers, including Latour, Ornellaia, Louis Roederer, Leroy, Pichon Comtesse, Pape Clement, Haut Bailly, to name but a few. Simonit also set up Simonit&Sirch Italian School of Vine Pruning in 2009 and created the first degree in grapevine pruning at the University of Bordeaux in 2016. Together with his team of "Pruninguys", he is responsible for saving some of the greatest terroir sites in the world.

According to Simonit, the real issue is that premature vine death means the end of terroir. And he is not the only one to voice this concern. Lalou-Bize Leroy, who has worked with Marco for the last 25 years, still regrets pulling up 30-year-old vines due to disease. She soon realised that it takes that time for the vines' root systems to reach deep enough to respond more consistently (therefore being less susceptible to climate conditions of a specific vintage) and to draw characteristics specific to that sense of place – the very definition of terroir. Marco believes a 30-year-old vine from Ribera Del Duero produces wine consistent with Ribera del Duero character, while a 5-year-old vine in the same place produces a wine that could be from any central Spanish region.

This is not a radical position amongst viticulturists. On the contrary, many winemakers throughout the world have a strong belief in older vines expressing their terroir. The new laws in Rioja regarding vine age only further support such a claim. The problem lies in the fact that many winemakers are struggling to make their vines live long enough to even start expressing terroir. 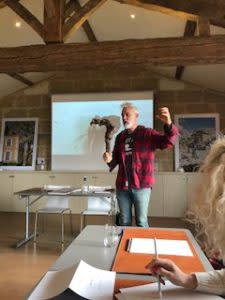 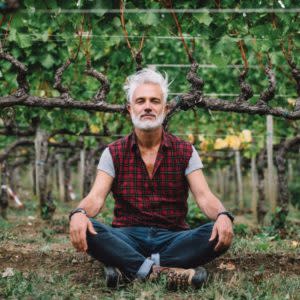 The main culprit is fungi entering into the vines through pruning cuts. Once inside the vine, the fungi starts to block the capillaries in the vine and reduces its ability to store sugars and nutrients necessary to help the vine when under stress. Eventually the vine becomes so weak it dies. But why is it having such a devastating effect now? There is no universal agreement, but the banning of sodium arsonite in Europe (used to paint the wounds on the vines) is thought to be a key offender. The great news is there is a natural cure and it comes from adapting one's pruning methods.

It was a long time before the world listened to Simonit and his ideas – it is not easy to get viticulturists to trust anyone getting close to their vines, let alone cut them open – but there were some central characters in the story that helped along the way.

It was Denis Dubourdieu, one of the most-respected viticulturists in Bordeaux, who was immediately convinced by Simonit after seeing a demonstration. He has since become a great ambassador of Simonit and his techniques.

Thanks to Marco Simonit and his team, countless viticulturists all over the world have learned techniques at the world's first pruning school and the grape vine diseases that have ravaged the great terroirs of the world might finally have met their match. 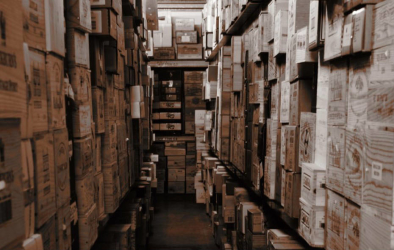 The best red wine ever made? A billionaire’s bucket list