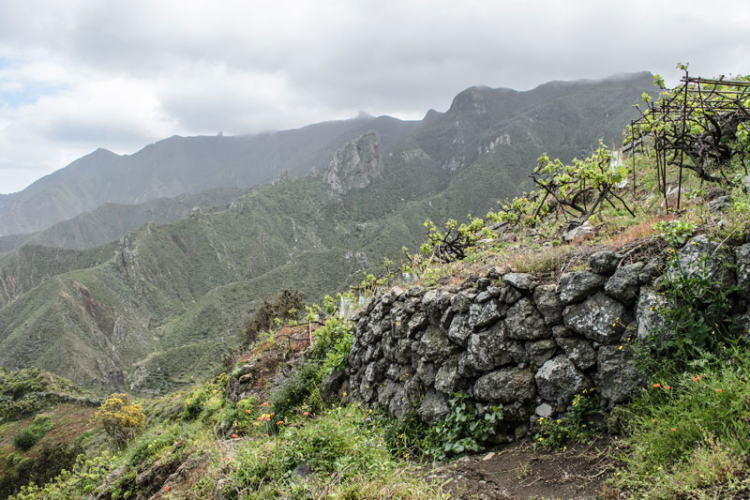 For many of us, Tenerife has more to do with holidays in the sun than fine wine, but there has in fact been a long history of winemaking on the mountain slopes of the northern part of the island, which is much cooler than the tourist hub in the south. The grapes are grown on some of the world's most extraordinary vines trellised using the historic cordon trenzado method. The varietals are all native and produce beautifully pure terroir driven wines that are distinct to the island. We caught up with winemaker Jonatan Garcia Lima on what makes this island so special. Read more here.

My father started to buy vineyards in 1986. Prior to this there were no opportunities to buy land on the island unless you came from a rich family in the Valley. So after the 1970s, as the economy improved on the island, more families started to have money to buy land and this was the case with my father. His first idea was to have a place to escape to for the weekend after his work in the factory. A place to get away and make some wine just for him and his friends. He then continued buying more vineyards but lacking the capacity and knowledge to make such high quantity of wine he started to sell the grapes to other cellars. The last vintage that we sold grapes to other wineries was in 2005 and following that, we decided to start to make wines ourselves.

The Listán Blanco is a grape that is very plain on the nose but allows to show better the terroir too. It has a very good acidity and for me is the great white grape of the north of Tenerife. In my opinion there's more than ten different clones of Listán Blanco on the islands. Different mutations that also you can see in the same valley, for example in the shape of the leaves.

Castellana Negra (before called wrongly by all of us Tintilla) is Tinta Cao (used in Port production). Vijariego Negro is Sumoll. Baboso Negro is Alfocheiro Preto. Other unknown origins are Marmajuelo, Forastera Gomera and then other crosses as Malvasia Volcanica (Aromatic Malvasia with Marmajuelo) or Albillo Criollo (Listán Blanco and Verdello)

In our cellar you can see biggest changes in style after 2015 due to changes in the winemaking and the decision to harvest sooner.

Watch out for the new releases of Suetes del Marques in the next few weeks.