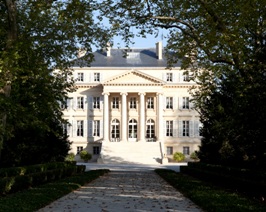 The first evidence of wine production was in Georgia around 7000BC and domestication of vines occurred around 3000BC. Wine was a natural, simple product: grapes that were pressed and fermented – a true expression of the terroir and the creator’s expertise. But does tradition make better wine? Or is this a romantic notion of turning back the clock to a simpler, more artisanal world? This is a trend that is doing the rounds in all manner of commodities at the moment. It seems that we are at the tipping point where technology, mass production, and standardisation are beginning to crumble with their own weight. The demise of which is seeing a rise in handmade, artisanal, natural products and an appreciation of the time, skill and human effort that went into their creation. It is now desirable for clothing to show signs of a human hand; long gone are the days when it was ‘cool’ to be walking around with an insipid, branded coffee in your hand; and yes, I would like to eat meat that was reared with love, ate grass instead of hormones, and fills me with dense, not empty, nutrition. So what does this mean, if anything, for wine? 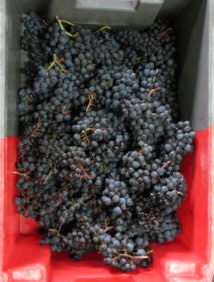 The idea of ‘natural’ wine is a step beyond biodynamic and organic viticulture in that it is a philosophy that consumes all practice – from vineyard through to winery and into your glass. Hence, there is no governing body, as of yet, to certify ‘natural’ wines like there is for biodynamic and organic. Biodynamic viticulture largely stems from Rudolf Steiner’s (1861-1925) ‘anthroposophy’ philosophy, which translates into the ecological, energetic and spiritual corners of a vineyard combining to create an interconnected living system. Producers champion this method because it creates wine with personality – an expression of the terroir – and it is sustainable. The overzealous use of chemicals after World War II was a lesson to many winemakers whose vines dwindled and environment suffered as a consequence. It is widely believed that organic farming yields a better quality grape, and a better quality grape inarguably goes to produce a higher quality wine. While this practice is commonplace in the Old World with their deep rooted heritage, technology enabled many producers in the hot climates of the New World to produce some wonderful and some not-so-wonderful wines, while also enabling the mass production of consistent, cheap wines. There does, however, appear to be a backlash occurring against technology-driven wines and back towards nature in the vineyard. 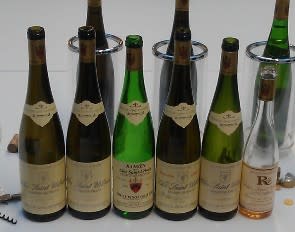 One cannot quantify the number of ‘natural’ wine producers because ‘natural’ is a philosophy where organic and biodynamic are the tools. How far this philosophy is followed is down to the idiosyncrasies of, and at the discretion of the individual producer. At its most extreme there will be no rectification or manipulation in the winery as well as in the vineyard - it will be a pure, unadulterated, liquid representation of a certain piece of land from a certain period of time. Variations of this practice are increasing with more producers gaining organic and biodynamic certification and, therefore by default following a more ‘natural’ viticultural philosophy. For instance, 73 French estates, including Château Climens in Sauternes, Domaine Leflaive in Burgundy and Zind-Humbrecht in Alsace are certified biodynamic with Biodyvin (up from 59 in 2011), and there are around 530 biodynamic producers worldwide accredited by the internationally recognised Demeter Association. But does minimal intervention equal good wine?

Opponents of ‘natural’ wine argue that it is an excuse for poor winemaking and is simply a label to cover up faults; but define ‘fault’? Similarly, try defining ‘natural’. Some of the top producers in the world follow a nature-driven philosophy where the terroir is the master and any further manipulation is subservient. For instance, Paul Pontallier, Margaux’ managing director and winemaker hopes to convert his almost-organic farming practices to 100% certification. This decision was made after a blind tasting of three different 2010, Cabernet Sauvignons, grown using different practices, but from the same block, crowned the organic and biodynamic wines the most highly rated. And he is in good company – Pontet-Canet (from its 2010 vintages) and Château Guiraud (from 2011 vintages) are some of the pioneering members of Bordeaux’ aristocracy to be certified organic; Pontet-Canet also being accredited by Biodyvin. Indeed, Jean-Michel Comme, director of Château Pontet-Canet said that “To do it properly – and this is even more true with biodynamics – requires an investment not just of money, but time, human effort and philosophical beliefs.” I suppose it comes down to what you want from a glass of wine. While opening a bottle of truly ‘natural’ wine may be for the most open minded, curious souls amongst us, organic and biodynamic wines merely require a mind open and intrigued to the myriad of effects that the environment has, and an appreciation of the winemaker’s symbiotic skills. It is in a similar fashion that one may - or may not - embrace for instance, coffee whose tobacco notes are more pronounced because the beans had more sun exposure than the last crop. And who enjoys the fact that their grass-fed beef will either have sweet grass or hay notes depending on the season of consumption. We seem to have got so used to expecting the expected, and in the meantime have lost all perspective on what is natural and what qualities the environment, the terroir, and nature can do for our foods and more importantly, what intensive technology cannot.

The proof is always in the pudding – clearly sometimes it is better to go back a few steps, simplify things and give the human hand more power. Biodynamic and organic viticulture is becoming widely accepted as the best method of production, and similarly, organic and natural foods are better for our health and our taste buds. Technological manipulation has undoubtedly come to our aide in many important aspects of production, but one must not lose perspective. We are part of an inconceivably large, intricate ecological web, and we wouldn’t have such magnificent wines or foods without the help of our environment and every factor within it. So let’s raise a glass that expresses the life of the wine and champion the effects that the terroir has on our foods, instead of micro-managing it to create a standardised product. And of course, a final bonus of this practice is to our health – so perhaps we can allow ourselves an extra ‘unit’ or three of that Pontet-Canet with that slow-reared steak!