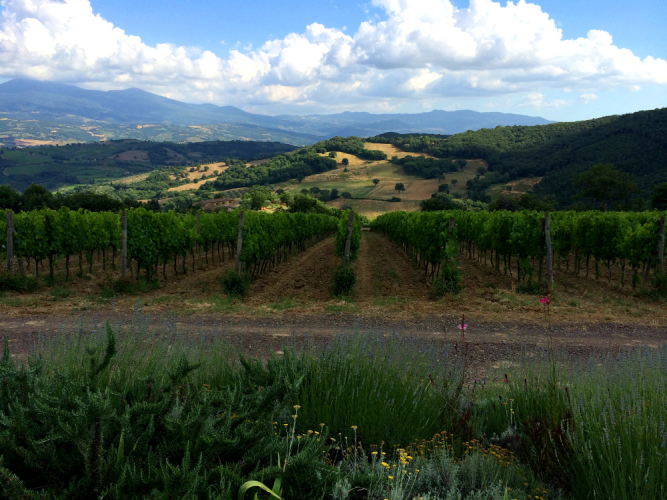 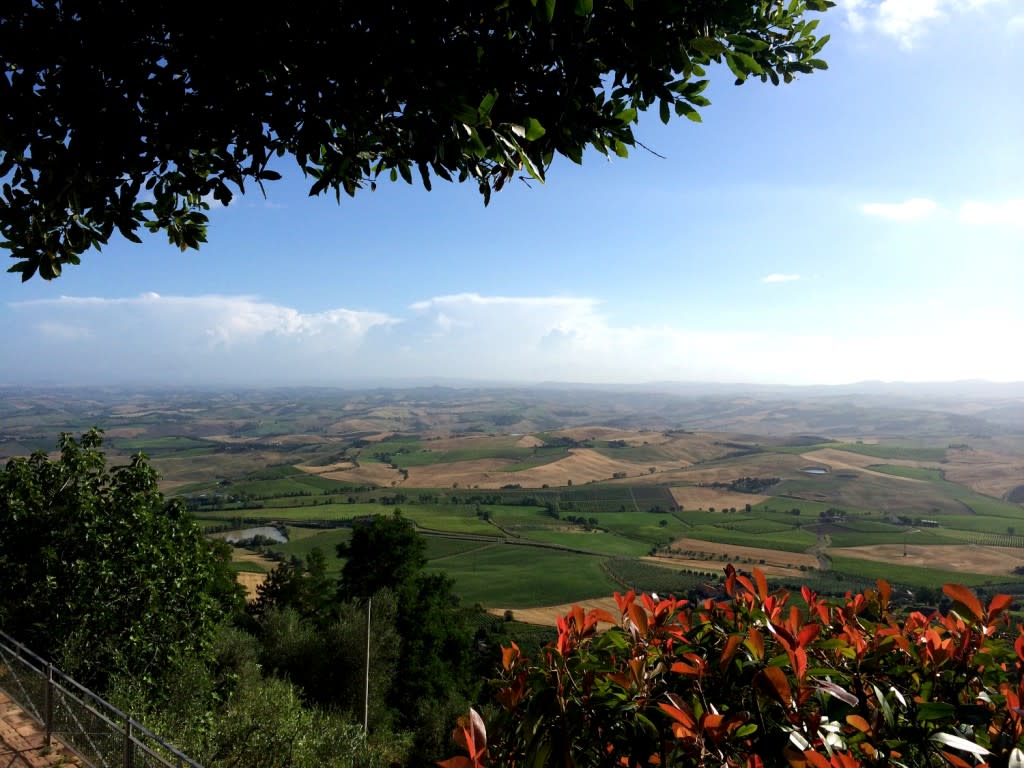 Brunello is without doubt one of Italy’s most important wines; indeed some have argued that it is Italy’s greatest (although we would probably give that crown to Barolo). Super Tuscan's aside, Brunello is the Italian wine that will most likely appeal to Bordeaux lovers, those that find Barolo’s acidity a little too much, and the very best Brunellos – and there are a few – can sit at the high table in terms of the world’s great wines.

The past two years have seen a great deal of work at FINE+RARE in Piedmont, essentially asking the same questions. This has paid enormous dividends and we have offered our customers an unbeatable range of outstanding wines from the big names to undiscovered gems. Our unprecedented 2010 Barolo tasting gave a lucky few the opportunity to taste just under 100 2010 Barolos and had the trade talking. And, whilst we will continue to seek out the best in Piedmont, the plan is to do the same in Tuscany, starting with the region’s King.

As with much of Tuscany, Montalcino is stunningly beautiful. The vine-growing area of Brunello di Montalcino surrounds the hill, or mount, of Montalcino itself, and the view from the top of the hill is stunning. And, whilst to the naked vintner's eye, or rather the vintner's naked eye, there is no immediate picture of terroir in Montalcino, there is a very special “macro-terroir” which is what makes this region special.

Compared with Montepulciano to the east and Chianti to the north, Montalcino’s climate is much more Mediterranean: summer is considerably warmer which helps to ripen Sangiovese. Moreover, Montalcino is just 45 or so kilometres from the coast, and the valley of the river Ombrone serves as an air-conditioner: cool breezes coming up the valley not only keep the growing conditions dry and healthy, they also make for cool nights – diurnal temperature changes adding great complexity to the grapes and the wines that come from them. To the north of Montalcino, the valley of the Arbia performs the same task and this combination of warm sunshine and cool breezes plays a considerable role in making Montalcino special. Then it starts getting a little more complex.

A facile but useful method is to divide the estates into those that face roughly south and those that face north. The respective owners of these vineyards make clear arguments for the properties of each, and convincing arguments are made by those that own plots on both sides. Broadly speaking, south-facing vineyards produce the more powerful, masculine wines whilst the estates on the northern slopes produce wines with a little more elegance and finesse. Growers with vines in both parts, such as Gianni Brunelli, have an advantage here and tend to make wines that are more consistent from vintage to vintage. Growers facing north, such as Valdicava or Le Chiuse, tend to do better than their friends in the south in hotter vintages.

So Brunello is clearly more complex than Bordeaux, for instance, though arguably easier than Burgundy. Similarly to Burgundy, the grower is very important: one highly-regarded grower in the region told us that he thought there were around 30 or so growers that achieved “real grower identity” and that would seem about right. Similarly to Piedmont, there is a modern vs traditional angle, which revolves largely around the use of barriques though, as in Piedmont, many growers who embraced French oak in the 1990s are reining in their use of it, and it should be noted that Sangiovese does not stand up to barrique in the same way as Nebbiolo does.

What is also significant is that, despite its greatness, Brunello di Montalcino is a relatively new wine: Brunello was born in the late 19th century (whereas the Cistercian monks were making wine in Burgundy in the 12th century). Moreover, the region has grown significantly and many estates date from the 1980s and 1990s.

Montalcino is, of course, subject to vintage variation though hasn’t had a genuinely poor vintage since 2002. The consensus of opinion is that 2004, 2006 and 2007 are the strongest of the currently available recent vintages and 2010, yet to be released, is a cracker. That said, the variety of terroir in the region is such that there will always be exceptions to the general rule. The most recently available vintage, 2009, is a good one, though its successor will almost invariably overshadow it.

To conclude: there is something clearly very special about Montalcino, perhaps the only region in the world where Sangiovese achieves true greatness.

Speak to anyone in Montalcino and the name Biondi Santi will invariably come up. The father of Brunello, the inventor of Brunello, and an estate that commands impressive respect throughout the region. It was Feruccio Biondi Santi who first vinified 100% Sangiovese, selecting a particular clone that gave the full-bodied, aristocratic wine that the very best Brunellos are. This highlights the relative youth of the region: much of this work took place at the end of the 19th century and at the same time shows the historical relevance of this great estate.

There is no fancy winemaking here: the work is all done in the vineyard – the estate was way ahead of its time in terms of the avoidance of chemicals and the use of natural yeasts. No sign either of any barriques: traditional Slavonian oak casks are used and there is nothing to mask the quality of the juice itself. The wines from this estate age particularly well, and they are one of a very few estates who have the history, and the stock, to prove this.

Some places just feel right from the start, and this is one of them. The estate takes the name of the Valdicava vineyard area and the estates vineyards, in one single block, roughly surround the Madonna del Piano vineyard. Vincenzo Abbruzzese, grandson of the founder of Valdicava, is a man with a clear spiritual connection to the vines and the property, and a man who clearly knows how to make wine. Much of the estate is given over to horses: Vincenzo breeds horses for endurance racing, and part is given over to woodland “where the spirits of the vineyard go at night”. There is a hint of magic in this place and the wines we tasted were spellbinding.

Laura runs the estate named after her late husband, Gianni Brunelli, and this is an estate with a real family feel to it: there is some love here. The estate, where a new winery and cellar are being discreetly constructed, is on the south-facing side of Montalcino, though Laura owns vineyards on both sides of the village and this contributes to the remarkable consistency here from year to year.

Our companion here told us that the 2006 Brunello di Montalcino Riserva from this estate was one of his favourite wines of all time, and was rather put to the test when Laura opened a bottle for us. To his relief, it performed. This is an impeccable wine, one that begs to be drunk rather than merely tasted.

We described Franceso Leanza’s Salicutti estate on our return. His 2011 Rosso di Montalcino impressed us so much we just had to offer it straight away. I’m afraid it’s all gone.

On the southern side of Montalcino, just further south than Laura Brunelli, lies the almost impossible to find, and therefore very peaceful, Salicutti estate. Francesco is one of many growers of Brunello to have arrived in the 1990s, though this relatively young estate is already in the premier league of producers.

Francesco planted the vines here himself, and he has a clear bond with his vines and the wines that come from them. The wines definitely show the power that comes from the southern aspect, though his winemaking is traditional and, given the small production, he can pay very close attention indeed. These are very clean, focussed and correct in style, and his wines can only get better as the vines get older.

This is a relatively young estate – Poggio di Sotto was founded in 1989 on the south-east side of Montalcino and is perfectly situated to give a perfect view of much of Montalcino itself. The property covers over 30 hectares, a third of which are given over to vines (the remainder either olive groves or forest).

There is a definite air of professionalism here. A spotless winery (albeit with a few builders walking around), an impeccable welcome, and everything in its place. This is reflected in the wines, which are very impressive in a clean and precise, rather than out and out modern, style.

Three wines are made: a Rosso, a Brunello and a Riserva, and all three are technically excellent. Whilst the estate might lack an artisanal feel, there is clearly some seriously good work going on here and the wines are very, very impressive.

Based on at the base of the northern slope of the Montalcino hill, Le Chiuse has an intriguing history in that the vineyards were once part of the Biondi Santi estate and were the source of Biondi Santi riservas. The current owner, Simonetta Valiani, is the great granddaughter of Feruccio Biondi Santi, and until 1993 the vines were rented to Biondi Santi.

The vineyards have an ideal exposure and are clearly very well looked after: there is a tangible passion for the vines here. The elevage is traditional and the end result is classic Brunello, which appears to excel in cooler, rather than hotter, vintages. There is much going on here in terms of investment and this is an estate to watch.

Marino Colleoni’s estate is so well tucked away that it is almost impossible to find. But finding it is well worth it. Antonio Galloni describes Marino as “one of the emerging stars of Montalcino”; we are tempted to describe him as bordering on genius. The wines here are bordering on the “natural” – Marino has a clear and genuine respect for nature and a disarming modesty regarding the wine that he makes. The wines are completely unforced and beautifully pure. The only downside here is that very little wine is made.

Founded in 1986 by Andrea Cortonesi, Uccelliera’s wines are stylistically more forward, deeper and richer than many. Andrea himself has been working the land in Montalcino since he was a boy and is passionate about his vines, his winery and the end product and is a man with a clear mission to make what he believes to be the best.

The estate is found in Castel Nuovo del Abate to the south of Montalcino and covers roughly six hectares. Vineyard management is impeccable, and as natural as possible; in the winery the wines see both large oak casks and barriques and Andrea sees the potential of both. The wines are lovely, with a distinct richesse – Antonio Galloni describes the estate as “without question one of the handful of top producers in Montalcino”.

If you'd like to speak to us about any of the wines or producers mentioned, please email us. 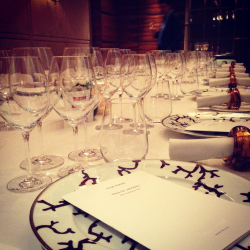