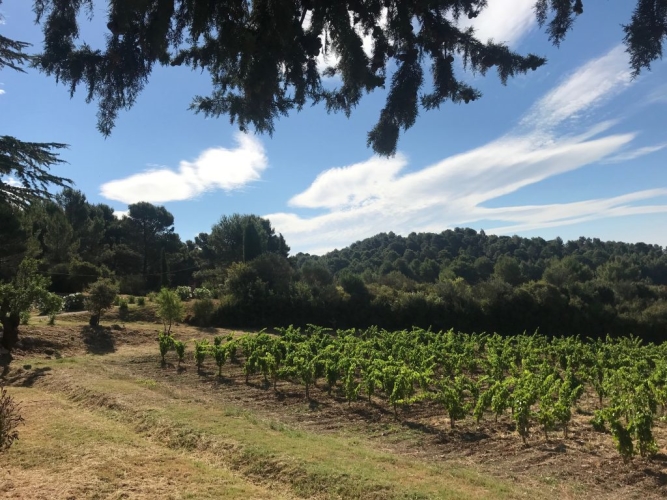 Last week we visited a very special vineyard situated on the limits of the Minervois appellation yet completely secluded, surrounded by forests and lavender fields. The Hegarty Chamans property is a beguiling place and the moment you set foot on the property you sense the almost shamanic power this property holds, and was historically named after.

Whilst the Languedoc region is best known for its mass produced high production wines, the region's climate and affinity to grape growing means it is perfectly suited to producing top quality wine if it sets its mind to it and yields are kept low. Today there are a number of quality led producers making some stunning wines in the region and Hegarty Chamans under the ownership of Philippa Crane and John Hegarty are undoubtedly one of them.

Since taking on the vineyards in 2002 they have wanted to curate a biodynamic safe haven free of any chemical farming to support a thriving biodiversity. The fact that the vineyards are completely surrounded by forests and are on the slopes above the “baking-tray” flat plains of more commercial high yielding vineyards means they are protected from any chemical spray drift.

Philippa and John experimented with yields and found cropping down to 25 hectolitres per hectare brought the quality they were looking for from the vineyard. As a comparison Bordeaux typically crops at 40 hectolitres per hectare. The vineyards were certified organic in 2005 and became Demeter approved in 2010. Even their lavender fields are certified organic and when we visited they were preparing to crop. Philippa states there now is a huge demand for organic lavender used in the cosmetics industry.

Spending a couple of days at the property you realise what an idyllic part of the world this place is. Whilst the sun is pretty reliable in these parts there is a wonderful breeze that flows through the vineyard moderating heat as well as keeping diseases that thrive on humidity at bay. Phillippa clarifies how important the winds are for the property. There are three winds: Le Cers, Le Marin and Le Tramonontane that come from different directions across the property depending on the time of year all three playing their part in the growing season. Their property is situated within a nature reserve which has been protected since the early 2000s and means that the forests that help support the biodiversity of the vineyards cannot be felled and building development is severely restricted. 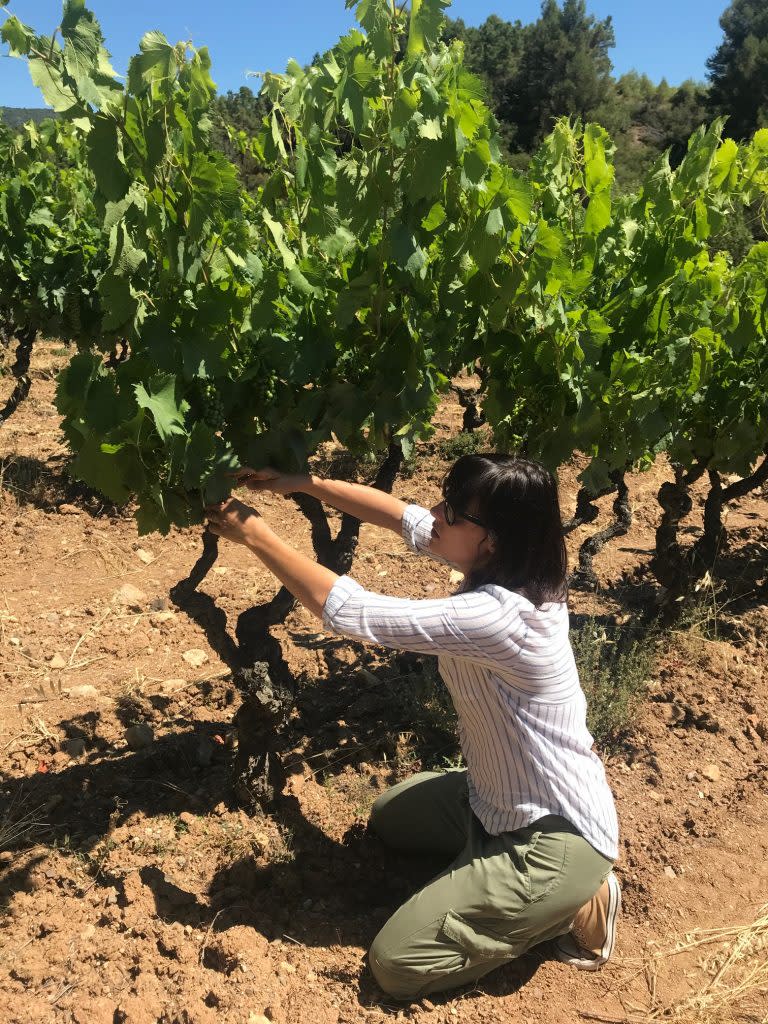 Their long journey into biodynamics has been a huge learning curve for the couple and their in-house winemaker Jessica Servet has managed the vineyards and winemaking since the 2014 vintage and has been working on the property since 2010. John uses the analogy of chemical farming being a boxer that uses herbicides and pesticides to “punch nature into submission” whereas he sees organic and biodynamic farming more like Judo which you use the power of the opponent to your advantage. In this case, nature is the opponent. They have had to observe what the vineyard tells them and learn to react. Blackberries in the vineyard are a real problem since their roots are so deep and compete with the vines but they are also a sign of a natural water source nearby. The more they observe the more they understand the health of the vineyard.

Last year Marco Simonit visited the property and worked with Jessica on pruning techniques to further the vine resilience of their ancient Carignan and Grenache vines. Walking around the 25 hectares of vineyards you see tremendous variations in soil with one Grenache vineyard made up of deep red clay and huge limestone and quartz stones, whereas further up the hill there are finer sandy soils. With much of Minervois cropping at too high levels to offer true terroir identity it is difficult to know what true Minervois in that respect tastes of. Hegarty Chaman’s approach at least provides that opportunity and the wines really are exceptional, producing some beautiful expressions of Syrah/ Grenache based reds and Roussane/ Marsanne / Grenache Blanc / Clairette whites.

The top red wine produced at Hegarty Chamans is Black Knight. A cuvee they only make in exceptional vintages following the elevage and blending processes when they believe they have produced something exceptional. We were fortunate to taste the latest inception of Black Knight 2016 which Jessica, John and Philippa all believe is their finest example yet. The wine is wonderfully rich without being hot or aggressive with copious aromas of violets, camphor, licorice, tobacco and unsurprisingly wonderful lavender notes. It is texturally multilayered with stewed small berry fruit flavours and whilst undoubtedly rich there is freshness too. The wine is still unfinished and is to be bottled later in the year but it is drinking beautifully from the barrel.

The eVirtus is their second premium cuvee and yet in true Languedoc tradition remains fantastically priced for the quality on offer. The 2014 is an absolutely beautiful wine with an almost Northern Rhone herbaceous freshness with beguiling aromas of sage, thyme, licorice root, aniseed and a scorched earth smokiness. I love the freshness and contrast of herbs, spice and black cherry (Syrah-dominant) flavoured palate. This is now bottled and will be released next week. This is a top recommendation from a property that shows off how good wines from Minervois can be when a qualitative approach is taken.

There are murmurs too of a possible White Knight – a blend of barrel fermented Roussanne and concrete-egg aged Marsanne released only in the finest vintages. We were fortunate to taste the Rousanne from barrel and if that is any indication on the final release we are in for a treat. Rich, opulent yet with a wonderful surge of energy. Watch this space! 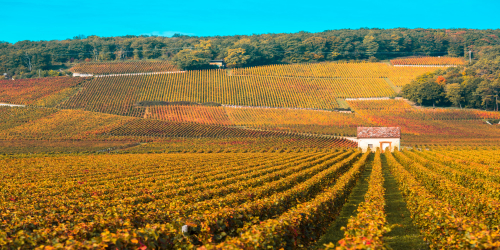