EditorialvinesThe root of the matter 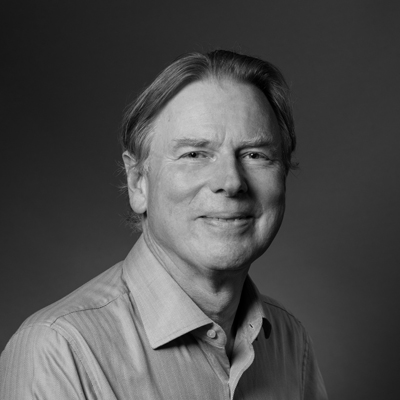 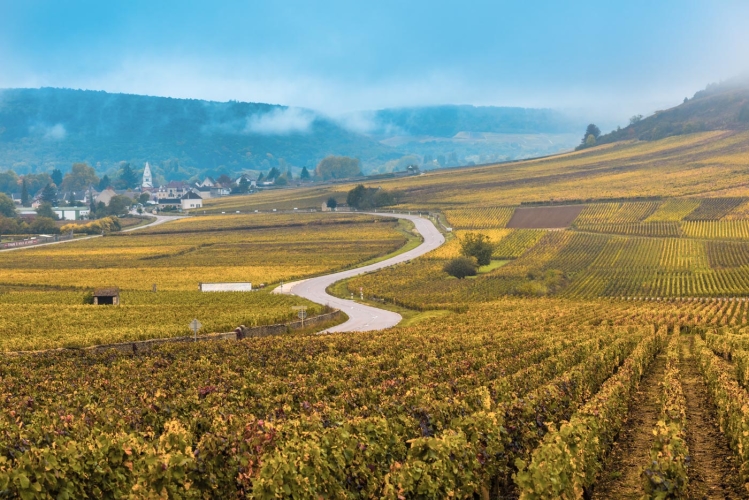 Looking out across the Côte d’Or, the astute might notice a few more gaps amongst the rows of vines than normal. Dig a little deeper, listening to nervous murmurs in cellars around the region, and you’ll hear that there’s trouble below the surface – with a once-favoured rootstock the culprit. Jasper Morris MW – leading Burgundy expert and Inside Burgundy author – tells us more

We like to imagine the life of a Burgundian vigneron as one of the happiest in the world; a bucolic existence in the vineyards, or else surrounded by casks, vats and bottles of their gorgeous bottles. We rather enjoy the product ourselves – despite the occasional irritations of a corked or otherwise flawed bottle resulting in a failed experience. Still, the only loss is of that specific bottle.

Sometimes there can be clouds in a vigneron’s life, storm clouds. A hailstorm might destroy the crop in one sector of a vineyard: that cuvée disappears off the map for a whole year, the vigneron’s work for the season destroyed in a single half hour. Or, though we have not seen this for many years, an entire vintage may be compromised by torrential rain throughout the harvest.

It is hard to imagine what it can be like to lose a whole year’s crop in one go, but how much worse must it be when there is an existential threat to the life of the vine itself. Two recent threats have been the disease esca, known as the black goo in some parts of the world, and flavescence dorée. Both can bring rapid mortality to individual vines, but can be treated. 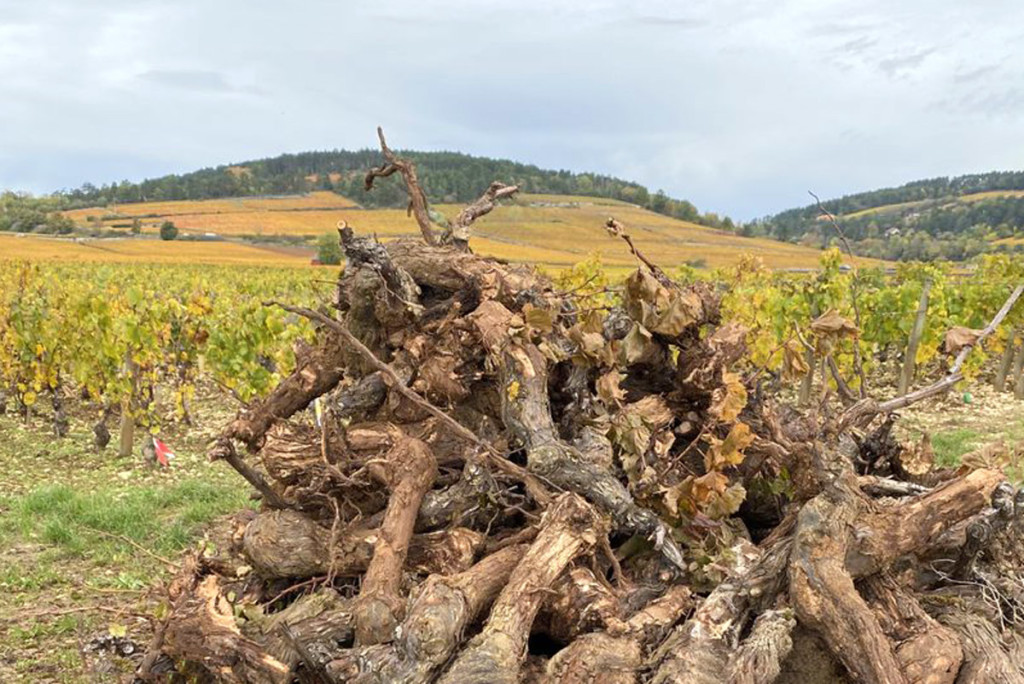 An increasingly familiar sight: dead vines stacked up in the vineyard

Now there is a new and insidious problem to contend with: one of the key rootstocks widely used in Burgundy seems to be giving up on the job. The 161/49C rootstock has been the favourite for a generation here. The C stands for Couderc, specifically Georges Couderc who bred this rootstock as far back as 1888, shortly after it had become apparent that only vines grafted on to American non-vitis vinifera rootstocks could resist the phylloxera beetle. It is a Berlandieri x Riparia cross, designed to be relatively resistant to active limestone (very important in Burgundy), and is not over-productive: indeed, it has been such an obvious choice for producers looking for quality over quantity that it has been exceptionally widely planted in Burgundy of late.

But 161/49C is giving up on its job. The failures were first seen in the south and south-west of France, and are now widespread in Burgundy. The damage was mostly done with more recent plantings: which may have given rise to the theory of the rootstock having intrinsically degenerated. However, another explanation has emerged, that the younger vines do not have deep enough root systems to be able to search out underground water, whereas the old vines with established root systems appear to be able to carry on serenely. The story is still unfolding and I doubt that we have all the answers yet.

I learn from Pl@ntGrape that 161/49C is theoretically relatively resistant to drought, a view which may very well be changing. Whereas discussions with vignerons a few years ago were based around the assumption that this rootstock which had been so good was suddenly failing, as if it had run out of energy entirely or else the mother plant had contracted some sort of disease, the view most commonly heard is that this rootstock cannot manage the new hotter, drier conditions.

In almost every cellar, a question about 161/49C yields a glum response. Yes, we are suffering. At first vignerons pulled out damaged vines and replaced them individually, but when each following year the losses multiplied further, the bullet of ripping out the whole plot has to be bitten – demoralising, expensive and with repercussions for years to come. You need to leave the plot fallow for at least two years (wise old heads say five to seven years) before replanting. The first mini-crop arrives three years later and the vine does not really reach maturity for 20 years.

Antoine Jobard is pulling out a plot of Meursault Genevrières that he only planted in 2017. Cyrielle Rousseau adds an additional nuance: a plot of Clos de la Roche recently replanted with three separate clones, all on 161/49C rootstock is suffering much worse in relation to one of the three clones compared to the others. A further headache is that it is not clear what to plant instead. Among its close siblings – other Berlandieri x Riparia crosses – are 420A, 5BB and Teleki 5C which are all now being widely trialled in place of 161/49C: but the worry persists that these too may develop the same issues.

Others are looking at 41B – quite widely used in Chablis – which dislikes drought but does not die of it according to Roger Saumaize (Pouilly-Fuissé), or 3309 which is tricky where there is a high active limestone content. François Lumpp in Givry has switched to 363 Montpellier though he noted pithily (and I have cleaned it up a bit!), “When you buy stuff that’s rubbish, you find out too late: whether it’s the cork, the barrel or the cuttings from the nursery.”

Solutions will be found: a rootstock that can cope with drought, doesn’t mind a bit of limestone, is later rather than earlier ripening, and allows the vine to deliver fine quality grapes. Auditions are being held now! One thing is sure – smart producers are going to hedge their bets by settling on a mix of different options, to avoid having all their grapes in one basket.

Jasper Morris – the man behind Inside Burgundy – is a Master of Wine and leading Burgundy expert, living, working and writing in the region.

Read all our Burgundy 2020 coverage, or browse all the latest releases 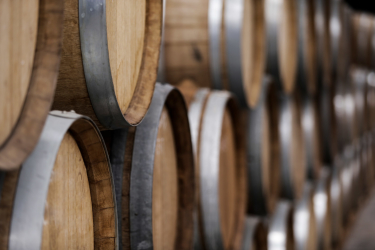 What to look out for this December