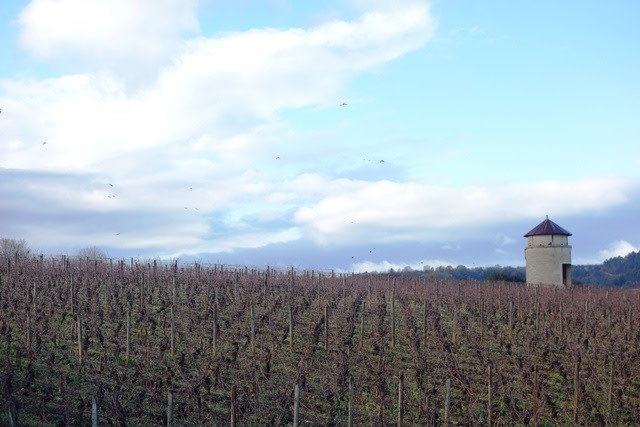 Jessica Bryans, fine wine buyer at FINE+RARE, shares her thoughts on the 2014 Burgundy vintage following her recent trip to the region. Read on for vintage analysis, wines to watch and the inside look at what the Burgundians are saying themselves...

Burgundy 2014 delivered charming wines that are quintessentially Burgundian. The whites are of exceptional quality and have struck a perfect balance of freshness and ripe fruit concentration. This is a great year to stock up on Premier and Grand Cru from the Côte de Beaune.

2014 Chablis is also worth a second look as the wines are classic but not generally austere.

Though the whites are the highlight in Burgundy 2014, the reds are also good in quality and maintain the hallmark elegance of the vintage.

Described by most producers as “classic” in style, the wines we tasted showed great balance across the region with ripe acids and tannins, making them a pleasure to drink even when young. Grapes achieved phenolic ripeness resulting in wines that are fresh and energetic yet finessed and round.

Overall quantity is still lower than average; however, many producers in the Côte de Nuits are producing more than in 2013. Quantity is extremely variable in the Côte de Beaune as a June hailstorm destroyed between 10% -90% of the crop from Beaune to Meursault.

Read on for a more detailed analysis...

There is no consensus among producers as it seems 2014 stands on its own in terms of overall profile. The vintage comparisons that came up most often when asking producers were of 2007, 2008 and 2011.

What You Should Buy:

The 2014 season started and finished strong.

A warm and dry spring suggested an early harvest as vines were advanced by about 2 weeks. Flowering came early as dry, stable weather continued until a big hail storm on June 28. This had an impact on vineyards from Beaune to Meursault and in some parts of the Côte de Nuits, reducing yields significantly for those affected. Thankfully, the Maconnais was spared any damage.

In July there was rain which caused some berry swelling and a reduction in concentration. The rain also created the perfect environment for the Drosophila Suzuki, an Asian vinegar fly that can drill holes into berries and contaminate them with acetic bacteria. Aside from the Suzuki fly overall grape health was very strong with minimal fungal disease or botrytis.

By late August the fine weather returned and continued into September with the needed balance of warm days and cool nights to bring grapes to optimum levels of maturity.

Conditions remained warm and dry through to mid-September when most were finishing harvest.

**Seen and Heard – What the Burgundians Had to Say:**

“The 2014 whites have noticeable bright fresh fruit and great acid because they are not as concentrated as 2012, the reds are a little more variable.”

“Some are already talking about 2014 being a Bonnes Mares vintage.”

Burgundy 2014 En Primeur has now arrived. Why not browse our unrivalled range? 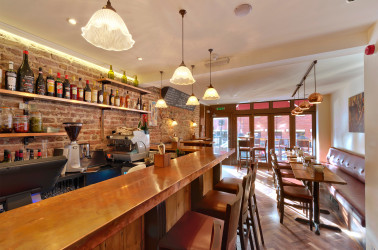