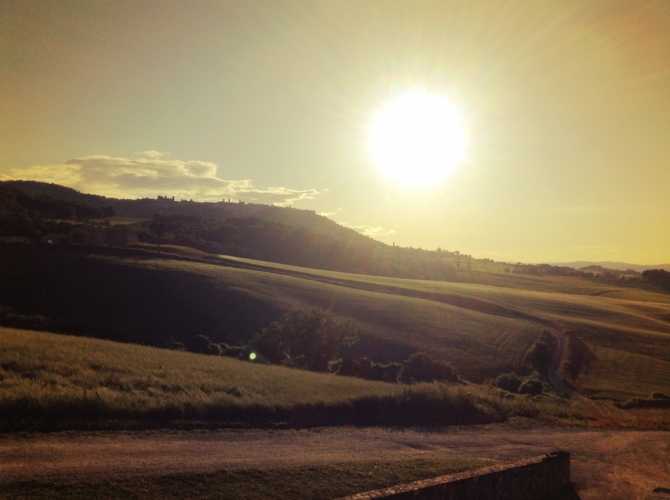 Part of what we do at FINE+RARE is try, wherever possible, to get as close to source as we can. Ideally we deal direct with the winemakers themselves.  Following the success of the brilliant 2010 vintage, our buying team have just returned from Montalcino.  Jessica Bryans recounts the trip:

It is hard to believe that Brunello is such a new phenomenon. Historically, it is one of the world’s youngest noble wine regions, with the first recorded Brunello created as recently as the 19thcentury. Compare that to Bordeaux, where wine production was well-established by the 12th century and you see what I mean.

The region was pioneered by the Biondi-Santi family who are regarded as creators, innovators and the foundation of Brunello. In 1865, Feruccio Biondi-Santi released the first modern version of Brunello, aged in large oak casks. And there it began. By the end of World War II, Brunello di Montalcino was regarded as a prestigious (and rare) wine of Italy, sought after by the elite. The only commercial producer on record at the time was Biondi Santi. By 1960, 10 other producers had followed suit. A decade later there were 25, and by 1980, 53 producers shared in the joy when the region was granted Italy’s first DOCG status.

Today, the wines are known for their vibrancy, longevity and purity of fruit, made of 100% Sangiovese, though there are hundreds of clones used throughout the area. The producers we visited showed a range of styles from austere and elegant to rich and modern (and everything in between). The major determining factor in these stylistic differences is the use of oak and we saw a variation of different recipes using French, Slavonian or both. It should be noted that currently there are no sub-zones or cru vineyards and there seems to be little to no consensus between producers on which sites are the best.

One thing every Brunello producer can agree on: the brilliance of the 2010 vintage.

Regarded as one of best in decades, the 2010 vintage of Brunello has kicked up quite a fuss in the wine world. Having tasted it ourselves, we get it. Every last wine we tasted from the epic vintage was balanced, concentrated and downright delicious. 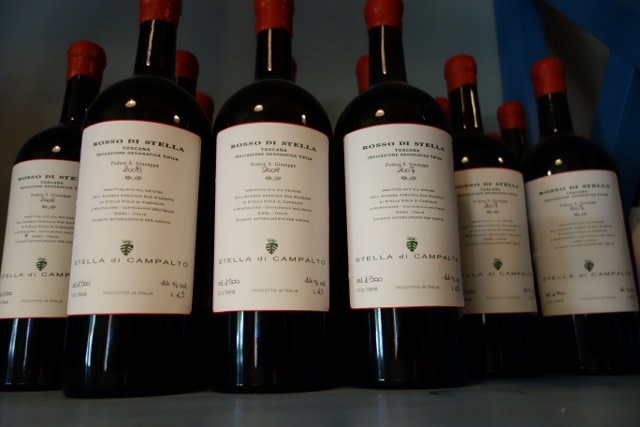 On the fresh and elegant side of the spectrum, the wines of Poggio di Sotto and Stella di Campalto bewitched us. These were wines that despite considerable power showed fresh acidity and fine-grained tannins woven through the juice like a silk thread. Flavours of pure red berries, sweet violets and mineral concentration went on for days. I can’t rave enough about these producers, 2010 vintage or not, the wines are not to be missed.

Leaning towards the more modern style of Brunello is Casanova di Neri, a family-run estate producing wines with gusto. The winery itself is perched in a serene location in Northern Montalcino where an immaculate view of Tuscany’s rolling hills can be seen from the winery door. This is a place where time seems to slow down; the sun sets gently over the yard while the Neri family’s pet turtles roam freely in the grass. Here, the entire production is made, including the Cerretalto, a single vineyard Brunello originating from an eastern facing property with a unique terroir that forms a natural amphitheatre. The vineyard is home to a specific Sangiovese clone that produces small bunches of well distanced grapes from old vines.  In the winery, fermentation takes place in stainless steel with only natural yeast followed by 6 years of ageing in French oak before the wine is bottled unfiltered. The resulting wines are structured and powerful with concentrated flavours of dark fruit, earth and spice. The 2004 we sampled is still a baby so patience will be required to enjoy the full potential of these wines; however, it will be worth the wait.

Somewhere in its own undefinable style are the wines of Valdicava. Winery Proprietor Vincenzo Abbruzzese is potentially the most passionate wine person I have ever encountered. He makes it clear that he spends more of his time in the vineyard than the winery but you wouldn’t know it, as his passion and vibrancy are seemingly infused into the liquid in the bottles. His beautifully balanced 2010 Brunello sung the tale of the perfect vintage.

“Judge a winery in a bad vintage, not a good one,” said Vincenzo over our oohing and ahhing.

And so we did: a vertical of Brunello di Montalcino right back to 2004. Though some wines warranted bigger smiles than others, every last one was truly enjoyable. The standout for me was the 2006 which showed sun-ripened cherries, savoury spice, black olives and leather seamlessly fused with fleshy texture and an energetic streak of acidity. 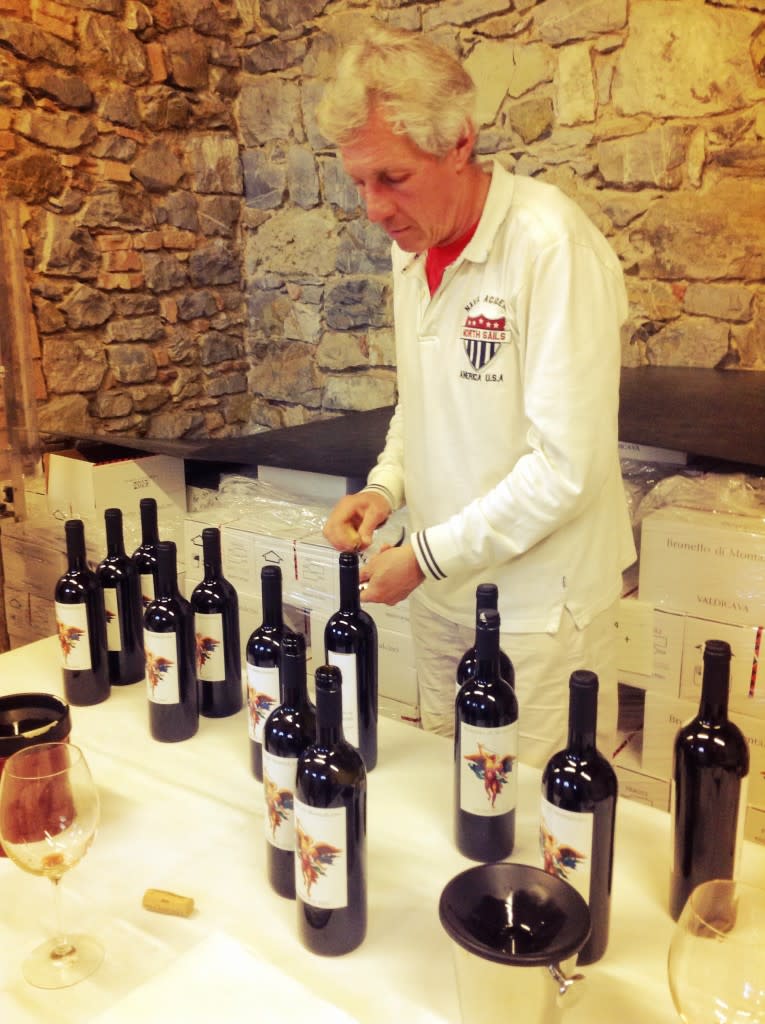 Finally, I would be remiss not to mention our enchanting evening of tasting at Biondi Santi. These wines are of a noble quality and this didn’t come as a surprise given the aforementioned history. We did not taste the 2010; however, the most excellent 1997 Riserva was a welcome substitute.

“My father, Feruccio, said this was the best Riserva he ever made,” said Jacopo Biondi Santi while we were mid-sip. Made from an exceptional harvest, we are told it will age for 60-100 years. Earth, truffle and currants, gentle tannins and nervy acidity were long in the mouth. This is a wine that could be defined as long-lasting yet ready.

The week of tasting provided a confirmation that Montalcino is a place where Sangiovese achieves true greatness. We visited many other notable producers and discovered great Brunello from a range of vintages, including a preview of the 2011 and 2010 Riserva categories. Please stay tuned for the coming weeks as we recount our discoveries on the FINE+RARE blog.

If you would like to speak to us about any of the wines or producers mentioned, or to be notified of future Brunello di Montalcino offers, please do get in touch. 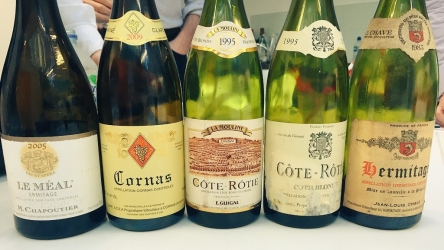 Focus on the Northern Rhone