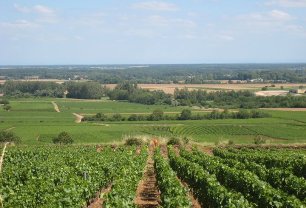 July ought not to be a great time to taste a new vintage from Burgundy. Nine months after harvest the wines are still very young – there is a reason why it’s not until November time, when the wines have had a bit longer to settle down in barrel, that the majority of the wine trade decamps to the Cote d’Or.

But this year July was at once both a brilliant and a rather difficult time to visit - for quite different reasons.

It was a difficult time because of the 2012 season. On the final weekend of June, there were dramatic hailstorms in Burgundy. The areas most severely affected were in the Cote de Beaune - 75% of the crop was obliterated in Volnay’s Clos des Chenes, for example – and Pommard, Monthelie and parts of Meursault also suffered significant losses. Clearing up after this added to an already heavy workload for the growers, with lots to do to keep the vines healthy in such a dreary summer (Burgundy has done little better than London this year). In some ways hail can be good news since reduced yields can lead to greater concentration, but good ripeness – and high quality - will require hard work in the vineyard as well as some fine weather in late summer. It would have been entirely understandable if appointments made a month earlier had had to be cancelled. But fortunately everyone managed to squeeze us in; perhaps a welcome excuse to get out of the vineyards for an hour or two!

It was a brilliant time to visit because of the way the 2011s were showing. They were remarkably open and approachable. Perhaps it was partly the comparison with 2011 Bordeaux (which, whatever you might say about them, was definitely not easy to taste). A lot of it was to do with the early malos. These progressed quickly, partly because of warm autumn temperatures and partly because of the relatively low malic acid content of the grapes – so almost all the 2011s had already finished – unlike other vintages where malos can continue into November or even January. The biggest factor though, was the nature of the vintage itself. Both reds and whites have very attractive, juicy fruit. They are fleshy and fresh, with a slightly lower alcohol content than other recent vintages that will be welcomed by many. They may not have the density of 2010 and 2009, but they have a lovely weight and balance; for anyone who prefers tension to fatness, the whites are better than 2009.

The Burgundians have thus done a good job in what turned out to be a more difficult year than initially expected. This has come, though, at the expense of quantity. Although the season started well, with fine weather during the spring and at flowering preparing the way for a good fruit set, things became more problematic with heat spikes at the end of June followed by some cool cloudy and rainy weather in July and August. After the early harvest, sorting was essential for quality: not so much because of rot, which was less widespread than feared, but more because of the unevenness in ripening which meant that green berries had to be removed. Those who wanted to make good wine had to be rigorous! The result was quantities on a par with the 2010 crop at many domaines. With 2012 likely to be small too, that makes three small vintages in a row – and growers might well be tempted to hold a bit more back as a result. Burgundy 2011 could be a scarce commodity indeed. 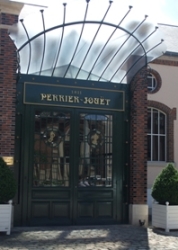