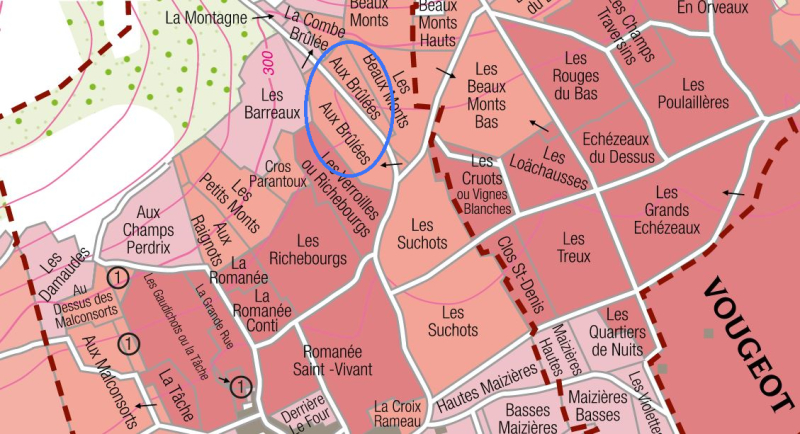 The grand cru vineyards of Vosne-Romanee are arguably the finest vineyards in the world.  Chambertin and Musigny might make a fight of it, though the clump that is La Romanee, Romanee-Conti, La Tache, La Grande Rue, Richebourg and Romanee St Vivant is some very, very serious soil.  Echezeaux and Grands Echezeaux should, strictly, be included here but they are separated from the former group by Les Suchots, which links us neatly to the subject: Vosne’s best premier crus.

The most famous of the premier crus all touch the heart of the  grand crus, the centre of which is the rough oblong made of Romanee-Conti and La Romanee.  Reignots sits above the latter, Les Petits Monts sits atop Richebourg along with Cros Parantoux and Brulees, and the very rarely-seen Gaudichots sits atop La Tache.  The grand crus are book-ended by Malconsorts to the south and Suchots to the north, with one corner of Les Chaumes touching La Tache

What all of these premier crus offer is a quality that can sometimes touch that of the big boys, frequently at a fraction of the price.  Louis Jadot’s plot of Les Chaumes is in the corner of the vineyard that borders La Tache, and this is a wine that sells very well at F+R.

In anticipation of a small offer that has us rather excited, a profile of one of the grandest 1er crus: Les Brulees.

Les Brulees is one of the high-altitude premier crus along with Beauxmonts, Cros Parantoux, Reignots and Petits Monts.  It borders Beauxmonts to the north and Richebourg to the south, with its highest part, La Combe Brulee, reaching up to the top of the vale after which the vineyard is named.  And it is the cool breeze that drops down the vale that makes for quite excellent protection against any disease and arguably adds complexity to the wine.

The topsoil consists of dark iron-infused topsoil with rocky clay overlying fractured limestone.  The drainage is excellent and the vines have the opportunity to dig right down through fissures in the limestone.  It is this, the elevation and the cooling breeze that gives Brulees its elegance and lift.

The vineyard is split by a small road, and the vines on either side have different aspects: much of the southern “Richebourg” side faces east whilst the northern “Beauxmonts” side has a gentle southern aspect.  The stylistic difference is hard to place though contrary to assumed logic, the east-facing, Richebourg side of the vineyard produces the more muscular wines.

Allen Meadows writes “While Brulees can produce wines that rival Les Beaux Monts for elegance and delicacy, there is almost always a certain taut muscularity.  Yet the muscle is svelte and proportioned and can be thought of as that of a gymnast rather than a bulked-up weight lifter.”

Les Brulees covers just 3.76 hectares plus 0.77 hectares of La Combe Brulee: this is scarce wine, often expensive, and with distinct character and class.  A refined, svelte, elegant neighbour to Richebourg. 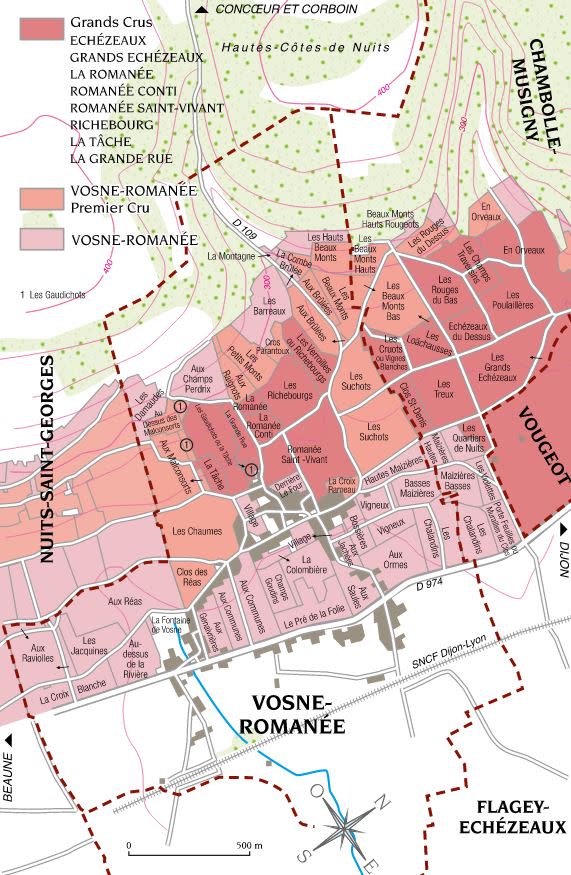 Have a question? Please get in touch, we’d love to hear from you. 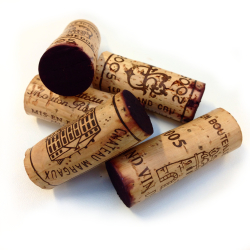 One of The Most Exciting Tastings of the Year: 2005 First Growths Masterclass