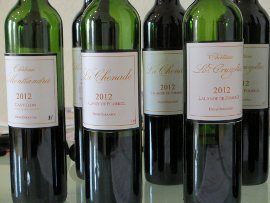 When Bud Cuchet and I visited Bordeaux in early October all looked set fair for a very good vintage. There are few better barometers of a vintage’s quality than the faces of the men tasked with making and selling the wine, and there were smiles all round as we inspected the vineyards in the beautiful October sunshine.

Sadly, whilst we didn’t bring the sunshine home with us, rain started to fall almost as soon as we left. This forced many to harvest slightly earlier than they would have hoped, as the humid weather brought the risk of rot. A potentially great vintage was lost, though 2012 is by no means a write off, and a week of tasting earlier this month confirmed there are some notable successes on both sides of the Gironde. 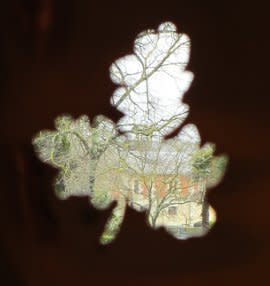 On the left bank the quality is as variable as I can remember, and the pattern of the success isn’t necessarily geographical, it is more down to each particular château. As a general rule, the best wines are from the châteaux with genuinely excellent terroir, whose winemakers chose a gentle extraction, and those who had the technology and the resources to make a very strict selection at the sorting table. The expensive optical sorting tables that the Bordelais have been showing us for the past few years have earned their keep this year.

The heterogenous nature of the wines in 2012 is such that to define the “style” of the vintage is a challenge. Some would say “classic”, though very much in the positive sense of the word for the best wines. At some estates I was reminded of 2004, though with perhaps a bit more punch, and at others of 2002, though with a touch more fruit. As far as more recent vintages are concerned, the wines are occasionally similar to 2008 and 2011, though it is far easier to make these judgments on a chateau by chateau basis rather than on the region as a whole. The nature of the late rain obviously gave those using the earlier-ripening Merlot an advantage and, as a rule, Pomerol and Graves are perhaps more successful than the Médoc, though there are plenty of exceptions.

The wine of the appellation for us was Montrose, where the charming Hervé Berland – previously of Mouton-Rothschild - has been in charge for a year now. Calon-Segur have made a typically fresh and pure wine - a genuine pleasure to taste.

Cos split the jury – I found it a little too structured in a year where the softer wines appealed more though Fine Wine Buyer Camilla Bowler thought it showed well. Part of the challenge of tasting wines at this almost embryonic stage is just that – we are tasting snapshots of potential quality, and these wines are by no means the finished article.

Other notable mentions would be Les Ormes de Pez and the usual bargain that is Capbern Gasqueton. 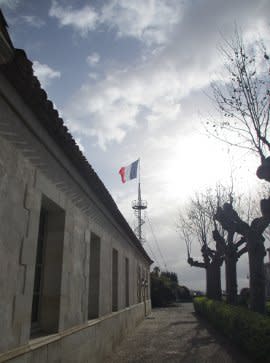 The Pauillac pecking order is well established and, for the most part, 2012 threw up few surprises. First-growths aside, our pick of the appellation was Pichon-Lalande, where Nicolas Glumineau’s influence is already being felt. Lynch-Bages have produced a typical, slightly modern effort for the vintage, and Pontet-Canet have produced the only wine on the left bank that could be described as “flamboyant”. Grand-Puy-Lacoste impressed, as did Mouton-Rothschild’s smaller siblings – Clerc-Milon and d’Armailhac. Batailley was exactly as it should be though I concede that this is a personal favourite.

Bruno Borie’s Ducru-Beaucaillou has arguably been the St Julien of the vintage for the past five years now and he has repeated the trick in 2012. In the blockbuster vintages, Ducru manages to keep its poise, and in the trickier vintages it manages to express its soul. This was a genuinely lovely wine. Léoville-Lascases was as impressive as one would expect, and Léoville-Poyferré as stylish. Gruaud-Larose was another winner and will hopefully be sensibly priced.

St Julien is almost always the most consistent appellation in the Médoc and this is again the case in 2012.

If St Julien is the Médoc’s most consistent appellation, Margaux is invariably the most variable, and can be a minefield in tricky vintages. The standout for us was Palmer – Thomas Duroux made one of 2011’s best wines and has done the same again in 2012. Rauzan-Ségla impressed, as did John Kolasa’s comments about pricing of this vintage – we need more people like John in Bordeaux.

The standouts here for me were the young guns: Smith Haut Lafitte and Pape-Clement. Domaine de Chevalier was also highly impressive, and a number of older vintages of this over-looked property (notably the 1943 and 1953) demonstrated the quality here. If you are looking for something to buy blind, year in, year out, this is it.

Much has already been made of Pomerol’s success in 2012, and to a certain degree this is true – we did taste some exceptional wines, notably from Denis Durantou: everything we tasted here was exceptional, from the bargain that is La Chenade (Lalande de Pomerol), to Eglise-Clinet itself. Clinet and Petit-Village both impressed too. Alexandre Thienpont has made an outstanding VCC in 2012, though this may be one of the trickier wines to source and production here is down by about 25% on average.

St Emilion is always a mixed bag – the differences in terroir throughout this region are confused even further by the differences in winemaking, and some growers are still making the turbo-charged fruitbombs that were so in vogue ten years ago. These wines can work in truly great vintages like 2009 or 2010, though in 2012 there was less to turbo-charge and these wines did stick out. Amongst our favourite wines were Canon, another fresh, poised and rounded wine from John Kolasa; Figeac – elegant, crisp and fine and Clos Fourtet – rich, fresh and powerful for the vintage without being overdone.

The First Growths and their Peers

In 2012 the Médoc first growths are more than ever a question of taste rather than quality. The vintage is one that proves the quality of these wines, and their ability to overcome difficult vintages. They all impressed, and to judge them qualitatively against each other is bordering on the unfair. So, from north to south:

Lafite is always hard to judge from barrel – it just seems to be a few months behind its neighbours. Nonetheless its sheer class and weight impressed and this was undeniably Lafite, with the tell-tale pencil lead bouquet.

Mouton was as always much more forward than Lafite, though not quite jumping out of the glass as it has done in previous vintages. This is a very impressive effort, with a solid core of cassis fruit. Fine tannins and a rare poise complete the package. This is seriously good wine.

Latour will no longer be offering their wine en-primeur, which has sparked some debate. The pros and cons notwithstanding, I was a little sad to be tasting a brilliant, elegant, ballerina of a Latour that will not be released for a decade. We also tasted the 1995 – their most recent ex-chateau release – which was so lovely we all spent our time drinking it rather than taking notes. Sales Director Jean Garandeau was very clear on the chateau’s new direction here, and made a lot of sense. This, and the sheer drinkability of the excellent 1995, has me more aligned with their new policy.

We are great fans of Margaux, and were shown the 2012 by Paul Pontallier’s son, Thibault (who has inherited his father’s charm). Bud and I had tasted the component parts of the 2012 earlier in the year and were very much looking forward to tasting the final blend. Fine, elegant and restrained – this is classic Margaux from the heart of the château’s holdings. Fresh, moreish and quite, quite lovely.

Haut-Brion and la Mission Haut-Brion are always a pleasure to taste – one of the most interesting comparative tastings one can do from barrel. As is most often the case, I preferred La Mission this year, though have the feeling that Haut-Brion may well turn out to be the superior wine. There is a massive 65% of merlot in the final blend in Haut-Brion (and 62% in La Mission) and these are both powerhouse wines – almost as if they are from a different vintage. Exceptional as always, as were the whites.

Ausone have made one of the most elegant, svelte and restrained wines I have ever tasted at this property. In great vintages such as 2005, 2009 & 2010 this is a wine that has buzzed with energy; indeed the wines have been so packed full of content that one has wondered exactly when they will be drinkable. In 2012 they have crafted a wine that has immediate appeal; a lovely wine.

Cheval Blanc have also aimed for restraint and elegance, and 71% of the crop made the cut for the “grand vin”. One thing is clear in 2012 and that is that great terroir was a pre-requisite for success, and there is something very “Cheval” about this wine. Another winner in 2012 but let us see how it is priced.

Le Pin is made in such tiny quantities that praise is almost not needed – just getting a case is a challenge in itself. This notwithstanding, Jacques Thienpont has made a superlative wine, a wine with richesse, class and breeding. Quite outstanding. 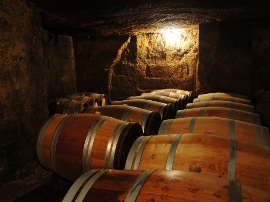