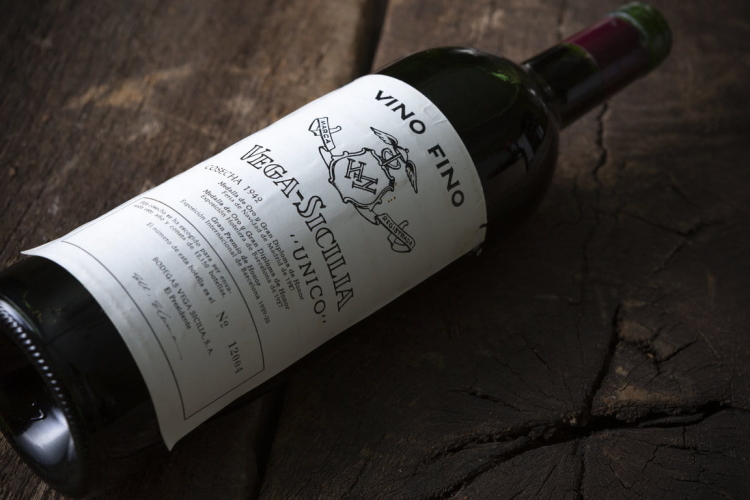 Vega Sicilia is undoubtedly Spain’s most famous winery; a true icon in fine wine with a history dating back to 1864. Its success in retaining such a reputation, and in almost complete isolation in the Ribera del Duero region of Spain, is testament to the quality and consistency of its production, although its history has not been without its challenges.

Vega Sicilia claims to be one of the longest aged and longest-lived red wines in the world, with its flagship Unico capable of maturing in bottle for well over sixty years under the right cellar conditions. Developing its style in such solitary conditions has created a wine distinct from any other and whilst the Ribera region has flourished with the establishment of wineries such as La Pesquera in the 1970s and more recently the cult wine of Pingus, Vega Sicilia today remains at the apex of the appellation.

We explore the history of Vega Sicilia, the secrets behind its success and the changes afoot as it attempts to retain the traditional methods it has become famous for whilst modernising the winery and updating its processes. We also explore the contrasting range of wines it produces from the Valbuena to the Unico Reserva Especial: Vega Sicilia’s nod to the traditional Spanish practice of producing multi-vintage premium blends.

The History of the Estate

The estate that would become known as Vega Sicilia was founded in 1864 by Don Eloy Lecanda Y Chaves, a Spanish vigneron who inherited the property in 1859. After visiting Bordeaux he brought cuttings of the Bordeaux varietals of Cabernet Sauvignon, Merlot, Malbec and Carmenere, as well as Pinot Noir, and planted 18,000 vines at the estate in Ribera del Duero alongside the native varietal of Tinto Fino (Tempranillo). By 1882 he had planted 500,000 vines on the estate, at the time known as Bodegas Lecanda.

The introduction of Bordeaux varieties was perhaps not that unusual at the time, since the Bordelais were becoming more and more influential in Spain (most notably in Rioja) having disbanded their operations in Bordeaux following the phylloxera outbreak and were actively looking for alternative regions to grow their grapes. However, in Rioja, the Bordeaux varieties were soon replaced by the native Tempranillo which proved a much more reliable and profitable choice. Whilst Don Eloy Lecanda Y Chaves initiated a winery that was to change the history of fine wine, he was initially using the grapes to make brandy rather than still wine. Although the brandy was well received amongst the aristocratic families (no doubt piquing the interest of the Herrero brothers), the estate struggled financially to make ends meet and he died in 1894 never to witness the success of his venture.

The property was bought by the Herrero brothers in the early 1900s who renamed it Vega Sicilia. As phylloxera eventually reached Rioja, the négociant Cosme Palacio was looking further afield to maintain supply for his customers. On discovering Vega Sicilia, he immediately rented the property from the Herrero brothers. He brought with him winemaker Domingo Garramiola Txomin who introduced the Bordeaux techniques of ageing wine in barrique as well as extending the élevage. He also initiated bottling the wine on the estate (Cosme Palacio was previously shipping the wines in bulk to Rioja).

The Herrero Brothers were a well-connected upper-class family who were galvanised to produce a wine of exceptional quality no matter the cost, to sell to their aristocratic friends. This quest for quality combined with the skills of Domingo Garramiola Txomin, as well as the unique combination of Bordeaux varieties and Tinto Fino (thanks to Don Eloy Lacanda Y Chaves), was the perfect recipe  for producing Spain’s first iconic wine – Vega Sicilia Unico. The first vintage of Unico was produced in 1915.

Thanks to the connections of the Herrero brothers, within two decades Vega Sicilia had become the most revered winery in Spain. Even at this time the wine had built up a reputation for its extraordinary ageing capacity. At Vega Sicilia the Bordeaux varieties became a key component to their flagship wine of Unico and have remained in the blend right through to the present day.

Throughout this time, the property became almost a self-contained village, with a school and chapel on site and many of the families working at the winery and living on the estate. Despite the winery changing hands a number of times over the last century, Garramiola’s legacy has lived on through the winemakers that followed in his footsteps; figures like Martiniano Renedo, who was initially Garramiolo’s assistant, and especially Jesús Anadón, who was instrumental in maintaining the quality and reputation of the wine through the middle of the 20th century. Amazingly there are workers on the estate today whose families have worked at the winery for generations. Today the master cooper at Vega Sicilia, along with his brother Jesus Yanez, is the fourth generation of his family to work at the property. The winemaker between 1968 and 1998, Mariano Garcia, was the son of one of the farm workers on the property. 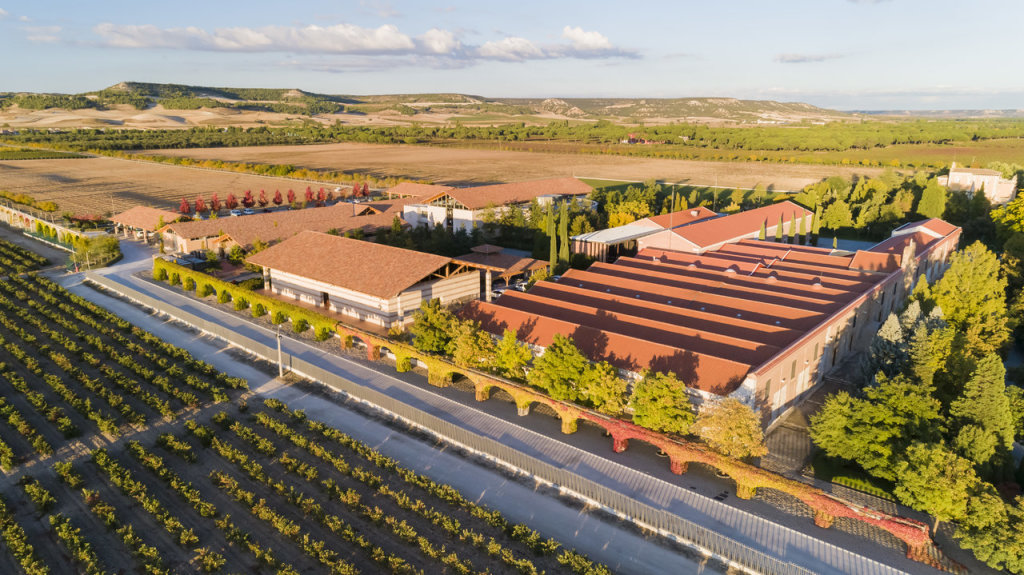 Despite its global reputation, its exclusive allocation list and long history, the winery and vineyards went through bouts of dilapidation during the 1950s, through to the late '70s, whilst at the same time producing some of the most legendary vintages. On purchasing the property in 1982 the Álvarez family began to make huge investments into the estate, renovating the winery and carrying out an extensive replanting program in the vineyards. 1982 was also the year Ribera del Duero was awarded its DO appellation status and no doubt helped further promote Vega Sicilia as the historical icon of the region. The winery and the appellation has never looked back since.

Vega Sicilia is situated on what is known as the “golden mile”, a stretch of road between Pañafiel and Tudela de Duero, where the prestigious wineries of Vega Sicilia, Pingus and Pesquera are all situated. Driving through, it is a somewhat underwhelming sight as far as vineyard vistas go, so much so you could almost pass through it without noticing. Being an altiplano there are no sweeping mountainous views, you only feel the altitude from the freshness of the air. In the higher vineyards of Soria at the edge of the Ribera appellation you are rewarded with more vistas, as well as a sense of history with evidence of prehistoric cave-like dwellings where farmers sheltered from the extreme climatic conditions of this largely desolate region.

Whilst there are pre-phylloxera ungrafted vines dating back over 100 years dotted around the region, the vines at Vega Sicilia - with vineyards at 700 metres - average around 35 years of age. Vega Sicilia have an extensive replanting scheme in their vineyards preferring the quality of their fruit in their mid-life as opposed to old age, with typical vine age in Unico around 60-65 years old, with the younger vines going into the Valbuena cuvée. 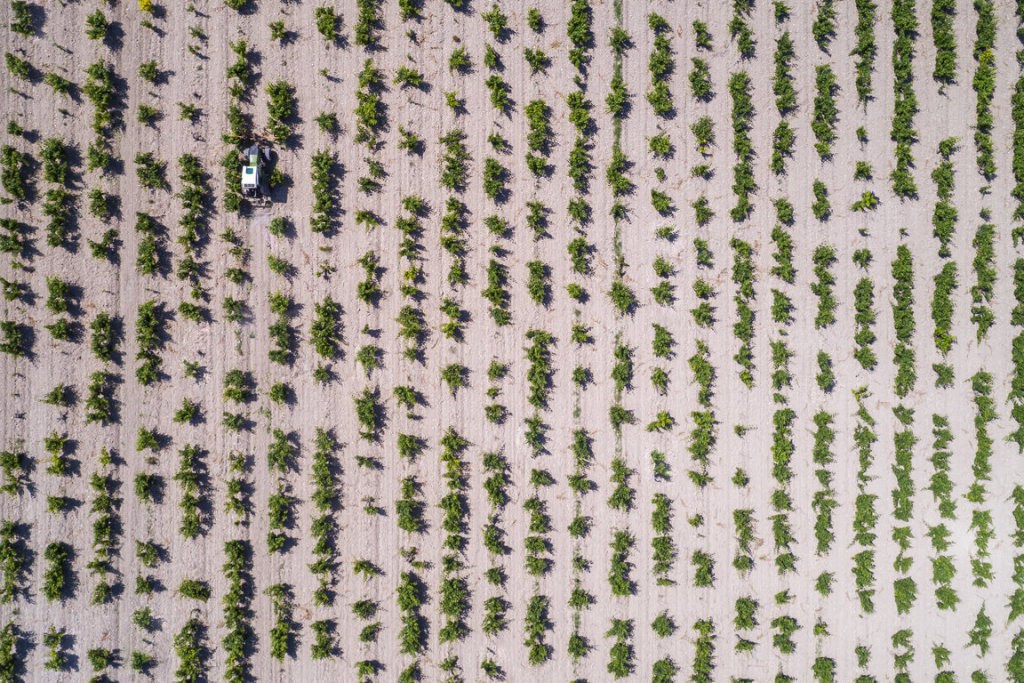 The high altitude and continental climate means extreme conditions are at work in the vineyards. Winters can be very cold whereas the summers can be fierce. Most notably in regards to grape growing, due to the altitude there is a huge diurnal shift in temperatures from day to night helping to retain the acidity and freshness in the grapes whilst reaching high levels of ripeness.

The main grape in all Vega Sicila wines remains the Tinto Fino (the particular clone of Tempranillo) distinct to the region. The Tinto Fino is said to produce smaller berries with higher concentration of tannins compared with the Tempranillo grown in Rioja. The Unico also has a proportion of Cabernet Sauvignon in the blend (anything from 6-20% in more recent releases) with a higher proportion in older vintages. In the Valbuena, the majority of the blend is Tinta Fino with a small amount of Merlot (typically 5%) . The property is huge in scale with 200 hectares of estate owned vines producing anything from 40,000 to 100,000 bottles of Unico each year depending on the vintage. 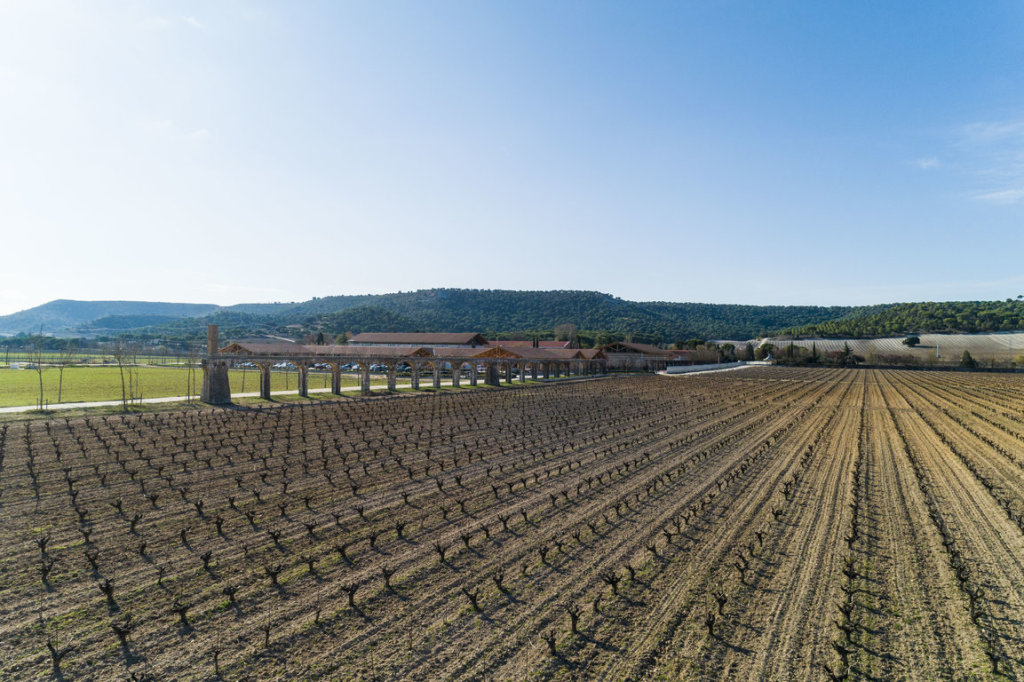 The style of the flagship cuvée of the winery has remained virtually unchanged since its inception in terms of production, although assemblage has modernised. Élevage times have reduced and the influence and proportion of Bordeaux varieties has become less in more recent releases.

In the past Unico was only made using huge 40,000 litre fermentation tanks (this was all that was available at the winery) therefore in a difficult vintage, if this sort of volume was not possible at the quality level they expected, then no Unico would be released that year. Since 2010 the winery has introduced smaller 8,000 litre tanks, enabling smaller micro-vinfication of their wines and suggesting a release of Unico every year (in varying quantities) is more likely. 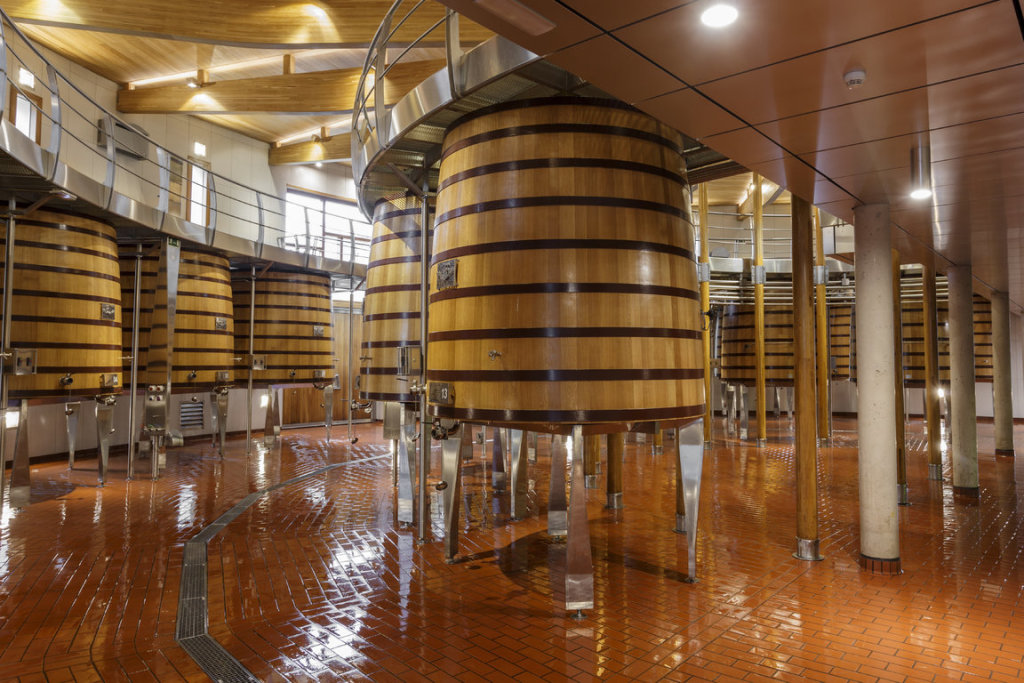 The winery today operates at a spec similar to the top estates in Bordeaux. They have introduced 81 separate fermentation tanks allowing them to carry out intra-plot fermentation. The have introduced highly sophisticated sorting tables, there is more temperature control of the wine and the winery is now completely gravity fed enabling greater precision when it comes to winemaking.

Following fermentation, the wines destined for Unico are blended in small oak barriques (50% French oak / 50% American oak) for 12-24 months depending on the vintage. The French oak is 100% new whilst the American oak, coopered on site, tends to be one to four years old. Following barrique ageing, the wine is then transferred to large old oak casks where it typically matures for five years before being bottled and aged further prior to release. Unico is typically released at 10 years old. 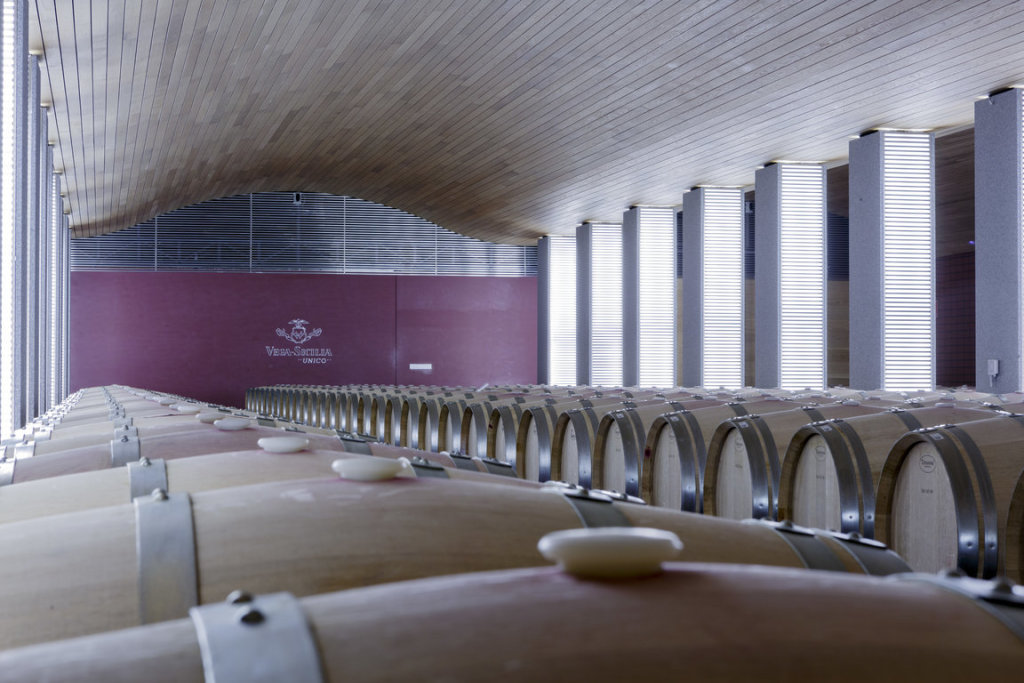 The Valbuena typically comes from the younger vines of the estate and is aged in oak in barriques for 12-18 months before being transferred to larger old oak casks for a further 18 months prior to bottling. It is then aged for two years in bottle. Valbuena is typically released at five years old.

The Reserva Especial is the mythical bottling that initiated the Vega Sicilia legend. It is made up of choice parcels from a blend of vintages (in recent releases it tends to be select parcels from three vintages). Prior to the 2001 release, details of the blends of older bottlings are not very easy to come by. With only 15,000 bottles produced this is the rarest cuvée from Vega Sicilia and a nod to the traditional multi-blend wines that were typical prior to vintage specific bottlings becoming more popular in the mid to late 1800s. 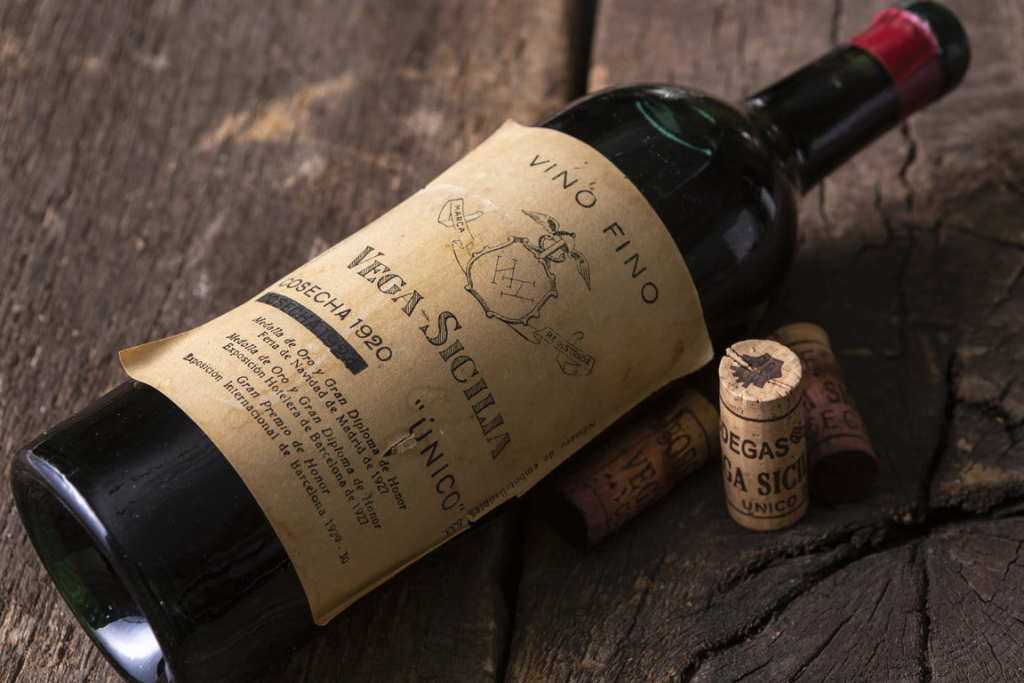 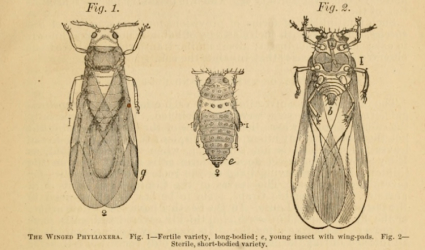