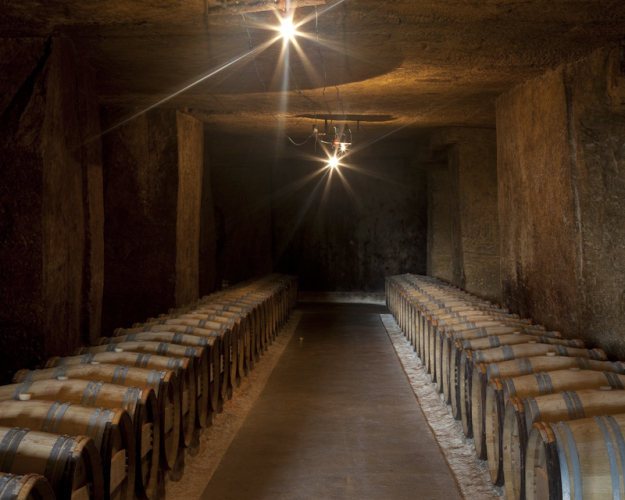 Our wines of the vintage with scores out of 20 points in brackets:

I remember asking my colleagues at this time last year how the big-boned 2010s would taste if they had less alcohol. Well, after a week of tasting the 2011s, we have got a pretty good idea because many 2011s are clones of their 2010 counterparts, with one exception: they are circa 1 degree lower in alcohol. I’m sure many of you are thinking “lower alcohol, hallelujah!” however it begs the question:

With that richness missing would the other components lack balance?

Thankfully the short answer is “No” however the 2011 vintage was one born of adversity (drought, hail, mildew and rot) so the truth is more complicated. What is worth saying from the off though is that 2011 is a far better vintage than any of us imagined and in at least two major districts (St Julien and Pomerol), a very, very good vintage indeed.

The wines on the whole have a darker fruit character than any I can remember. Black hedgerow fruit (sloes and damsons), currants and even black olives have all made multiple appearances in my notes. Many are also formidably tannic and often have a higher tannin index (IPT) than the record breaking 2010s. Thankfully the tannins at the majority of top chateaux were well controlled adding a terrific scaffold to the wines; however there were also examples with overly dry tannins and some which were downright brutal, which doesn't auger well for their futures. The 2011s also share the same bracing acidity as the 2010s, though I would stop short at describing the majority of wines as "fresh", as for me that describes the character of the fruit: fresh cherries, blackberries blackcurrants etc. The very black fruit character of the 2011s means the wines are more "bright" or "sappy" than fresh. This is a much generalised view however and there are many examples of wines which exhibit lovely sweet, fresh fruit characters, especially in St Julien and Pomerol. These wines are more like the hugely stylish 2001s and the best are very charming indeed.

Bordeaux experienced the same early, very warm spring in 2011 which we enjoyed in London. This got the vines off to a good start and flowering took place even earlier than the baking hot 2003 vintage; both the colour change and harvest were also early with very few chateaux harvesting beyond mid September.

Lafite summed up the prodigious growing season best. Compared with the 60 year averages, the bud-break was 9 days early, the flowering 15 days early and the colour change 18 days early.

While there was plenty of rain in the winter before; spring and summer were both very dry and the resulting grapes were small and thick-skinned. To give this some analysis, a typical Cabernet Sauvignon grape weighs 1.5g; in 2011 it was only 1g. This high skin to juice ratio is the reason for the dramatic tannins.

One thing that appears to have taken many winemakers by surprise was the speed of the alcoholic fermentations, which in many cases lasted just 24 hours. Winemakers who were caught out by this and who didn’t take precautions to cool the vats, were left with prematurely extracted wines along with a stark choice: continue with the post ferment maceration (the 2-3 week period of extraction of colour, fruit and tannin using techniques such as pumping over, punching down the cap of skins and the more extreme delestage which involves emptying the vat of wine and then spraying it back onto the skins and pips) and risk adding to the already formidable tannin levels or else shorten the maceration to control tannins but risk having hollow wines lacking fruit.

Not everyone got it right, but at the best properties a well controlled fermentation was followed by a couple of weeks of gentle extraction resulting in wines with grace, balance and generous juicy mid-palates.

It is worth pointing out that February was brutally cold in Bordeaux and many winemakers felt their 2011s were slower to develop than in previous years. For wines just 6 months old which will evolve in barrel for at least another year, any retardation at this early stage can have a marked affect on their personalities. Throughout our report you will see wines marked with a “+” (e.g. 17+) these are wines which we believe will shed any awkwardness and go on to be better than we first thought.

Two districts stand out from the crowd this year: St Julien and Pomerol. Take a look at the list of 17 best wines at the start of this report and you will see that once you remove the First Growths, of the 12 wines left, 5 are from Pomerol and 4 are from St Julien.

Of the two, Pomerol with its many small properties and various terroirs is more heterogeneous but its stars shine very bright indeed. Although they are not included in our list of wines of the vintage, five of the top Pomerols could easily have been included: Hosanna, Providence, La Fleur Petrus, Trotanoy and Certan de May are all absolutely fabulous. Conseillante, Le Pin, Lafleur, VCC and Eglise Clinet are also superb and collectors of great Pomerols should not hesitate to snap up a few cases.

Almost without exception St Julien is flat out great. Ducru is a serious contender for wine of the vintage with all three Leovilles (especially Lascases which is magnificent), Gruaud Larose, Lagrange, St Pierre, Talbot, Gloria and Branaire all hot on Ducru’s sexy heels.

Pauillac is also pretty good. Mouton leads the pack this year but young upstart Pontet Canet is probably as good, as is the chiselled, ethereal Latour. Of the major Pauillac properties, only Lafite left us scratching our heads. It seemed awkward, brutal and lacking charm. However it would be unwise to count out “The First of the Firsts” just yet.

Margaux is the usual mixed bag. The eponymous Chateau is wonderfully aristocratic and, while not quite the match of the perfect 2009, still stands head and shoulders above the rest of the appellation. That said, Rauzan Segla is on terrific form this year and Palmer, Brane Cantenac and Giscours are also all very good.

Of the major districts of the Medoc, St Estephe is very up and down. A brutal September hailstorm of biblical proportions caused huge damage to many properties. Only Montrose deserves a place at the top table this year, although a restrained, elegant effort from Cos d’Estournel is certainly worth a mention. We were unfortunately not able to visit Calon Segur, though we hope to be able to taste at the property very soon.

The rag-tag band of suburbanites to the south of the city in Pessac, Leognan and Graves are the usual mix of magnificent (Haut Brion), respectable (Domaine de Chevalier, Pape Clement) and god-awful (L’Arrivet Haut Brion). The whites however from this part of the region are terrific in 2011, especially at Haut Brion and Domaine de Chevalier. If White Bordeaux is your thing, there are great wines at all price levels.

Of the major appellations that just leave St Emilion. Historically this is always very mixed but this year the wines of this large district were (on the whole) an absolute pleasure to taste. The lower alcohols allow the wines to display their bright juicy, fruity personalities and while there is still a club for winemakers who insist in extracting everything including the kitchen sink from their grapes (founder member Pavie is still the worst offender), there was a lot to like in St Emilion in 2011.

To sum up: 2011 is a good to very good vintage. The best wines from Pomerol, St Julien and (to a lesser degree) Pauillac are fabulous and in the sweet, silky vein of 2001. There are some tricky tannins around, but winemaking has moved on since 1975 (a famously tannic year) and the vast majority of estates have done what was needed to capture the buoyant fruit and sappy acids to balance the tannin. Most of the top wines will be drinking well towards the turn of the decade and will last very well. 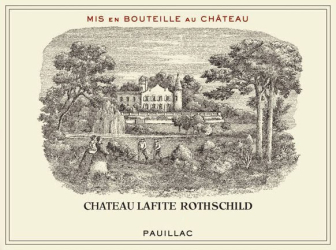