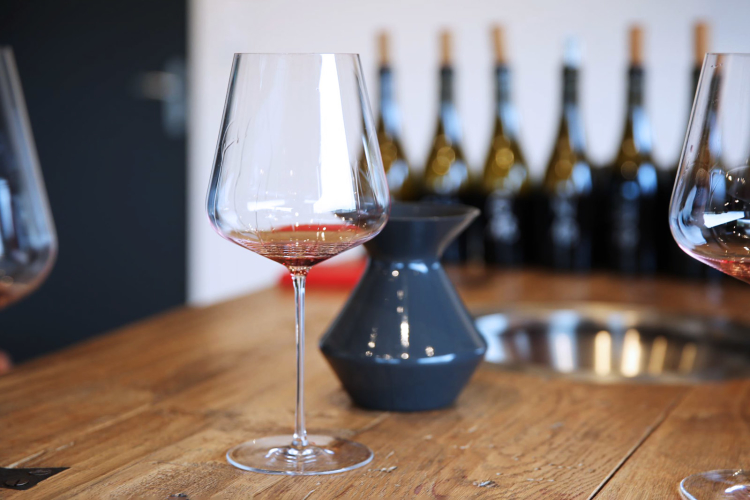 In the first of a new monthly series, we ask a handful of our team to pick a wine or spirit they’ve tasted recently – a bottle that surprised, delighted or merely lived up to high expectations. Here’s what they chose

“Few distilleries have the foresight, nor luxury, of laying down casks and waiting more than a generation to bring them to market. Even fewer casks can withstand six decades of maturation without either falling (naturally) below 40% alcohol (the legal requirement for Scotch whisky), let alone emerging harmonious and of the superior quality to warrant a 60-year-old single cask release. Hence it was a rare privilege to taste the latest Glenfarclas release – a 60-year-old single cask which surpassed even my very high expectations.

“You could almost feel the winter chill over Zoom, as sixth-generation George Grant talked us through the whisky from the dunnage warehouse that had held the cask in question. Distilled in 1959, this whisky predates gas-fired stills – meaning the still was coal-fired, a more intense process that created the toffee and caramel notes instantly evident; while there’s a slight sweet peatiness here (unusual for a Speyside) because back then they would have used peat to dry the barley. This cask was one of six filled at a time when 80% of Glenfarclas production went into blends, and annual production was the equivalent of just two to three weeks’ worth of that made by the distillery today. It was also the traditional – and no longer permitted – transport casks, seasoned with Oloroso Sherry for decades, then decanted on the docks of Glasgow or Edinburgh before journeying north to Speyside.

“The resulting whisky exemplifies the Glenfarclas style with aplomb. Christmas cake, candied orange and cinnamon spice are all in perfect balance after 60 years marrying in one cask. The flavours are intense – but, with a natural ABV of just above 40%, they are integrated, with a silky smooth texture on the palate. The length of flavour is astounding going from orchard fruit to brandy butter with Christmas cake and an Oloroso nuttiness at the very end.”

“Working from home and lockdown means I have been digging into my very modest wine collection – finding and inventing excuses to drink bottles I had been saving for some future special occasion. While there’s now not an awful lot left, as London entered a second lockdown this week, I pulled out a gem from the wine rack – Gaja’s 1995 Sperss. I’m a self-confessed Italophile; it’s been over 100 years since my ancestors came over from Italy, but I have not lost a taste for the old country and the wines of Piedmont are those that make me happiest. I find the heady mix of rose, tar, perfume, fruit and a whiff of something I can’t put my finger on quite haunting.

“There aren’t many people who can manipulate the Nebbiolo grape like Gaja: Sperss is one of their flagship wines and 1995 is a vintage of legendary status. It was singing: with a couple of hours in the decanter, it opened up into something very special, with notes of plum, perfume, dark cherry, baked strawberry, as well as leather and tar. Still very structured even 25 years on with incredibly fine tannins, the palate revealed black fruit, plums, tar, dark cherries, dried fruit and a lovely level of acidity – making it perfect with food. In my case it was matched with a giant Galician rib-eye – Fiorentina style to keep with the theme. Long and memorable, this is a wine to savour – and one I won’t be forgetting any time soon. Who said you need an occasion to drink well?”

“This was an absolute steal of a buy earlier this summer: we offered collection cases of this under-the-radar St Aubin Premier Cru from Au Pied du Mont Chauve, featuring the 2013, 2015 and 2017 vintages, and it has been great fun exploring them in recent months. A 2013 opened last weekend was right in its prime, still offering a line of acidity but having put on weight and body, offering up flashes of creamy richness and grilled peaches with streaks of preserved lemon. Very long, with touches of grilled nuts and spice, this still has some way to go, but the remaining bottles will be hard to resist for long.”

“One of the best parts – correction – the best part of my job is that I get invited to tastings for new releases of the world’s top wines. One of the silver linings of lockdown has been getting sent bottles to taste at home. I have been especially grateful for the gift of Champagne in recent months – not only are the wines enjoyable to taste any time of day and always mood-enhancing, but the last few months have been jam-packed with excellent new releases.

“A highlight of recent tastings was Philipponnat’s 2009 Clos des Goisses Juste Rosé. Wow! What a powerful, beautiful, impressive Champagne. I was able to enjoy this with friends and after the initial quiet reverence that a wine of this magnitude evokes, we had so much fun coming up with descriptors for all the wonderful, complex, vibrant aromas in this wine: manuka honey, lavender, morello cherries, salted caramel – like kids in a sweet shop. It was a joy to taste and I’d love to have a few cases, but alas there isn’t enough to go around, so I will have to be content with the memory.”

“This wine is a real touchstone in my journey discovering Burgundy. Initially tasted en primeur in 2013, it was my first opportunity to try the wines from the supremely talented Pierre Duroché (who had taken full control of the domaine in 2009). Even then it took my breath away – and I have been an avid collector ever since. My wedding seemed the perfect opportunity to open the first few bottles of Grand Cru and the 2012 is as magical today as it was when I first tasted it seven years ago. It is one of those special bottles of Burgundy that causes a rush of endorphins and a cerebral “Wow, what just happened… can wine actually do that?!” kind of a feeling. It’s still wonderfully young, but entering its long drinking window now. If you want endorphin-releasing Burgundy, look no further than Duroché.” 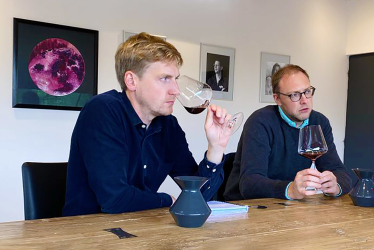