What is Barolo Chinato? 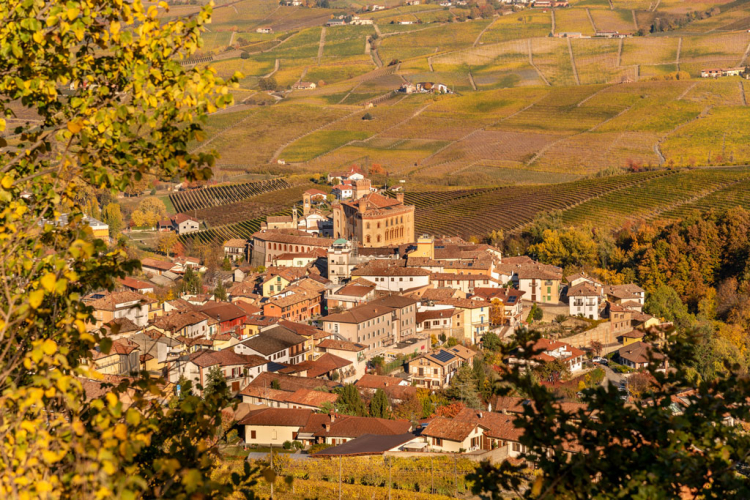 It is fair to say Barolo Chinato is a niche category. While some may know it well, others might have never heard of it. We explore the history of Barolo Chinato and why it’s firmly got a place in our hearts and drinks cabinet

Barolo Chinato. Utter these words and you’re likely to receive one of two responses – “I absolutely adore it” or “Come again?” For the unacquainted, Barolo Chinato is an aromatised, fortified wine from the Piedmont region. It is made by infusing up to three dozen herbs and spices, the principal one being quinine, in grape neutral alcohol. The infusion is then used to fortify Barolo DOGC wine made from 100% Nebbiolo grapes. The blend is then matured in oak barrels for up to 12 months. Prior to bottling, a small amount of sugar is added. At around 16% alcohol, it is the same strength as most red vermouths. Its name comes from the Italian “China”, for quinine.

Two men are credited with the invention of Barolo Chinato: Giuseppe Cappellano and Giulio Cocchi. It is thought Italian pharmacist Cappellano created the recipe in Serralunga d’Alba in the 1800s and Cocchi created a new formula in 1891.

“I first tasted Barolo Chinato 10-15 years ago, when I was forging my path in the world of vintage spirits, and still remember being struck by the complexity of the drink,” purveyor of antique and unusual spirits, Edgar Harden, tells me. “The soft, viscous mouthfeel, the fruit flavour compounded with herbs and spices and a bittersweet finish lingered until the next sip,” the Old Spirits Company director adds.

Harden is an expert in rare and vintage cocktail ingredients – for want of a better word – often from defunct or discontinued producers. He says we are “blessed” to live in a time where there is such a range of antique vermouths, amari and Barolo Chinatos available. If you know where to look, he says, there are “hundreds of brands from every little town in Italy” to be found, and interest in these liquids is at an “all-time high”.

Barolo Chinato was originally meant to be consumed any time after bottling. But, because of the additional alcohol and small dose of sugar, it can be left for decades, even a century, if it has been stored correctly – “in its brown glass bottle in proper, dark, humid, subterranean environment,” Harden explains.

“Although Barolo Chinato is only slightly stronger than a Barolo wine, the introduction of a grape-spirit-based liqueur into the blend provides it with significant fuel for longevity,” he continues. “The inevitable oxidisation that occurs in a product on the lower part of the alcohol spectrum, the different rates of decay of the 30-plus herbs and spices and the recombination of those receding and advancing flavours at rates not originally intended provide for magical and harmonious combinations for the palate.”

He says, while traditionally it would be served neat, room temperature, in a small glass after a meal with dark chocolate, it is increasingly being used as a stand-in for many vermouths and Amari in classic and modern cocktail recipes.

Cocchi owner and Managing Director Roberto Bava says this idea to promote Barolo Chinato as the perfect companion to dark chocolate (“Like the French had with Pineau de Charentes,” he explains) saved the drink from extinction in the 1970s.

To many people’s surprise, the idea worked and the number of producers steadily increased. “It was a very simple detail but it was the lifesaver of the whole category,” Bava says, “I am very proud of this”.

Bava acknowledges Barolo Chinato is and will likely remain a “boutique” product, in part because of its price – “of course it is more expensive than amaro – you have to use a DOGC Barolo to make Barolo Chinato”, he says – but he believes its heritage and quality will continue to recruit fans.

With these credentials, and an ever-growing appreciation for rare and intriguing liquids, we think this lesser-known export from the prestigious wine region is going to struggle to remain a secret for much longer.

Read more about vermouth, or browse our range of antique Barolo Chinato from the likes of Conterno and more 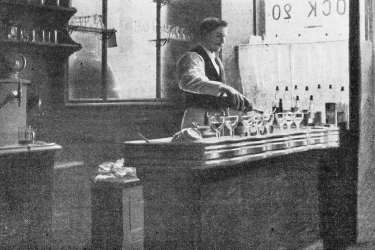 The history of vermouth in cocktails: shaken not stirred