Following on from an amazing evening with Chateau La Mission Haut-Brion at London’s most exciting new restaurant, Davies and Brook, we caught up with Head Chef Daniel Humm. The iconic chef behind Claridge's new fine-dining establishment is most famous for setting up Manhattan’s Eleven Madison Park - rated No.1 in the World's 50 Best Restaurants in 2017.

The wine list at Eleven Madison Park has to be seen to be believed; it is surely one of the greatest in the world. Alongside Daniel Humm, we also spoke to Eleven Madison Park's Wine Director, Cedric Nicaise, about their vinous inspirations and the new project in London. 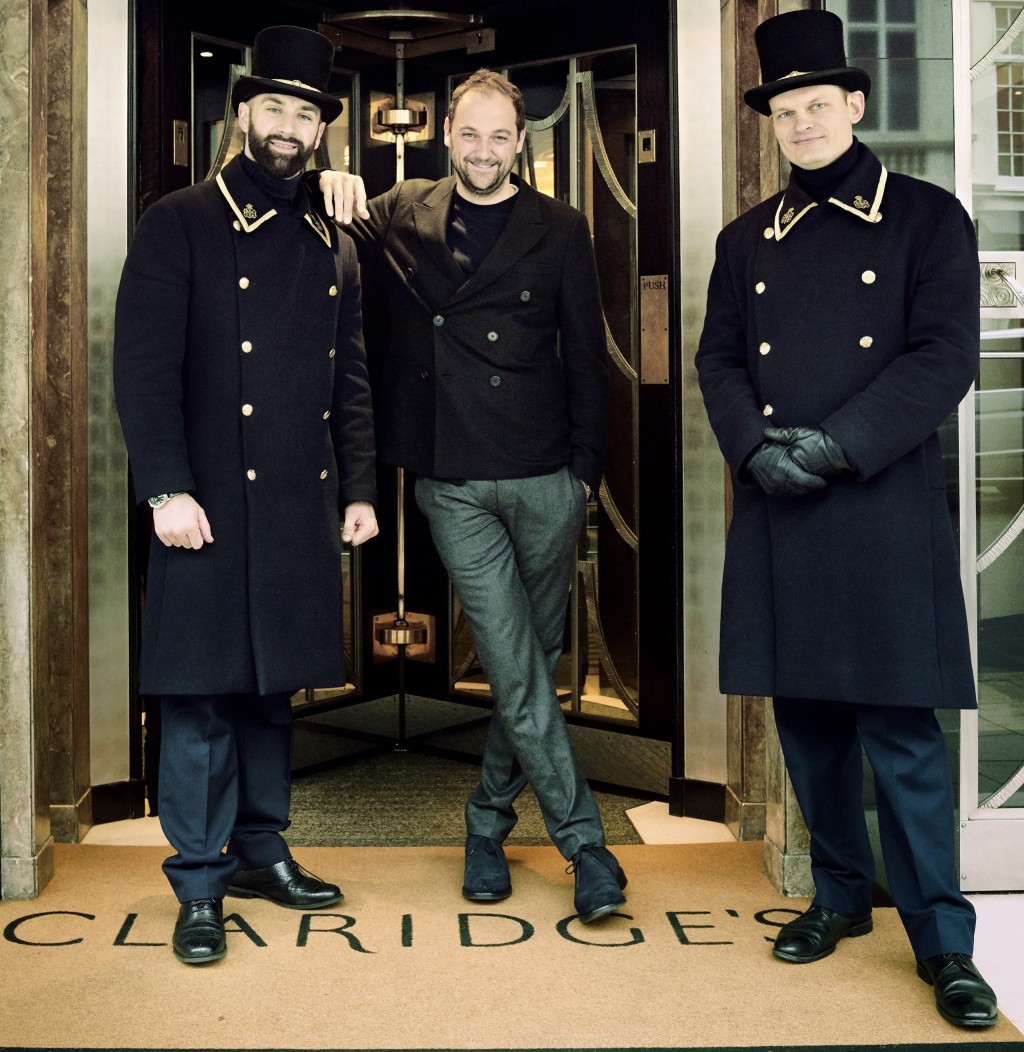 Daniel Humm at the entrance of Claridge's. Photographs courtesy of Sebastian Nevols ©

Davies and Brook is your first venture in London. What was the attraction to set up a restaurant here?

Daniel Humm: I’ve always considered London to be a sister city to New York in terms of its energy and food culture, so I’ve always been drawn to it. I also used to work at Claridge’s over 25 years ago as a commis, way at the beginning of my career. It’s a real full-circle moment to come back to one of the places where it all started for me, especially when I consider how lucky I am to open a restaurant in one of the most highly-regarded grade dame hotels in Europe.

How does it differ to Eleven Madison Park?

Daniel Humm: Though there is a lot of influence from Eleven Madison Park to be found at Davies and Brook, it is definitely its own project with its own personality. We are really influenced by the culture of London and how it is truly a global city, and I am also inspired by my own travels over the past few years. We wanted to look at what fine dining is and then try to imagine what it could be – our menu is more flexible and accessible here, with a la carte and tasting menu options. We serve lunch every day and have an all-day bar menu where you can order small dishes throughout the day and into the evening. Being at Claridge’s really inspired us as well – we wanted to create a restaurant that respected and extended the history of one of the world’s most storied hotels. 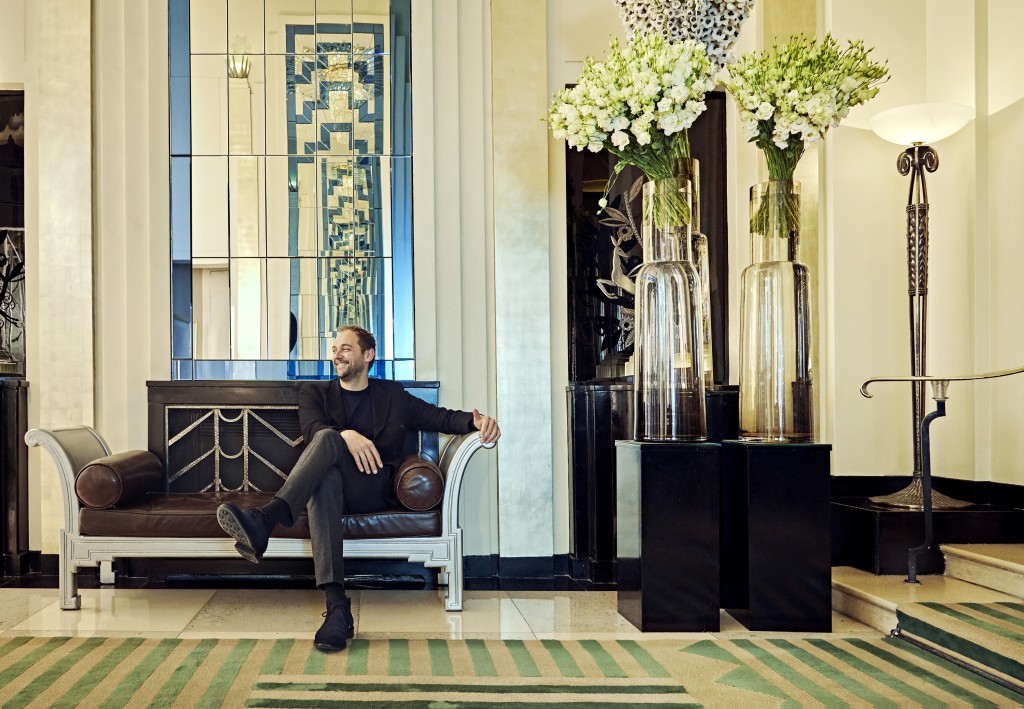 What are the key signature dishes you have brought over to Davies and Brook and what new creations are you most excited about?

Daniel Humm: We of course brought our classic lavender and honey duck dish from Eleven Madison Park to London, and it has been received really well by guests. Our team in London, led by Chef Dmitri Magi, has done an incredible job making sure that the quality is consistent on both sides of the ocean. I’m really excited to have the opportunity to work within the culinary traditions and with local produce here in the UK.

You grew up in Switzerland. What were your favourite dishes growing up?

Daniel Humm: I grew up in a place where what we ate was determined by what my mother found at the market that day. Of course one dish that has always inspired me wasn’t really a dish at all – the milk and honey that my mother used to make me before I went to bed every night has inspired so many desserts at all my restaurants and remains one of my favorite flavors.

Who has been your biggest influence in your cooking and why?

Daniel Humm: I am lucky to have had many mentors in my career and people who looked out for me and inspired me. Gerard Rabaey taught me discipline early on in my career and that has had an impact on me my whole life. Many artist friends like Roni Horn, Daniel Turner and Rashid Johnson have inspired me and helped me find my voice and understand my own philosophy about cooking. 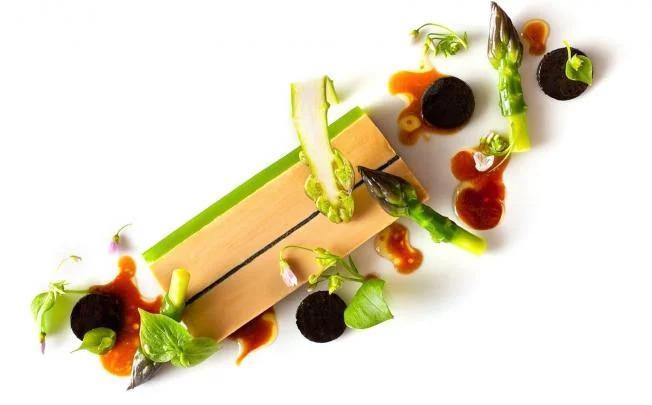 The wine list at Eleven Madison Square is mind-blowingly epic! How long did it take to collate such a collection?

Cedric Nicaise: Thank you, that means a lot.  The cellar at Eleven Madison has been a labor of love sine 2006/2007.  Before then the restaurant had invested some resources, but nothing like it would moving forward.  The one thing that should be noted is that the cellar at EMP has only had 3 caretakers in that time and at least 2 have had tremendous impact.  Frist was John Ragan who became the wine director around the same time that Daniel Humm became the chef.  John is the one that started the growth of the list.  When he took over the list was few 100 wines.  When he left towards the end of 2011 the wine list had grown to 2500+ wines.  He was replaced with Dustin Wilson.  Dustin had much less overall growth to do, by the time he was done after 3.5 years the list was at most 4000 wines.  But Dustin added a cool factor to the list, before him the wines were very classic, Dustin placed an importance on some of the things happening around the wine world, things with a natural bent, “new Spain”.  Things like that.  He also developed the Northern Rhone section to being a world class section.  I took over for Dustin in May 2015.  My job has been the easiest.  The list has grown to 5000 wines and I have tried to keep up with the ideals of my predecessors.  While also adding my fingerprint.  I have developed white burgundy the most, but also represented back vintage California Cabernet to a greater degree.  Red Burgundy has also been fleshed out quite a bit.  Overall I have not actively tried to grow the list, even though it has grown, but I have been buying with an eye to the future. Trying to keep wines in the cellar for longer.  Hoping to have more wines that are 3-5 years old, instead of just old wine and young wine.  I have also, like my predecessors tried to keep a great deal of value on the list.  Right now we have roughly 350 wines under $100.

Was it always the plan to have such a comprehensive fine wine list?

Cedric Nicaise: I don’t think that it was a spoken intention.  I know that when Chef Humm took over the kitchen, his goal was to have a world class restaurant, and part of that was to have a world class wine list.  When the restaurant started speaking openly about being the best in the world, on the wine team we spoke about having the best wine list in the world.  I think we are far from that, but you have to have goals.

How important is matching the restaurant dishes with the right wine, or do you see them as separate entities?

Cedric Nicaise: I believe that those two ideas are not mutually exclusive.  I think that it is very important to have wines that go with the food.  And I think we do.  But the wine list is not for me, or for Chef Humm, the wine list is for our guests.  And if our guests want to dink young Cabernet with their oysters, or white burgundy with their steak, who am I to tell them that they are wrong, even if I thought they were.  Wine should be egalitarian, and not pretentious.  Drink what you like.  Ideally, if the wine is good, and the food is good, isn’t that a good pairing?  However, if a guest wants us to choose wines to go with their food, its so important to have wines that can do that.

What was the lightbulb moment for you with wine – what wine blew your mind?

Daniel Humm: For me, it wasn’t that I had a lightbulb moment – from the early days, wine was always a big part of my life. Wine was always on the table at every meal, and I love that part of the European culture. Because of that, I always find myself drawn to wines that have a sense of place and tradition.

How important is wine in your life? Would you call yourself a collector?

Daniel Humm: No I am not a collector, but wine is something that I am always thinking about when we are developing a dish or a menu. It’s a central thought to me, what wine does to food and vice versa. That dialogue is so essential to the way that I cook and the way that I eat. Wine is so important because it carries a real sense of place and culture – you can taste the soil, the appellation, everything. When you are drinking wine you are informed about a place and a time, like reading a book or eating a meal. There is pleasure there, but also information. I believe that wine is one of the best ways to get to know a place.

What would be your desert island wine? 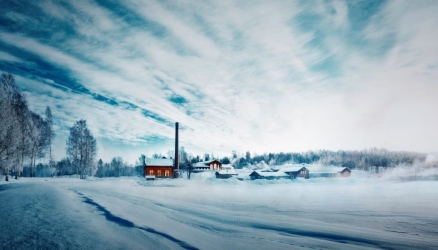